Anyone who has spent serious time playing live poker knows that it’s about more than just the cards in your hand. Beyond the percentages and range calculations, live poker is a game of people. And if you take the time to learn how those people behave in certain situations, they will reveal their hands to you over and over again, even if they never show you a single card. Taking advantage of these behavioral tells will give you an enormous edge over your opponents. And those tells are definitely out there – but only if you know how to spot them. 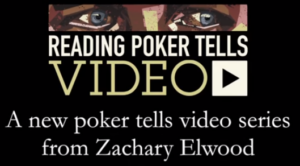 In the words of the immortal Rounder, Mike McDermott:
“They wear their tells like signs around their necks. Facial ticks, nervous fingers, a hand over a mouth, the way a cigarette is smoked. Little unconscious gestures that reveal the cards in their hands. We catch everything. If a fish acts strong, he’s bluffing. If he acts meek, he’s got a hand.”

With Zachary Elwood’s new “Reading Poker Tells Video Series” – a poker training site devoted entirely to the study of physical tells – the comprehension of a lifetime study is available to you right now. Best of all, you can even check out some free sample content by clicking the offer below:

Any fan of poker should be a member of the site for the sheer entertainment value of the content. The subject is fascinating; it’s nearly impossible to not be completely absorbed in the hands presented, testing your own people-reading skills as the hand unfolds. I found myself mesmerized. Even if you don’t use it as a study aid, it’s just plain fun to watch. 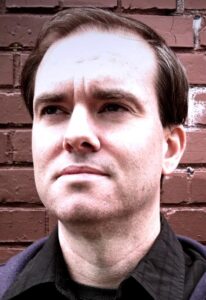 But of course, these are training aids and they absolutely function as such. The amorphous concept of “tells” is broken down into topics that are easy to conceptualize, including the amount of time an opponent takes to bet, opponents who talk during the hand, and my personal favorite, “ostentatious behavior.”

Each video starts with a simple iteration of the concept and shows progressively more complex variations. This creates natural break-points in the lessons that allow you to slowly build an understanding of the material.

For example, the first video on “defensive hand movements” begins with obvious gestures before moving on to more subtle ones. You learn the concept first, and only then move on to the kind of subdued movements you are more likely to encounter. It’s akin to learning to hit a fastball; you start at half the speed and gradually move up.

Although the content is both compelling and useful, I do have one criticism; namely that Elwood’s delivery of the material can be slightly monotone at times. This is not just nitpicking stylistic delivery.

The in-depth nature of the material means long study sessions with multiple viewings are required to truly assimilate the lessons being taught. Listening to a presentation without  enough energetic auditory does make the process less effortless than it could be.

Admittedly, my first reaction to the concept of a physical tells training site was skepticism. Everyone knows tells exist, but I had my doubts that they would be both extensive and systematic enough to warrant an entire training site.

But five minutes into the first video I had already been won over. Each tell is laid out in a complex map of its variations and subtleties. Elwood takes great care to go into not just “what to look for” but also the psychology behind the action.

This approach takes what could easily devolve into a patchwork of “if X, then Y” rules and instead dynamically shows you not just the what but the why. The result is not a checklist, but a holistic picture of how emotion, biology, and evolution combine at the poker table. You won’t just gain a few tips and tricks – you’ll have a deeper understanding of a critical aspect of live play.

In an era where everything is “optimized” mathematically, it’s great to see the same kind of treatment being applied to the more esoteric concepts of poker. If this site hadn’t existed already, they would have had to build it.