Red Chip Poker Wraps Up Season 3 of Their Podcast

A few weeks ago we published an article recapping the highlights of the first six episodes of Season 3 of the Red Chip Poker Podcast. The co-hosts, James “Splitsuit” Sweeney and Zac Shaw have now successfully wrapped up the third season of their poker strategy podcast. In the first few episodes, they covered a variety of topics, such as balancing your ranges, over-folding, and poker workbooks’ value for your progression as a player. Especially given the unprecedented nature of the past few months, the new and interesting poker content the show has been producing has been quite welcome.

Without spoiling the fun or revealing too much, the following is just a quick breakdown of what you can expect to hear about in the final four episodes of the RCP Podcast Season 3. 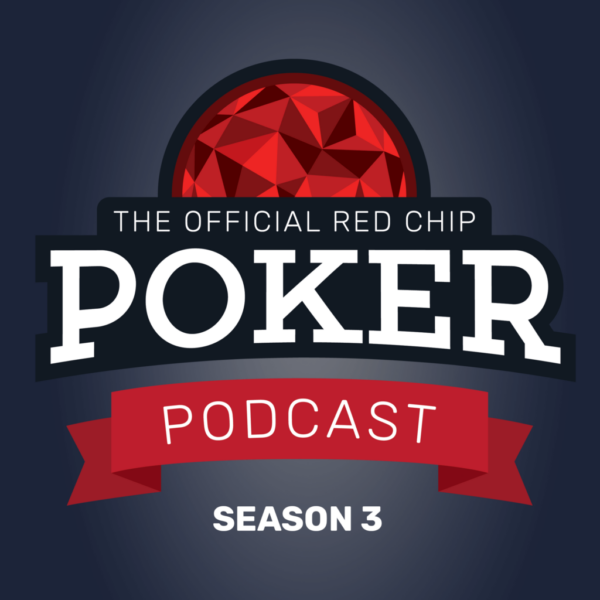 Fear at the poker tables is an important topic that’s often disregarded. In this episode, Zac and James take some of their viewers’ questions and use them as a foundation for an interesting discussion about fear in poker and how to overcome your inhibitions.

Being risk-averse is nothing out of the ordinary. No one wants to look stupid while playing live or bust out of a big tournament, but this fear can often lead to bad decisions at the poker tables.

Whether this is something you struggle with yourself or not, this topic makes for very interesting listening. Even if you don’t have problems pulling the trigger and making a big bluff when required, it’s interesting to hear about psychology behind it all. You might gain a better understanding of what it is that your opponents are thinking about at the tables and use it to your advantage.

3 Ways to Adjust to Fishy Tables

In theory, it is a dream scenario to be seated at a fishy poker table and win heaps of cash. However, playing against a bunch of fishy players requires certain adjustments to your strategy. Things that might work in a standard game against tougher opponents may actually not work as well against fishy players who make a lot of random plays.

One of the consequences that occurred in the wake of coronavirus pandemic was the rise in number of people (re)discovering online poker. Many of these players aren’t very experienced, leading to an increased number of fishy tables. So, this is a very current and useful topic to discuss.

James and Zac go back and forth, asking and answering many interesting questions about raise sizing, 3-betting, and various other strategies (including seat changes) that you can easily utilize against fishy players to improve your win-rate.

For this particular episode, Zac brings on special guest WSOP bracelet winner (Ed. note: and proud Cardplayer Lifestyle contributor) Chris “Fox” Wallace. Wallace is the creator of the latest segment to be added to Red Chip Poker’s CORE 2.0 program called Winning Poker Tournaments. When this episode was first released, the course was still being prepared, but now it’s live and available on the site.

During the podcast you’ll learn about Wallace’s poker history and credentials. Listening to Chris talk about his career (including his WSOP bracelet win in the $10K HORSE event) and sharing his ideas about poker will definitely help convince you that signing up for CORE 2.0 is a worthwhile endeavor.

In the second half of the episode, Chris talks about his tournament course and what you can expect from it. You’ll also get a free sneak preview of the course and hear all about how it was produced.

In the final episode of Red Chip Poker Podcast Season 3, James is back and he talks to Zac about CORE 2.0, the upgraded version of RCP’s fundamental training program that’s been going strong for a while now.

Clearly, the team behind the program didn’t sit idly on their hands for the past few months, as they spent a lot of time updating all the content to be relevant for 2020 and adding two fresh courses to the mix. The first one is the aforementioned Wallace’s MTT course, while the second one is Ed Miller’s course covering live poker cash games.

Although this one is different from other episodes, you’re likely going to enjoy it. You’ll hear about the history of CORE, how it was first created, and what updates were introduced with the latest incarnation of the popular poker training program.