Poker players often travel the world to see the very finest places on the planet. From the cardrooms of the Caribbean to the palatial poker rooms of Central Europe, the glamorous side of poker is one that many aspire to enjoy.

It has been refreshing and inspiring to read in the past few weeks about a fundraising mission launched by poker players and others to raise funds to help those who need it most in Ukraine. Rapid Response Ukraine, founded by former Irish poker professional Fergal Nealon, has raised over $100,000 to support those on the front line of defending Ukraine, with support flooding in from the UK, Irish, and Polish communities around Europe. 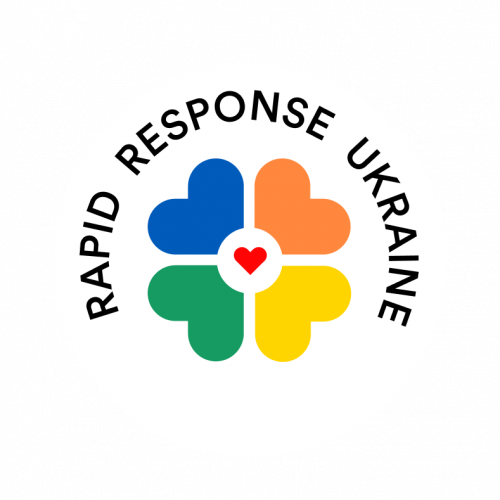 Making a Choice to Help

Like millions around the world, this reporter was horror-struck watching news of the destruction in Ukraine. While so many didn’t know where to start, Nealon and others formed a charity to commit practical help just when Ukraine needed it most.

“Rapid Response Ukraine was established following a call for help from colleagues in Ukraine who went from being app developers for global companies to conscripted soldiers overnight,” says Nealon. “We decided to harness the world they know, that of agile start-up methods and quick pivoting, to create a direct supply chain of emergency medical supplies into the Ukraine.”

Nealon got connected to a WhatsApp group with the head of a Kharkiv medical department that was requesting incubators, medicines, and other supplies. Without a humanitarian background, Nealon was not sure how to meet the hospital’s needs. “He then sent in a request for body bags, which really struck home with me,” says Nealon. “These proud people did not even have enough body bags to bury their dead with dignity. I contacted a local funeral director who kindly donated a pallet and Rapid Response Ukraine snowballed from there.” 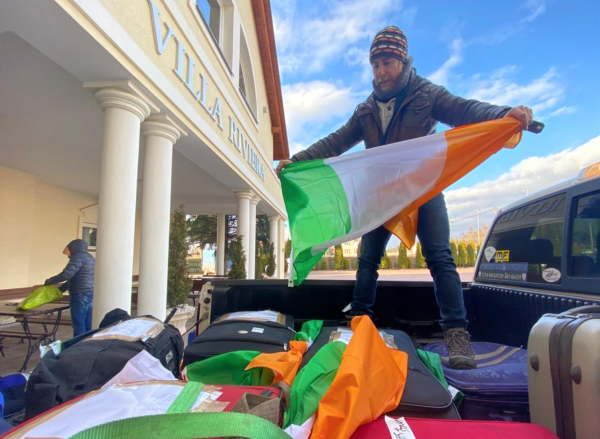 The project, which Nealon describes as ‘one of the easiest to put together’ saw people from all over Europe volunteer help.

“The hardest challenge has been remaining as focused and targeted as possible with supplies and requestors. We are improving our supply chains week by week, now sourcing our medicines at wholesale prices from Romania which are delivered to the Ukraine border for us. We work off regularly updated lists of highest priority medical needs, and our drivers can get the goods to battlefields hospitals which the larger organizations unfortunately cannot currently reach.”

At a time when poker players are coming under the microscope for negative reasons, a huge number of players have been generous to a fault.

“The first call I made was to Mark Walsh, former player and owner of my local casino, The Adelaide, in Sligo town. Mark jumped on board to assist with our first run with the body bags without hesitation. It will be an enduring memory of Mark and the local priests and doctors of my hometown triaging our donations amongst the poker tables and slot machines! Mark, Fintan Gavin, and Irish Open organizer JP McCann, amongst others, put hands in their pockets and provided funding to purchase medicines on the ground in Poland.” 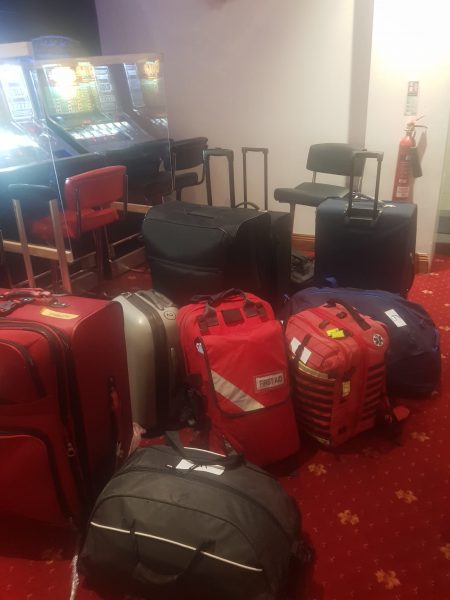 Aided by driver and ‘fixer’ Marcin Jablonski, the crew were able to cross the Polish border into Ukraine and were accompanied by a journalist from the Sunday Times to drum up more publicity. It was shortly after that trip, that Nealon was invited onto Irish television to discuss the project:

Publicity is everything when it comes to raising money, so the Irish Open was the perfect opportunity to spread the word. JP McCann and Paul Reilly helped the project out with a stand at the festival, as well as by donating registration fees from the opening event. Dealers added tips, and already the fund was over €9,000. A week later, the festival itself has contributed around $50,000, enough for three weeks of medical deliveries. Others in poker have joined in as well.

“Jon Kalmar is doing the same for us at Dusk Till Dawn, and with Jon and Simon Trumper will be heading over with a van loaded with humanitarian supplies donated by the UK poker community,” says Nealon. “One of the party poker promotions girls, Alex Szolomka, is from Ukraine [and] has a brother fighting on the frontline and many family still in the country. She has also gotten involved and is helping us spread the word. Support from some of the biggest names has been a great help. Steve O’Dwyer has been amazing. Max Silver and Eugene Katchalov have helped open doors for us along the way. The poker community have dug so deep and given much greater soft support than any other sector we have approached.”

How Can YOU Help the Cause?

The end goal of the charity is to send the most funds to where they are most needed in the quickest time possible.

“This is the concept behind Rapid Response Ukraine. As a small team without the red tape of legacy organizations, we can move quickly. People can donate directly through www.rapidresponseukraine.com and we would ask players to consider donating a percentage of their winnings to the cause. This is direct action by volunteers. There are no wages or admin fees. 100% of funds go toward getting medicines exactly where they are needed.”

The RRU team won’t be found shaking buckets outside the tournament rooms of Europe. They respect the game as it is played, and won’t interrupt it. But they have reached out to poker players and continue to be blown away by the reaction of the industry. 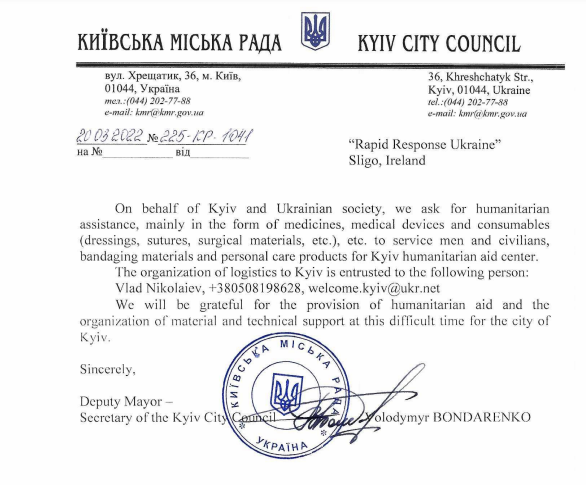 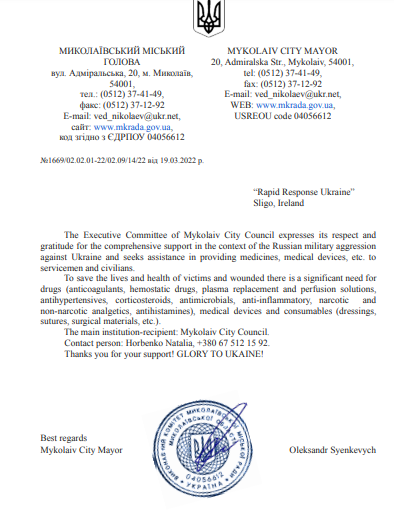 “So far, we have done seven runs of highest priority medicines from our Lviv warehouse to battlefield hospitals,” says Nealon. “Over €70,000 of medicines, along with medical supplies and body bags have been delivered. We have also facilitated the sourcing and supply of many more donated goods through our warehouse and supply chain. We hope to continue these efforts as long as this conflict continues.”

For everyone’s sake, let us all hope that not only do donations continue to help those in the most need, but also that the conflict ends as soon as possible.

The author has donated their fee for this article to the Ukraine Rapid Response Fund.