PokerVision Media Inc. has just announced that it will be streaming coverage of the Irish Poker Open in Dublin from April 15th to 22nd. The Irish Poker Open is the longest-running poker event in Europe and is second only to the World Series of Poker in overall longevity. The series will feature 27 events taking place over eight days including the €1,150 buy-in Main Event, which will boast a €1 million guaranteed prize pool.

New on the schedule at this year’s festival is the America’s Cup Event, which is open only to players hailing from North, South, and Central America, and which will feature a €550 buy-in. Half of the €50 per player Registration Fee from this event will be donated to a fund set up by the family of Canadian Poker Pro Gavin Smith, who tragically passed away in January at the age of 50. Smith left behind two sons, and was a very dear friend of the organizers of the Irish Poker Open and the management team of PokerVision Media.

“The PokerVision family is still grieving over the loss of poker legend Gavin Smith, and to be able to use this event to help raise funds for Gavin’s boys is very important to us all,” said Kelly Kellner, founder of PokerVision Media. 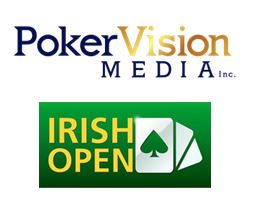 Live satellites for packages to the Irish Poker Open have been running in Canada with the next one set to take place in the poker room at Pure Casino Calgary on Saturday March 30th at 2:00pm* with a $200 buy-in, $100 re-buy and a single and double add on. Packages include a buy-in to the Irish Poker Open Main Event as well as the America’s Cup plus funds for air and hotel expenses.

The all-new America’s Cup Championship event will feature 30-minute levels, and competitors will begin play with stacks of 30,000 chips apiece. PokerVision Media’s Kellner added, “The Irish Open is an iconic event and may well be the best run and most fun to attend poker event in world.”

The America’s Cup joins the Hendon Mob Championship, as well as a flurry of other No Limit Hold’em and PLO events as yet another jewel in the Irish Poker Open crown, further adding to the prestige of the long-running tournament series.

Full details on the series (and on all the fun to be had at the prestigious event festival) can be found at www.irishpokeropen.com. For those of you thinking about heading over to Dublin to play in the events, rooms at the host venue City West Hotel can be booked using the promo code IPO2019. Seats to all Championship Events can be purchased online on the Irish Poker Open website as well.

*Subject to final approval from AGLC

PokerVision Media Inc. is a next generation media company focusing on interactive and engaged content production and broadcast in the poker, eSports and gaming lifestyle marketplace. The Company leverages traditional business models through gamification and new media delivery solutions to capture and monetize the changing ways consumers consume media.