PokerVision Network Looking to Change the Face of Poker Programming

These days, poker fans crave quality programming that also engages them. A new network has been paying attention to the changing attitudes of players and will soon “answer the call” by launching a product that will give poker fans fresh content and unprecedented interactivity.

The all-new PokerVision Network is slated to be available on multiple platforms starting later this year. Based in Canada, the network hopes to tie together the worlds of poker, eSports, and gaming in a way that both entertains and engages poker fans. 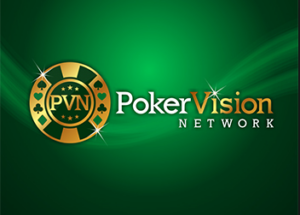 Canada-Focused, but with Global Reach

Back in December, ePlay Digital Inc announced their plans to launch the PokerVision Network and was actively acquiring studio space in various cities in Canada. The network plans to provide coverage of poker tournaments throughout Canada and around the world.

One of their acquisitions is the Canadian Poker Tour. While the tour is presently inactive, reviving it as part of the network would give the network an instant well of content while giving poker players another live series to grind.

While the network will place significant focus on Canadian poker, there will be plenty of “global” poker content as well. For example, the network is presently presenting Streamboat from the British Virgin Islands, where Bill Perkins, Jaime Staples, Jeff Gross, and Matt Staples are enjoying some R&R and playing some online poker aboard Perkins’ yacht..

Without even seeing a synopsis of any of the listed programs, my interest is piqued by Pimp My Poker Game and Poker Bucket List because these two programs have a lot of potential material to work with.

In terms of Pimp My Poker Game, it would be great to see up-and-coming players, or even rank amateurs, get coaching from some of the game’s biggest names. It could even provide a platform for some lesser-known pros to gain some popularity while helping recreational players improve their game.

The Poker Bucket List could literally go anywhere in the world or include anyone in the poker world. Producers could go the easy route and pick players wanting to play in events like the WSOP Main Event, but I hope they instead go with more interesting stories that illustrate the diversity of the game and how it’s more than just “winning the big one” or “netting the huge score.”

According to press releases and their website, PokerVision Network will be more than poker. The channel claims that “eSports and gaming will be front and center in the PVN broadcast schedule.”

As of yet, they haven’t elaborated as to what this means, but with the explosion of eSports globally, it will be the perfect fit for the network. The network will be able to easily tie in both worlds as there are many poker players that are either former gamers or dabble in certain eSports games.

Pick a Platform That’s Best for You

The network plans to give viewers easy access to their product by proving multiple ways to access content. In addition to their TV network, content will be available through social media, online streaming and mobile apps.

This access will give the audience what PokerVision calls “previously unseen levels of interactivity.” Jim Nelles, Head of Broadcasting for PVN, stated in the December presser that “The days of single-screen viewing are gone. Audiences expect great content on a TV screen complemented by interactivity on tablet and mobile. PVN is stepping up to deliver exactly that. We will drive larger and engaged audiences in the face of massive competition for viewership.”

Think about it. How many of you still watch live broadcast or cable TV on a regular basis? Looking back at my personal viewing habits, I usually only watch regular TV once a week. Otherwise, I stream most of my programming.

Networks have to have multiple platforms in order to maximize their reach, and that’s increasingly the case when trying to reach poker fans, too. With the popularity of mediums like Twitch, many poker fans prefer to stream their content rather than wait for an edited version. It’s faster and much more interactive.

What Types of Partnerships Will the New Network Form?

Due to the breadth of content offered on the network, PokerVision could create some interesting partnerships. Poker is the easiest in this regard, and they have already signed a big name in Adam Schwartz.

Many of you know him as the host of the TwoPlusTwo Poker Podcast while others know him for his color commentary on Canadian Poker Tour broadcasts.

It will be interesting to see what other professionals are brought into the fold from the poker industry in the upcoming months. Will there be ambassadors to the brand a la Poker Central or will they focus on individuals with skill sets highly relevant to broadcasting?

If they revive the CPT, we might see some partnerships with new Canadian casinos online as well with the host casinos. Who knows what deals will arise in connection with the reality shows?

What if someone wants to play in Bobby’s Room as part of the Poker Bucket List? Will we see the channel partner, even briefly, with Bellagio? There are many potential deals out there to be made.

…and we haven’t even speculated about eSports and gaming. Alex Dreyfus and the GPL are paving the trail in that arena, so it’ll be interesting to see how PVN proceeds.

Want PVN on Your TV Provider? Tell Them!

PVN has yet to launch their broadcast network and is presently trying to secure deals with providers. If PokerVision Network is something that interests you, tell them!

On their website, there’s a form you can fill out to let your cable or satellite provider know that you want PVN. A copy is sent to both PVN and your provider.

New TV networks aren’t automatically picked up by providers, so you have to let them know you’re interested. The more that inquire on the network, the more likely that the provider will be interested in signing a deal.

This sounds super interesting. I’m definitely at the very least intrigued. It seems like they could offer a great platform. Andrew Neeme’s success shows that such concepts really work.