PokerStars Power Up: Discussing the Future of Poker with PokerStars’ Director of Poker, Severin Rasset

About six months ago, PokerStars debuted their newest Sit N’Go poker variant – Power Up – for an alpha test. The game retains traditional Texas Hold’em as its core, while adding in elements of popular card games such as Magic The Gathering by allowing players to interact with the board cards, hole cards, and even the deck itself using various “powers.” 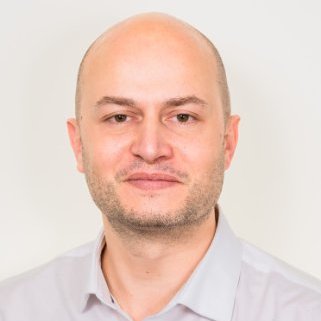 Adding to the intrigue of the gameplay is the obvious care with which the audio and visual experience has been constructed. Power Up is based in poker but also plays like a video game replete with special effects and sounds, as well as a personalized, avatar-driven, storyline. In that way, it’s impossible to ignore the heavy influence of e-sports and social gaming culture on Power Up’s overall look and feel.

As PokerStars prepares for a beta launch of Power Up, Cardplayer Lifestyle was recently given an opportunity to speak with Severin Rasset, Director of Poker Innovation and Operations at PokerStars. We asked him about Power Up’s role in the relationship between traditional poker, the increasing audio/visual complexity of modern gaming, and what the relationship between them means for the future of the game we love.

What do you think recreational players will get out of Power Up that they aren’t getting from traditional poker?

I think the expectations from recreational players are changing over time. The current version of poker we have is a simple game to learn, but also has a lot of beautiful depth to be discovered along the way. I believe this element is being maintained with PowerUp, along with the addition of deep strategic changes.

I also think today’s players want to have something that is visually appealing; it’s not their job to discover why the game is exciting – you must translate this message to them. We have built Power Up so it will be immediately rewarding, which is something quite different.

We also wanted to add some renewal. People tend to be interested with something for a while before going on to something else, and we feel like there are many players who will continue to be interested in poker as a game if it’s presented with these additional elements.

Would you say Power Up is more of an E-sport or more of a Poker game?

Today, I want to be humble. It’s a poker game built with additional powers, and in the future will be based on what we will discover via player interactions after we release it. We are at the very beginning of the development; we’ve developed PowerUp for three years, but this is going to the be the first time we will release it for real money to players. There is a long run map of items and elements that we want to add in the future.

So definitely in the short term we are talking about existing poker players. Where it’s going to take us in the long term will depend on the success of the game, the feedback of the players, and the way that we can build it. So E-sports might be something we are interested in down the road, but we are definitely taking it one step at a time and expanding off of what we know.

It’s a big market, and something that is new and exciting, so there is a lot of hype. But we also have to start from what we know and then expand it from there – rather than pretend we are going to do it better than people who have been doing it for 10 years.

What’s the line between Poker with E-sport elements vs. E-sport with Poker elements?

I would say the split is more between social and real-money, rather than what is poker and E-sport. For example, we made the decision that you cannot purchase powers. We did that because it’s a real-money game where you are already putting money on the line; everyone is paying the same price, and so you have to give them a fair game.

However, I also believe that Power Up can be sold through the social/freemium aspect. There, you could purchase games or powers and you could also give the game very different mechanics.

As for E-sport, I think it can work both ways. We can make it E-sport if we decide that’s what we want it to be. There isn’t a set of rules to determine “this game is an E-sport one and this one is not.” It’s the competitive aspect of the game, the engagement from the players, and the passion that they show. Measuring those factors will allow for very different games.

Do you ever envision a live or augmented reality version of Power Up? What are some of the challenges you face with doing that?

First, I would like to be transparent in saying that we are not there yet. We’re following VR/AR but it’s still something where the hype is probably bigger than what is actually possible. I think this is something we need to keep a close eye on, and we’re very interested to see how it evolves.

I think if you ask me about the vision of seeing a live poker game being played with a hands device that would say allow you to use a power just by moving your hands in a certain way, that’s definitely something that could be a very cool vision. But I think we need to start by building the first building blocks, and then let how we do determine how it evolves – including the trends of AI. But it’s not there yet; we aren’t going to ask people to aim with their mobile device at live events, so it depends on what’s going to happen from a hardware perspective.

I’m very excited by VR on a personal basis, but the sales from last Christmas were quite disappointing with no particular device being a hit. So right now I feel like we are at low tide, where people are saying “VR was cool but I’m not sure anymore.” This is the kind of thing we need to follow very closely to be sure that if it does take off we are ready.

And we will be ready; but we also have to wait to be sure the public adoption is there.

Do you ever envision Power Up being a World Series of Poker event?

Definitely not a World Series of Poker event, but yeah, for an EPT why not?

Do you feel that Power Up is part of the broader movement to push towards the next level of gaming and entertainment?

I think it’s really a question of the hardware, and I don’t think we will we able to say we were a flagship and that the adoption of new hardware is going to be massive because you have this new game.

But on a personal level, we are living in a very exciting time. There are a lot of technologies that are coming together like the Blockchain, VR, and AI, and all of these things are evolving together and I think it’s very exciting be a part of it and to be able to build a product around it.

So, it’s more like we want to ride the wave and follow the biggest trends and that will be good enough.

On the flip side, do you think you are phasing out traditional poker? Or do you think there will always be a place for that?

If you take the example of books and the Kindle, you had a period where everyone what thinking it would be the only device you use to read. Now, we see people are going back to the physical books and their sales are increasing again.

So, I would say I anticipate something quite similar in the poker world. At one point everybody will say this is the next big thing, but actually I see the traditional games being persevered as we create new ways of doing things. So, what I would like to see with the games we are building is that we attract new players and then refer them to regular poker so we can show them it’s a great way to play as well.