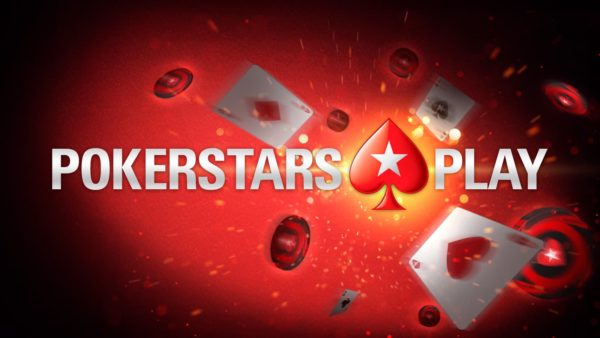 The PokerStars “Play” app offers play-money gaming to U.S. and Australian players who would otherwise not be able to enjoy online poker. | Image courtesy: PokerStars

Think you can’t play online poker in the USA or Australia? Think again. PokerStars has relaunched their social gaming app as “Play.” The app is not for real-money play, but it does offer all the thrills and chills of poker and casino gaming in a slick and social online environment. The app was first released in the USA back in August 2017, followed by a release to the Australian and then worldwide markets.

Bringing Social Gaming to the USA and Australia

PokerStars has been out of the U.S. market since April 2011 when real-money gaming was banned on what has become known as Black Friday. The company’s real-money platform has been available in New Jersey since March 2016, but aside from that, they have ceased operations stateside. More recently, PokerStars pulled out of the Australian market following the introduction of new legislation that makes real-money gaming as good as history.

But PokerStars is looking to retain their presence in markets where real-money gaming is no longer allowed, as well as building their position in the social gaming space — a space which, according to a report titled Social Gaming Market – Global Industry Analysis, will be worth $17.4 billion by 2019.

Their first social gaming app came in 2013 with “Jackpot Poker.” The app didn’t quite make an impact. The new app, Play, builds on the lessons learned from Jackpot Poker and is thus far proving to be a success. The PokerStars app is, of course, still available for players residing in countries where real-money gaming is legitimate. The real-money app offers all the same games and features that the desktop application offers, including many types of cash and tournament poker.

PokerStars’ Play is a free app with in-app purchases. Players receive daily chip bonuses of up to 100,000 play-money chips to enjoy the games but can also purchase extra chips if they so desire. There is a range of free-to-play poker games available on the app, including Texas Hold ‘em, Omaha and Spin & Go tournaments.

For lovers of casino games, there are also slots and slot mini-games as well as casino card games on the app.

Play offers new mobile features, and new ways for players to compete and to celebrate wins. Players can level up, compete with friends from Facebook and can also enter VIP poker leagues. These Hold ‘em clubs feature cup games and weekly state and country leaderboards. Players can take home trophies and unlock new features by ranking up and winning games. This may be play money, but it’s as exciting and competitive as gaming gets!

One of the major market forces when it comes to casino and poker gaming is legislation. PokerStars and other gaming companies must respond to changes that either allow or forbid real-money gaming. For instance, PokerStars has recently entered the Indian market with PokerStars.in, offering localized poker events in most Indian states.

To recap, then, the Play social gaming app provides a response to the banning of real-money gaming across the USA, and more recently, Australia. PokerStars’ Play offers players in these countries the opportunity to compete in the games that they love, without any real-money transactions taking place. The app is available now on iOS and Android.