Back in November, Cardplayer Lifestyle reported, to the delight of the online poker world, that Full Tilt Poker had finally found a buyer. It turns out that, after months of negotiations, the Bernard Tapie Group couldn’t finalize a deal with the Department of Justice. Just a few short hours ago they released a formal statement, indicating that talks had broken down. Now, in a move that’s sending shock waves through the industry, it appears as though PokerStars has made a move to purchase their one-time rival.

While PokerStars was the sole online poker operator to survive Black Friday, as well as the only such institution to pay back their players, they’ve officially remained in settlement negotiations with the Department of Justice. All indicators are that in light of the breaking Full Tilt Poker news, PokerStars is in the unique position of being able to essentially “buy their way” into a final settlement with the DOJ, which has maintained that their primary aim is to have player monies refunded. As of the publication of this article, though no official news has been released yet regarding a settlement being reached, reports are coming out (from reputable names like Shaun Deeb on the 2+2 forums) that PokerStars would be offering a total of $750 million in the takeover bid, as follows:

All of this begs the question of why PokerStars would consider spending such a huge amount of money. They’re already the #1 operator in the online poker market and pretty much anyone who had money on Full Tilt and still was legally able to play poker online after Black Friday moved over to PokerStars already. Plus, they’ve even created Zoom Poker (their own version of Rush Poker, which was among the best products within FTP’s patented software)!

The answer is simple: if they reach a settlement according to those terms, PokerStars will be allowed to operate in the U.S. market once it becomes legalized and regulated (again, our guess is sometimes later this year, on an interstate, but not federal, level). And that, my friends, is certainly worth three-quarters of a billion dollars. 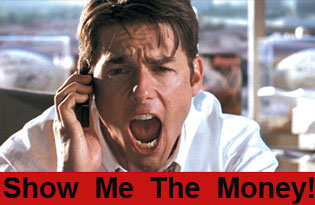 So perhaps the title of our article from 1 week ago wasn’t so hypothetical after all?! Without making any promises, it indeed DOES appear that those of you in the U.S. can expect a check in the mail for your Full Tilt Poker balances pretty soon. Those of you in the rest of the world will likely have money credited to your existing PokerStars accounts.