In my never-ending quest to improve at playing poker, I’m always on the lookout for new, excellent poker courses and training products. A friend recommended that I check out PokerNerve.com if I wanted to improve my multi-table tournament (MTT) game, so I decided to see what it was all about. I’ll be honest and admit that I’d never visited the site before, despite it having launched back in 2012. With that said, since the course offered a free 7-day trial, I took advantage of it to get a taste.

Special for Cardplayer Lifestyle readers! Use promo code CPL to save 25%!

You’ll be taught by Kelvin “Acesup” Beattie, who has amassed more than $4 million playing online over 14 years. During that time, he has also won 10 triple crowns. Not surprisingly, he was at one time the No. 1 ranked online poker player in all of Australia according to PocketFives.

Before going any further, let me be clear – I am not an online player. I’m based in the United States and I won’t play on unregulated sites. As such, the only opportunity I have to play poker online is when I’m in Las Vegas for the WSOP each summer. Even so, I find that a lot of online MTT strategy can be tailored to fit live play. At the very least, it helps me understand online players better when I encounter them across the table in live tournaments, like World Series of Poker events.

Also, note that the MTT Training course must be accessed via a web browser, as there’s currently no mobile app for PokerNerve. That said, the functionality of the site is solid, due in no small part to its simplicity.

Course Breakdown: What Do You Get?

Here’s a look at what you get from PokerNerve’s MTT Training course:

The videos average 40 minutes in length, so getting the most from the course is certainly a time commitment. It’s worth noting, however, that they’re not frivolous videos. By that, I mean that you don’t have to watch tons of footage before getting a tidbit of wisdom. Instead, Beattie gets to the point quickly. The videos are focused and reliable.

As for the lesson plan, it’s laid out in a linear path. You simply start with Module 1, Lesson 1, and work your way through in sequential order. As many training sites I’ve tried lack organization, the simplicity of that sequential order can’t be understated.

Module 1 includes a basic introduction, ranging from topics like hand values to board texture to post-flop strategies to positional awareness. Module 2 then moves into stack sizes, implied odds, and play based on your stack size (short, medium, and deep). If you’re an experienced tournament player, you’re likely familiar with most of this information. Still, it never hurts to review the basics.

Module 3 kicks things up a notch by introducing semi-bluffing, playing from the blinds, and profiting from aggression. Module 4 piggybacks off this by discussing bluffing, hand planning, bet sizing, and isolating. It’s also here that you’ll learn about using a heads-up display (HUD), which, as mentioned above, wasn’t really applicable to me. That said, it was nice to get a sense of what sort of tools are available to online poker players.

In the advanced strategies portion of the course, Module 5 takes a look at the different stages of a tournament, from the early levels and then progressing on through final table and heads-up play. You’ll also learn about bubble play and the Independent Chip Model (ICM). For me, mastery of the information presented here is really what separates serious players from recreational ones.

To give you a personal example, I recently played a $200 buy-in tournament at my local casino. Six players remained but only five would get paid. I had a meager 5bb stack, but, amazingly, two other players had stacks of just 2bb. The blinds were going to hit them before me, so – long story short – I ended up folding Big Slick to a raise. They thought I was crazy, and then I mentioned there were too many ICM implications.

“What’s ICM?” a lady at the table asked.

“It means making it into the money,” another player responded. Neither had a clue, and I wasn’t about to educate them (why should I give away the lessons I pay to learn?!). Anyway, there are few things more important late in a poker tournament than understanding ICM, so if you don’t, find a way to learn. As mentioned, PokerNerve’s MTT Poker Training course can teach you.

Back to Module 6, it’s here that concepts like advanced opening ranges, continuation betting and over betting are examined. This is the dessert after digesting the meal. If you’re good, the lessons here will make you really good.

I thoroughly enjoyed working my way through PokerNerve’s MTT Poker Training course and came away feeling I got my money’s worth. But don’t just take my word for it; take it from the UK’s Jack Sinclair, who was one of 2017’s hottest players. 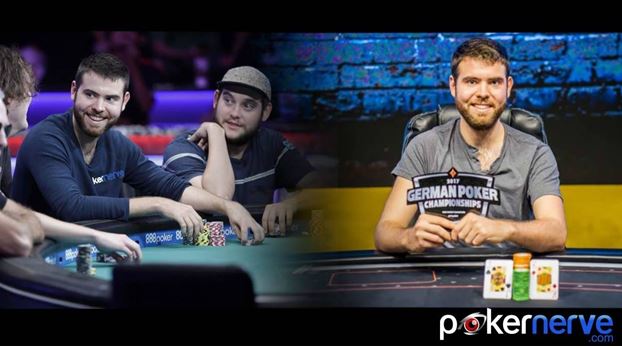 He’s best known for finishing eighth in the 2017 World Series of Poker Main Event for $1.2 million. A month later he took down the partypoker German Poker Championships €25,000 Super High Roller for $294,735.

“I wouldn’t be where I am today without the Road to Success,” said Sinclair, who saw a 100,000% return on his initial $690 investment for the course. “Two years ago, I was struggling to beat the low stakes. Getting on the Road to Success was the best decision I ever made. It taught me the skills I needed, not just to beat the low stakes, but to go on to crush the mid- and even the highest stakes available.”

There are a lot of training sites out there, but few have the intimate and personalized feel of PokerNerve. Perhaps more importantly, they give you the opportunity to experience it for free with the aforementioned 7-day trial, so there’s really nothing to lose and no excuse for not checking them out if you’re serious about improving your game.

Special for Cardplayer Lifestyle readers! Use promo code CPL to save 25%!

Chad Holloway began working in the poker industry as an intern for BLUFF at the 2009 World Series of Poker. The following year, he worked the WSOP for PokerNews, and in October 2010 joined them full-time as a senior writer.

In addition to writing daily articles, participating in the PokerNews Podcast and being a part of the Live Reporting Team, Holloway served as the site’s Managing Editor.

After six years with the company, Holloway accepted the positions of Media Director for the Mid-States Poker Tour (MSPT) and Editor-in-Chief of MSPT Magazine.