July was action-packed on PokerGO, and subscribers still have plenty to look forward to August as well, with new episodes and live events airing throughout the month.

The newest season of Poker After Dark will treat viewers to some incredible high-stakes lineups, while the new addition of Triton Million will wrap up. Finally, the month will be capped off with the inaugural Super High Roller Series Europe that features eight events and culminates in the $250,000 buy-in Super High Roller Bowl Europe. 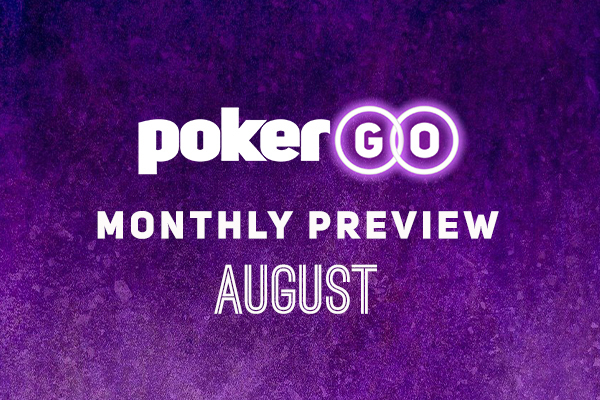 The Triton Million continues in August with action in the £1 million buy-in tournament now progressing to Day 2 with the money bubble fast-approaching. There are four more episodes remaining in the Triton Million series as the tournament enters the money before reaching the final table where a staggering £19 million for the eventual winner of the 2019 Triton Million.

New episodes of the Triton Million are released every Thursday at 8 p.m. ET.

The Super High Roller Bowl Europe will be the biggest buy-in tournament of 2021 so far, with the $250,000 buy-in single reentry tournament expected to attract players from around the world.

There will be eight Super High Roller Series side events surrounding Super High Roller Bowl Europe with buy-ins ranging from $25,000 to $100,000 and game variants alternating between No-Limit Hold’em and Short Deck.

Held at the Merit Royal Hotel Casino & Spa in North Cyprus, many big names have confirmed their attendance and includes players that partook in the PokerGO Cup, European high-stakes players, online veterans, and a mix of amateurs and businessmen. 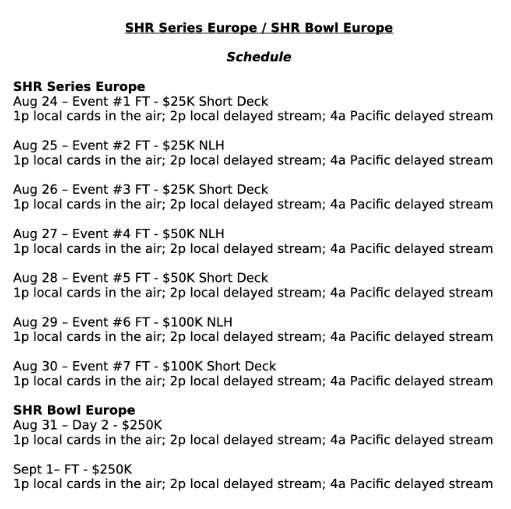 What Did You Miss in July?

The highlight during July on PokerGO was the debut of the PokerGO Cup that saw eight events on the schedule and Daniel Negreanu becoming the inaugural PokerGO Cup Champion. Other winners during the series included Alex Foxen, Dylan Linde, Ali Imsirovic, Cary Katz, Jake Schindler, and Jason Koon.

Finally, July ended on a bang with Round 1 of High Stakes Duel III between two-time defending champion Phil Hellmuth and Fox Sports 1’s Nick Wright. Both players squared off for $100,000, and it would be Hellmuth emerging victorious.