Poker Tips by George: Turning Weakness into Strengths at the Poker Table

As time passes and we get older, disabilities sneak into our lives – sometimes very slowly and almost unnoticed for quite a long while, but sometimes with one big leap. I am reminded how, years ago, my 20-20 eyesight suddenly dropped to 18-18 while I was applying to join the Air Force during World War II to become an aircraft pilot. More onerous was the gradual hearing loss I experienced. Today, even using the best available hearing aids, I suffer from extreme hearing loss.

Of course, there are many other forms of disability, yet many of those impaired have shown ways to overcome the resulting limitations — turning an objective weakness into a source of strength. For example, a youthful athlete who loses a leg in an auto accident learns to play basketball while in his wheelchair. 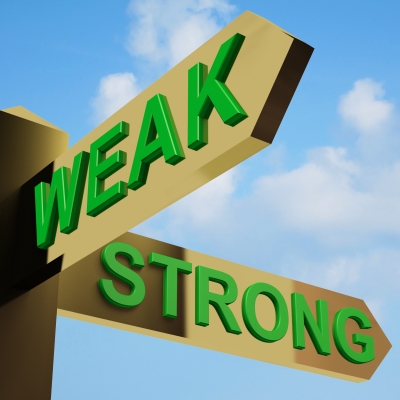 Many people have gone on to gain fame after conquering their disabilities or learning to live with them. Did you know that the legendary Albert Einstein, the world-renowned mathematician/physicist, had a learning impairment and did not speak until age 3? Our first president, George Washington, also had a learning limitation. He could barely write and had very poor grammar skills. Franklin D. Roosevelt, despite being seriously disabled by polio, became governor of New York State and was then elected President of the United States for four terms.

How I choose to handle my hearing disability

How does my severe hearing loss affect my ability to play poker? We can look at the negatives; they are quite obvious. But, more important, we can also find some real benefits. Somehow, we learn to manage our lives and keep on going despite the limitations.

I often see a poker player using an oxygen tank to help his breathing while seated at the table. It is not uncommon to see players with walkers behind their seats. They have learned how to focus on the game as they seek to win the pots and not let their weaknesses affect them.

If you are an optimist, you might find ways that your disability can turn out to be beneficial. How could anyone benefit from a disability? Let’s consider my hearing loss, for example. Think of it as if you were playing poker in a foreign land where no players spoke English.

Instead of concerning yourself with your opponents’ words, you focus on the play of the hands. Certainly, you will miss out on audible tells from your opponents, but you gain all the more by being less distracted as you try to make the best decisions – those that win the pot for you. (I am being an optimist.)

Obviously, physical tells are not something you can rely on when playing at Agen poker online or other sites, but for live poker, especially at the lower stakes, physical tells can certainly be quite helpful.

Maintaining an optimistic outlook is a strength

At the casino, there are yet other ways your hearing loss may be beneficial as you play the game of poker. Turn off your hearing aids, and the background noise no longer is a disturbing factor, competing with your focus on the game and observation of your opponents for visual tells.

As you put the extra effort into overcoming your disability at the poker table, you will be less inclined to watch the big basketball game being shown on the big-screen television up on the wall. Meanwhile, some of your opponents become so involved in that basketball game that they pay less attention to the poker game. That is bound to give you a big edge – all to your benefit.

At the end of the day, it all depends on your outlook. What others may consider a weakness could end up being a big strength, and in poker that can lead you to increased profits at the tables.