Poker Tips By George: Playing ½ Kill After a Stressful Morning

My favorite casino has introduced $4-$8 limit Texas hold’em with ½ Kill. Win two hands in a row, and you get the ½ Kill button – provided the second win has more than 20 chips. Then, the dealer turns up the ½ Kill Button in front of you. You must post $6 in chips, effectively raising the limits to $6-$12. Expect much bigger pots. 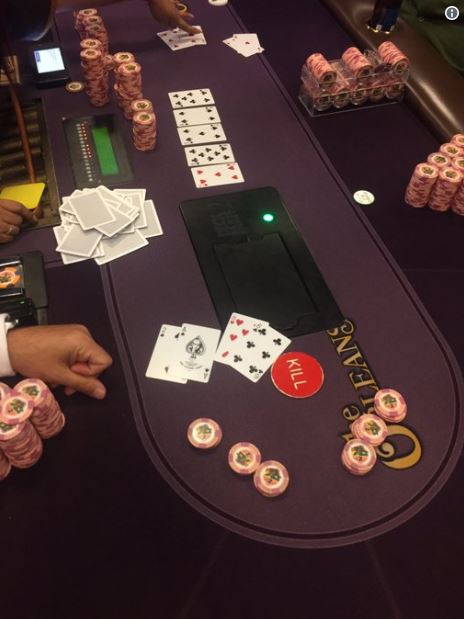 Playing Poker after a Stressful Morning

It had been a stressful morning for me. First, our electricity suddenly shut off, plunging the house into darkness with only the early dawn light. To boot, the microwave heating my breakfast suddenly stopped running. Our utilities are so important! What a relief when, shortly after, the power went back on.

Then, on the ride to the casino, a car almost broadsided us. A near miss! That, too, shook me up quite a bit. Finally, arriving at the casino, I was ready to relax at the poker table. I play $4-$8 limit hold’em.

I was pleased to win my first hand, starting with K-Q offsuit and improving to top two-pair on the flop. Lucky me! Starting off a poker session with a big win happens so rarely, especially at a full table of nine players. Naturally, I was feeling much better. The angst of my morning experiences was receding. I love playing poker!

A few hands later, in the Hijack position, I was dealt pocket Queens, and raised to thin the playing field. My Queens held up, and I won another pot. Feeling better yet. No more stress – the incidents of the morning practically erased from my mind!

The very next hand, in the Cutoff position, I looked down at pocket Kings. Wow! The poker gods were with me. I raised preflop – to thin the field and/or to build the pot I expected to win. Hallelujah! Another King on the flop gave me a big set. Now, I slow-played on the flop, just calling an early bet along with several others. On the next round of play, I raised an early bettor and got two callers. Likewise on the river. I took a monster pot, adding another rack of chips. It sure felt good. How long could this last? No more stress – just raw excitement that I managed to contain. No tells from me. 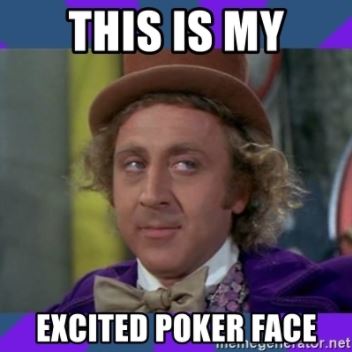 …and Keeps on Going!

Now, the dealer placed the ½ Kill button in front of me. I was delighted, promptly putting up the six chips for my ½ Kill. And, needless to say, those stressful experiences earlier in my day were no longer in my memory bank. I was on a roll. Exciting! I could feel it in my inner self. Was this too good to last? This time, I peeked at my hole cards and saw A-K spades. I could hardly believe my eyes.

From the button, with four limpers already committed, I raised to build the size of the pot, hoping to connect on the flop. The odds were only 2-to-1 against my pairing up on the flop, so I was getting great money odds on that raise. Well, the flop did not improve my hand in the least. It showed three suited connectors, 10h-9h-8h. The Big Blind, a tight player, opened the betting. I was sure that his hole cards had improved on the flop, possibly making a straight or a flush. Then, a middle-position player raised it up. Disappointed, of course, I decided to preserve my winnings and promptly folded. Wishful thinking doesn’t win the chips. (Chasing is against my principles.)

Needless to say, however, the excitement of playing poker – and being well ahead – had fully relieved my morning stress. My focus was on the game…

*This article is brought to you with the support of Casino Játékok, where you can find a great welcome bonus.