Poker Tips by George: Paying our Respects to Lou Krieger

I was rereading Lou Krieger’s 52 Great Poker Tips, published in 2007, the last of his 11 poker books – 52 great poker tips – one for each week of the year. Every time I read it, I learn more to help me gain winning ways in hold’em. I often think of him.

Lou Krieger was one-in-a-million, a remarkable man. I was one of his columnists when he served as the editor of the Poker Player Newspaper. He was a delight to work with.

Lou Krieger was born in Brooklyn, New York, where he learned poker at age 7, watching his father’s weekly game at the kitchen table. He developed a love of the game that carried him throughout his life as he grew to become one of the world’s greatest poker experts. Poker guru Nolan Dalla once summed it up: “Reading Lou’s advice is like getting painting lessons from Rembrandt or being taught the violin by Stradivarius.” 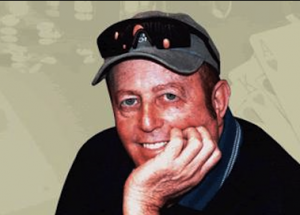 Krieger’s contributions to the poker world were so great that, in 2000, Casino Journal Magazine named him one of the most influential gaming writers of the past 100 years, an honor bestowed upon only four other poker authors.

Krieger began his poker book writings in 1995 with Hold’em Excellence: From Beginner to Winner. This was followed in 1997 by More Hold’em Excellence: A Winner for Life and his third book, Poker for Dummies (a best-seller, co-authored with Richard Harroch) in 2000. Next came Gambling for Dummies in 2001; in 2003, Internet Poker: How to Play and Beat Online Poker Games, followed shortly after by Winning Omaha/8 Poker (with Mark Tenner). In 2004, Krieger wrote The Poker Player’s Bible, focused on beginning players.

Along the way, Krieger hosted the radio show “Keep Flopping Aces” on Rounders Radio and often appeared as a guest on radio talk shows.

Starting in 2001 until 2005, Lou served as the editor of the Poker Player Newspaper, a highly popular weekly magazine. That was when I got to know this gentleman who so endeared himself to our poker world.

By the time of his untimely death in December 2012, Lou Krieger had achieved a “mountain-full” of accomplishments for the betterment of our poker world. We honor his memory…

Editor’s note: When I first “broke into” the poker media business, Lou Krieger’s was a name I heard bandied about a few times. Sadly, our periods of activity never really overlapped much. Back “in his day” the poker industry was in its relative infancy and he was one of the trailblazing forces creating what’s known in more modern times as poker media. Folks like me and audiences like you take for granted the fact that there are poker media sites covering the game we all know and love, but if not for people like Lou Krieger it’s debatable whether our niche field would’ve developed to the extent it did and have gotten off the ground. Now we’ve got the full gamut of gaming media sites, including everything from this one all the way to review portals offering info on sites like Aladdin Slots.

In any event, I’m grateful to George Epstein for having produced this tribute to a man, Lou Krieger, who I’d loved to have met. I hope Cardplayer Lifestyle will do Mr. Kreiger’s poker media legacy proud.