Poker Tips by George: More about Alzheimer’s and Poker

Undoubtedly, you are familiar with Alzheimer’s disease, a horrible disease that deteriorates peoples’ minds – and ultimately can lead to death. Alzheimer’s is by far the most common form of dementia. In the U.S., about 7 million people are now living with Alzheimer’s, by 2050 that number is expected to double to 14 million, and the costs for care and treatment are expected to exceed $1 trillion.

I have often written about Alzheimer’s in my poker columns. My interest was stimulated years ago when I observed that members of our Claude Pepper Seniors poker group – over 200 in all – did not seem to contract Alzheimer’s over an extended period of time. Could playing poker be a way to prevent Alzheimer’s? My research told me that mentally challenging activities help our brains to remain healthy. More brain cells (neurons) and synapses maintained provide more pathways for information between different parts of our brains. Could medical research prove our theory? Thus far, billions of research dollars have been spent on the search for drugs that might cure the disease, but little has been published about poker and Alzheimer’s. Other mentally stimulating activities, such as chess and bridge, may have a similar positive effect and could well be included in the research.

I’m not the only poker player who ascribes to the theory that poker playing is protective against Alzheimer’s. Dr. Alan Schoonmaker, one of the world’s foremost poker psychologists, wrote about it in his book, Stay Young; Play Poker” which describes a wide range of poker’s benefits.

“[P]oker can also do something wonderful for everyone, especially for older players: It can delay or prevent some nasty effects of aging. ”

Highlighting his support, Schoonmaker quotes me: “Hundreds of seniors have taken my Poker for Seniors courses, and I believe not one of them has developed Alzheimer’s or dementia.” 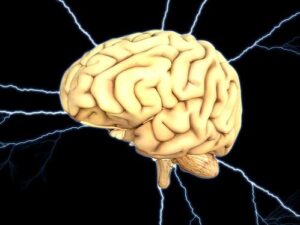 Famed poker guru David Sklansky and Schoonmaker also wrote an article, “Poker Is Good for You,” in which they made special note of this as one of the many benefits poker players can gain.

According to Stan Sludikoff (deceased; publisher of Poker Player Newspaper and Gambling Times magazine), top poker pro Doyle (“Texas Dolly”) Brunson agrees: “I’ve been saying for years that poker players don’t get dementia. I have never known a true pro that suffered from it. It helps to play poker. Period!!”

Research on Exercise and Alzheimer’s

I recently learned that research at Arizona State University’s Edson College of Nursing and Health Innovation has shown that physical exercise (such as riding a stationary bike or doing stretching exercises for six months) “significantly reduced cognitive decline. . . for Alzheimer’s dementia.” (Reference: AARP Bulletin, May 2021). My comment: If physical exercise can help in the fight against Alzheimer’s, then it is all the more likely that mental activities, such as playing poker on a regular basis, can help us beat that awful disease.

What do you think about our theory that playing poker on a regular basis can prevent Alzheimer’s disease?