Bill Gates is a remarkable man. William Henry Gates III has long occupied a spot atop or near the top of the Forbes “rich list” and at the time of this publication is reported to have a net worth of about $120 billion! That’s more money than any of us could ever dream of accruing in even dozens of lifetimes. To his credit, Gates’ wealth isn’t inherited either. Plus, it’s not like he won it in multiple jackpots playing at online casino NZ or something; he’s earned his vast fortune!

Born in October 1955 in Seattle, Washington, Gates is best known as the co-founder of Microsoft Corp. With that said – and here’s why this article appears on Cardplayer Lifestyle – the game of poker has long been an intricate and important part of Gates’ life. 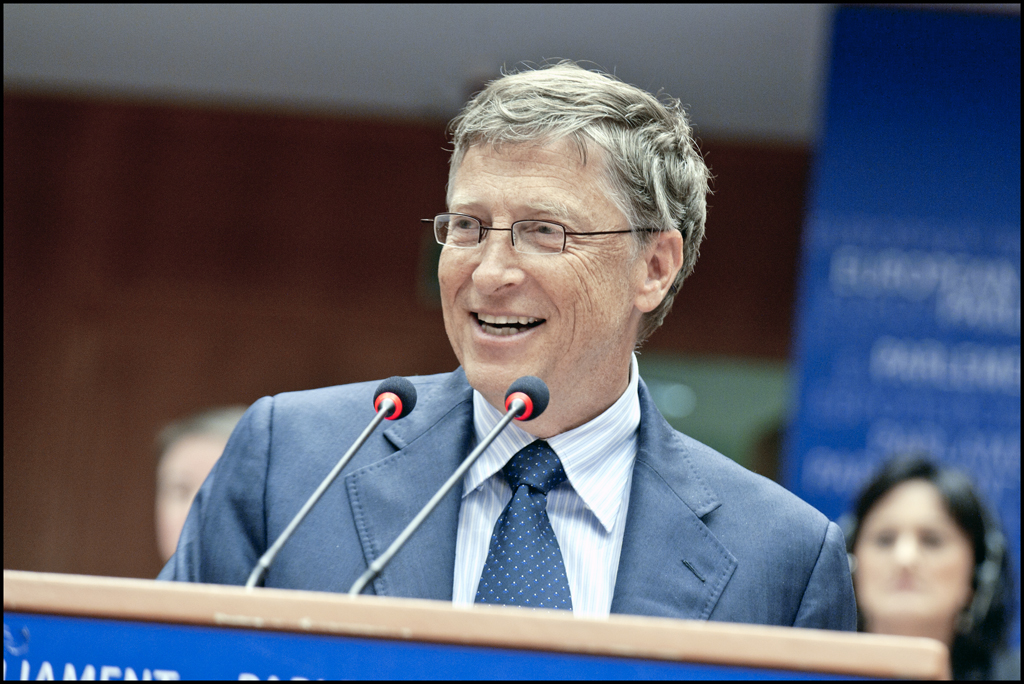 He became interested in computers while attending the Lakeside School in Seattle. A local company offered the use of its computer to the school, and young Gates became fascinated by the possibilities of the then primitive machine. Along with fellow student Paul Allen, he began ditching class to work in the school’s computer lab. Their work would soon pay off. When Gates was 16, he and Allen went into business together. They netted $20,000 with a program they developed to measure traffic flow in the Seattle area.

Gates entered Harvard in 1973. By his own admission, he was there in body but not in spirit, preferring to spend his time playing poker and video games rather than attending class. He focused his course work on advanced math and computer science.

To be sure, Gates took up poker with a vengeance. The games in his dorm would often last all night. He’s said to have preferred Seven Card Stud, high-low. Upwards of $1,000 could be won or lost each night. Gates was better at evaluating the cards than in reading his opponents, according to his fellow players. “He was getting some costly lessons in bluffing,” said Paul Allen. “He’d win $300 one night and lose $600 the next. As Bill dropped thousands that fall, he kept telling me, ‘I’m getting better.’”

According to friends, Gates’ mathematical ability did not always translate into winning hands. “He was known to be an aggressive player,” according to Greg Nelson (Class of ’75). “In the group at Currier House in Harvard, where we played, he was about average.” As the year progressed, the pots grew; some were in excess of $1,000.

In December 1974, Paul Allen showed him a magazine article about the world’s first microcomputer, the Altair 8800. Foreseeing an opportunity, Gates and Allen set to work developing the popular computer language BASIC for the Altair in Harvard’s computer lab. Gates dropped out of Harvard and, along with Allen, moved to Albuquerque, where they established Microsoft. After writing software for other computer start-ups, including Commodore, Apple and Tandy Corp., they moved the company to Seattle in 1979.

That’s when Microsoft took off! It developed MS-DOS and licensed it to IBM. Wisely, Microsoft retained the right to license it to other computer makers. Applying the competitive learnings from playing poker, Gates expanded Microsoft into applications software and continued to grow the company. In competition with Macintosh’s graphical user interface (GUI), Microsoft developed its own GUI-based operating system called Windows. Gates then took the company public in 1986.

With the same intensity with which he delved into poker, Gates worked on improving Windows. Third-party programmers began developing Windows-based programs, and Microsoft’s own applications were in demand. By 1993, Windows was running on nearly 85 percent of the world’s computers. Microsoft solidified its industry dominance by combining Windows with its other applications into “suites” and persuading computer makers to preload their software on every computer they sold. The strategy worked so well that by 1999 Microsoft was posting annual sales of $19.7 billion.

As many readers may know, in June 2008 Gates stepped down as the CEO of Microsoft, by then the world’s largest software company, remaining as its chairman, to devote himself to philanthropic endeavors via the Bill & Melinda Gates Foundation.

Gates had dropped out of Harvard in 1975 while still an undergraduate. Years later, Harvard awarded him both an MA and a PhD degree for his worldly contributions.

Indeed, poker may have contributed directly to his business acumen; and it remains part of his life. In recent years, Gates has become friendly with legendary investor and fellow multibillionaire Warren Buffett (of Berkshire Hathaway), with whom he often plays in high-stakes poker games.