3 Reasons Why You Should Learn 7 Card Stud Poker

Texas Hold’em is the king of poker, but it is not the only poker variant out there. I cannot tell you how many times I’ve watched Texas Hold’em players walk by a 7 Card Stud table and scoff or make snide comments about the game. Some view stud as a “dinosaur game” and something that should stay relegated to the past.

I grew up playing Stud, and when I started playing live poker I continued playing Stud despite the waning interest in the game. When I first started playing in live casinos around 2006, it was becoming increasingly difficult to find a Stud game outside of Los Angeles and Atlantic City.

Thankfully, Stud and other mixed games started gaining popularity again thanks to online poker. The most popular brick and mortar as well as online poker rooms began offering it and events such as the WSOP $50,000 Poker Players Championship helped to stir interest further.

While interest in Stud has increased somewhat, there are still many players who avoid it like the plague. If you’re a Texas Hold’em player, you’re missing out by not at least becoming competent in 7 Card Stud poker. Not only will it make you a better all-around poker player, but it could also help improve your Texas Hold’em game. Here are three important reasons why you should consider learning and studying the game.

1. Stud Will Improve Your Patience, Focus, and Discipline

Whenever I am asked by someone about how to improve their patience and discipline at the poker tables, I tell them to learn 7 Card Stud. If you want a game that forces you to be patient and practice discipline at the tables, this is it.

This isn’t Texas Hold’em where you have to guess what two hole cards your opponent is playing. You will be able to see over half of your opponent’s hand, and based on their cards, the cards you have seen folded, and other factors, you must put them on hand ranges. This is in addition to any poker notes you’re taking on other players, their tendencies, and any tells you happen to notice. 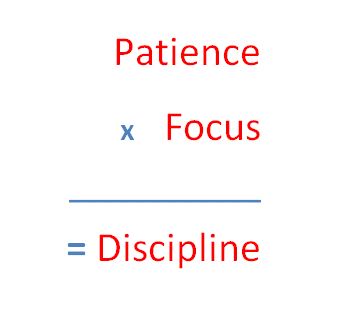 Playing correctly, you cannot speculate with as many hands as you can in Hold’em. Sure, you can play speculative hands and get lucky, but often you’re just going to drain your stack. Proper hand selection is vital in Stud. Additionally, you have to practice discipline on later streets when you see your outs show up in other player’s hands and when it’s clear your opponent has you beat.

Finally, the game plays out much slower than Texas Hold’em, so you’ll see fewer hands per hour. It’s not uncommon to go for an hour and not play a hand beyond Third Street. Can you imagine playing Hold’em for an hour and not seeing a flop at least once?

Stud poker in all variants is an exercise in patience, focus, and discipline. If you can play Stud correctly for extended periods of time, then you will find that it will be much easier to focus and play disciplined Texas Hold’em.

2. Stud Games are the Core of Mixed Games

If you have aspirations of becoming a mixed games player, then you must learn how to play all variants of Stud competently. Sixty percent of H.O.R.S.E. games and 37.5% of the games in the traditional 8-Game Mix are Stud variants.

A common mistake that fledgling mixed game players make is trying to coast through Stud games and just focus on the other games in the mix. In games like H.O.R.S.E., this is a disaster as you’re effectively playing two rounds instead of all five.

This is a losing strategy as you’re not playing optimal poker a large percentage of the time. Sure, if your mixed game includes PLO or NL Hold’em, you might be able to hang tough, but what happens if your game is wholly or mostly Limit games? You’re going to get punished.

3. Younger Players Focus Too Much on Texas Hold’em

The majority of younger players coming into the game focus exclusively on Texas Hold’em. They want to play the game made famous by TV and the internet and have dreams of winning the WSOP Main Event or winning millions in cash games. Everything in their poker lives revolves around Texas Hold’em.

The downside to this is that Texas Hold’em has become increasingly difficult because of the influx of competent players. The same cannot be said for mixed games and Stud games. Often, you will find that Stud games provide excellent opportunities for profit because many of the newer players come in with Hold’em mentalities.

It looks like 7 card stud is my best game. I wish it was more popular dangit!

What does this mean? Hold’em players who take up Stud often try to apply too many Hold’em concepts to the game or try and play the game too aggressively. Competent players take their time and slowly carve up the newbie’s stacks like a Christmas roast.

Learning Stud games will increase your revenue streams and give you a substantial advantage of the majority of newer players that know nothing but Texas Hold’em. While mixed games are growing in popularity, they will likely never be anywhere as popular as Hold’em, meaning that the average lower stakes Stud games will remain excellent spots for profit.

Where to Learn 7-Card Stud

The one catch in learning 7-Card Stud is finding a game. If you live in or near Las Vegas, Los Angeles, or Atlantic City, you may find a game, but otherwise, your pickings may be slim. For many, the only real alternative to learn Stud by playing online poker.

PokerStars is going to be your best option since they offer nearly every poker variant you can image. Otherwise, you may want to do some research on some of the best online casinos, such as Casinopedia.com, to find poker rooms offering Stud games.

There are also several good books out there that you can read about the game. For beginners, you can start with Winning 7 Card Stud by Ashley Adams or 7 Card Stud: 42 Lessons by Roy West. Ken Warren Teaches 7 Card Stud is a good option for those wanting a book covering all variants. Other books you can check out are Seven Card Stud for Advanced Players by David Sklansky and High-Low-Split Poker by Ray Zee.

Stud poker will never again have the following of Texas Hold’em. That’s just a fact of life. However, there’s still plenty of money to be made playing Stud, and if you want a piece of that action, then you need to learn how to play the game competently.