Most Hold’em poker players are familiar with the concept of dominated hands. This type of hand also occurs in other poker games that use community cards dealt out on the board. As a hand progresses, dominated-hand situations can change drastically. It is important to know how to play them, and what to look out for.

In his discussion of No-Limit Hold’em in his book, Super/System, poker legend Doyle Brunson warns us about dominated hands: “They’re hands you can lose a lot of money with, so you should play them very cautiously.”

What is a Dominated Hand?

In practice, this concept is quite simple. If my hole cards are A-9 and yours are A-10, your hand dominates mine. You are favored to beat me, taking the pot at the showdown. Should an Ace fall on the board, we both have caught top pair, but your 10 kicker predominates and beats my 9. I may not realize it, but the only way I can reasonably expect to win that pot is to pair up my 9 while a 10 does not fall on the board. (Of course, a flop of two 9s would be ideal but that is a huge long shot.) The card odds are very against me! 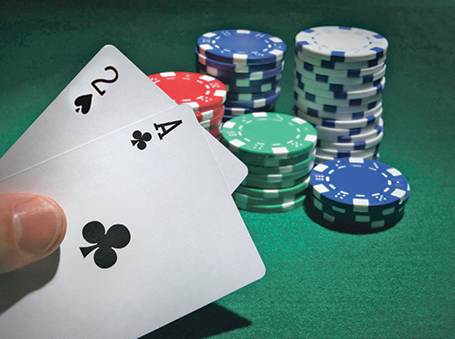 The problem is that my A-9 is a reasonable starting hand in which to invest my chips to see the flop. If my hand shows any improvement, I am prone to continue in that hand. With an Ace on the board, I am likely to think I have the best hand at that point and bet out from my early position. But my opponent also now has a pair of Aces – with one BIG difference: his 10 kicker dominates my 9 kicker. As a result, I may invest a lot of chips – and lose them all because my kicker was dominated by yours. I am in deep trouble.

Dominated hands are often referred to as “trouble hands.” There are many such hands with which any decent player would pay to see the flop. If an opponent on one of the top poker sites raises after you bet pre-flop, you may well be in trouble. Indeed, your hand could be dominated unless you hold pocket Aces – and that is rare (1 out of 221 hands dealt). Other than that, with eight opponents in the hand, your hand will often be dominated – and therefore, an underdog. You should strongly consider whether you are likely to be dominated when you decide whether to play a given hand. Ace hands, because they are so popular to play, are most likely to find yourself dominated. In general, any high card hand will be easily outkicked of your kicker is small. So beware not only of the A-6, but also the K-8 or J-5.

What can you do?

One option is to muck your cards and save a bunch of chips. But that might be a mistake. You never know what the flop will bring. Perhaps you will flop two pair, or a straight draw, in which domination is less of an issue. Furthermore, the flop allows you to see over 70% of your final hand. Did it improve your hand – enough so as to give you lots of good outs, such as a draw to a big flush (nine outs) and/or a draw to an open-ended straight (eight outs), or better yet, to put you in the lead and no longer dominated (in the case of 2 pair)? If it does, you are the favorite to win the pot. In that case, you have two options: (1) Bet or raise for value; or (2) check-raise or slow-play to build the size of the pot. To make that decision, consider your opponents’ playing traits and the number of opponents in the pot before you must declare. Bluffing or semi-bluffing may also be an option depending on the number of opponents still in the pot and your skill in using the Esther Bluff wherein you display confidence and use a reverse tell to convince your opponents to muck their hands.