My previous column on Dirty Poker introduced you to a book about cheating in poker, and provided a rather thorough overview of the art of cheating. In this column, we’ll go into further detail regarding what the book describes, specifically with regard to collusion. 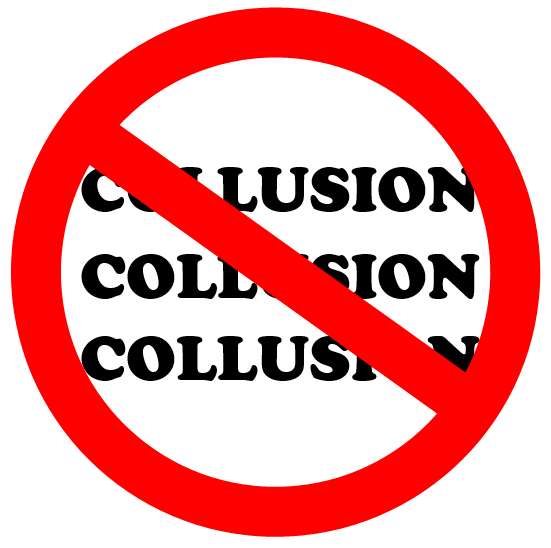 Collusion – The most common form of cheating

The most popular form of cheating is the “art” of collusion, where two or more players team up to cheat their opponents at the table. One way of executing this idea in live poker games is when a person uses chips – not one’s facial expressions or body language – to communicate with collusion partners to let them know when he holds a powerful starting hand. Here’s a good example of this technique in Texas hold’em:

A similar system is used to inform partners when holding non-paired premium and other attractive starting hands, like A-K, A-Q, A-J, A-10, K-Q, K-J, and K-10. They’ll use two chips, one precisely atop the other, when the cards are suited, while slightly displacing the top chip from the bottom chip if the cards are off-suit.

As the hand progresses, when one partner makes a big hand, the others colluding at the table will know it and, accordingly, help build the pot. In all cases, the other partners will muck their hands before the showdown, thereby concealing the cheating underway.

I hate to say it, but virtually all forms of cheating can be executed in home games. Overwhelmingly, much like safe online casinos and poker rooms that have proper security, licensing, and audited payouts, home games are fun poker outlets for recreational players. Occasionally though, especially if the stakes are high, you’ll get a bad apple or two among the bunch. If you’re in a home game where you happen to notice any of the following types of collusion taking place, head home and don’t ever go back:

Moral of the Story

Keep your wits about you at all times whenever you play live poker, especially if you’re not playing in an established brick and mortar poker room. Be aware and be prepared!