Poker Tips By George: Deception in Poker – Part I

We teach our kids never to lie; always be truthful. But deception in poker is a different story. Sure, deception is a way of lying, but it it’s part of the game of poker. It would not be poker otherwise. In fact, it’s hard to be a winner unless you are deceptive on occasion… 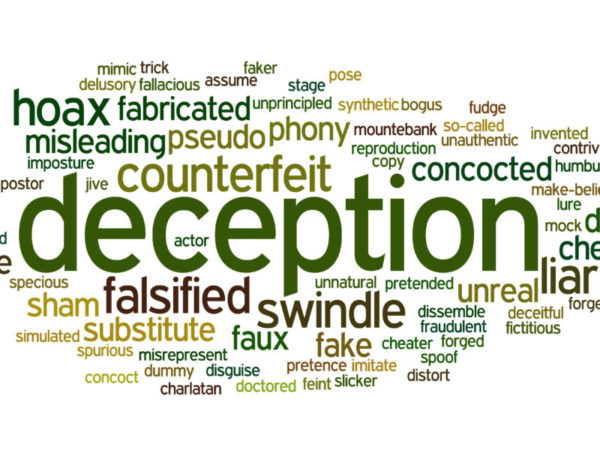 According to the Merriam-Webster dictionary, deception is “the act of causing someone to accept as true or valid what is false or invalid.” As a matter of fact, the well-skilled poker player is a master at deception. It can easily make the difference between a winning or losing poker session.

Bluffing is the most common deception in poker. That includes semi-bluffing. The latter would be somewhat akin to a typical “5 free no deposit bonus for new players” offer at an online casino. While there’s legitimacy to such an offer, there are of course terms and conditions. In poker, by comparison, the idea is to convince your opponents that your hand beats theirs; so, they’ll muck their cards and you’ll win the pot by default.

A semi-bluff may be wise when you have a drawing hand with lots of outs, at least one of which must connect to take the pot. It’s best when you have only one or two opponents. There are two ways to win that hand, usually on the turn:

Then, if you think your one remaining opponent is drawing to a hand, then you have the option to try to bluff him out on the river. If he is drawing, the odds are against him. More likely, he will not connect; so, your river bluff may seal your victory. The pot odds usually make that a prudent bet.

You catch a monster hand, preferably the nuts, so you are confident that this pot is yours. On that basis, your goal now is to build the size of the pot to the extent possible. (After all, the more chips you win, the more fun it is.)

In this case, there are several deceptive tactics often used by skilled players:

In Part II of Deception in Poker, we will continue our discussion and examine the concepts of stealing the pot, reverse tells, and using your image.