Running your own poker league can be a rewarding but grueling task. It’s tough to dominate your buddies at the poker table while at the same time keeping track of chip counts, payouts, seat draws, and league point standings.

Luckily for us, the solution is here. 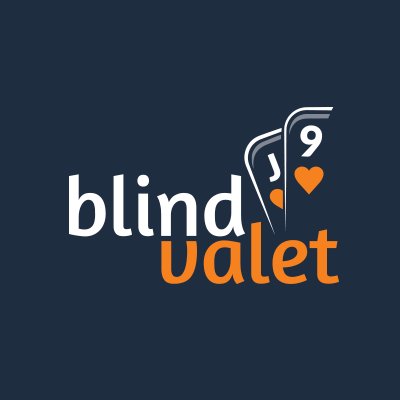 Blind Valet is a fun, easy-to-use application for managing all aspects of your poker tournaments and leagues. Whether you’re running weekly multi-table tournaments with a year-end Player of the Year trophy, or the occasional nine-player sit-n-go, Blind Valet has the tools you need to make life as a tournament organizer easier.

The software is simple to use; just register an email address, pick the pricing tier of your choice and use the tools right from your browser.

Blind Valet utilizes real-time data synchronization among multiple devices, so you can have the tournament clock on your desktop (and hooked up to a big screen), while managing the tournament from your phone or tablet. The app lets you manage chip counts, seat changes, knockouts, rebuys, and just about anything else you need to run your tournament smoothly and with a professional feel.

I created a “demo league” when testing out the product.

This app is especially useful for running an ongoing poker league with a points system, which is of course quite common among home game enthusiasts. Blind Valet offers its own logarithmic scoring system for awarding points, or lets you customize your own. When a tournament is finished, the app automatically tallies the points and keeps track with an updated leader board. Moreover, you can send potential members an email invite to join a league, and once they’ve signed up they’re free to register for whatever planned tournaments they want to play. If you’ve ever run a poker league, you know precisely how useful and time saving all of these functionalities can be!

So let’s say you’re going to have a weekly freezeout tournament every Thursday throughout the year, and league member “Phil” is checking out the schedule. Phil can see each tournament on the calendar and register for whichever ones he wants to play, and as the league organizer you can see who’s scheduled to show up for each tournament.

The league organizer can assign “Staff” privileges to members they wish to have assist with administrative duties, and it’s easy to add players to tournaments and leagues without the email invite as well.

The tournaments themselves can be structured as a freezout, bounty, re-buy, or re-entry event, with whatever starting chip stacks, blind structures and level times you wish. Want to run a deep stack, Main Event-style event with two-hour levels, 50,000-chip starting stacks and a big-blind ante? Blind Valet makes it easy.

After registration, Blind Valet assigns seats and provides a user-friendly interface to keep track of chip counts and eliminations. Balancing tables, making seat changes, and adding players is also simple, and all of this can be done right from your phone or tablet once you have your devices synched. 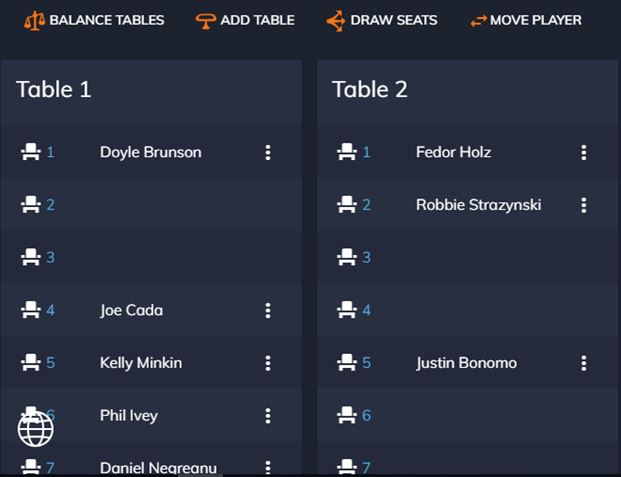 Balancing tables is a cinch

Any updates on chip counts and eliminations done from your phone are updated in real time across all synched devices, so all players can keep track of the tournament’s progression. Breaks can be added wherever you want them to be in the tournament structure, and the professional style and presentation of the tournament clock, chip leader board, blind levels and payouts will make your league members feel like they’re playing at the WSOP!

Blind Valet offers four pricing packages that will suit the needs of your poker league no matter how large or small:

The Kitchen Table and Home Game pricing tiers will give you everything you need to run an occasional tournament (for up to 27 players with the Home Game tier). The Club package is where the fun really begins, as this tier offers the poker league membership and scoring features, as well as unlimited players per tournament.

One of the coolest features that I really enjoyed was the existence of the Blind Valet blog, in which the app’s developers keep us updated on new features, answer frequently asked questions, and invite feedback from users. Blind Valet is intuitively easy to use, with just about any feature you would want as a tournament or league organizer, but this interactive blog/FAQ really puts it over the top as one of the most user-friendly applications of its kind!

If you’re a poker league organizer, or want to start your own league, do yourself a favor and check out Blind Valet!