We’re in the midst of the busiest season of the year for poker – it’s WSOP time and everyone in the poker world is pumped! As mammoth as the WSOP is, however, some other poker stories can sometimes be big enough to garner some of buzz of their own. One such story grabbed headlines just a few short hours ago when 13-time bracelet winner Phil Hellmuth was announced as the newest pro to partner with Poker Central. I must compliment the marketing team at Poker Central for doing a great job of building hype for their new 24/7 poker network. Over the past few months, slowly but surely, more details have emerged as to what exactly Poker Central will shape up to be. The latest crumb of information is that the network will launch on October 1st. The wait is tantalizing; hats off to you all! 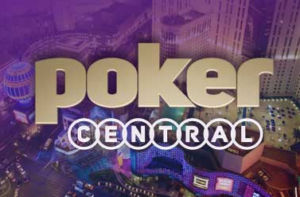 Beyond the teasers for the non-stop broadcasting of poker content, Poker Central has now partnered up with three of the highest-profile poker players on the planet, namely Daniel Negreanu, Antonio Esfandiari, and the aforementioned Phil Hellmuth. With their every move monitored on social media by millions of fans, the triumvirate is arguably the perfect group to promote the new poker product. To say they’re excited about it is a bit of an understatement.

So, Who’s the Fourth Ace?

Yet, there still seems to be something missing.

While I have no idea whether or not Poker Central has plans to add a fourth pro partner, everyone knows that a deck of cards has four aces. Surely there’s got to be one more ace up Poker Central’s sleeve. They must have an ace in the hole. The question is who deserves to be the “ace on the river” to round out a fabulous foursome.

Truthfully, there only seems to be one poker player who fits that bill. I’m talking about a player whose addition wouldn’t dilute Poker Central’s roster of pro partners. This player is an ace, just like Hellmuth, Negreanu, and Esfandiari. This player is a pro both on and off the felt and knows how to effectively promote the game to the masses.

Here’s Who It Ain’t

When thinking of players who fit the above description, only a VERY select few have the credentials. Among them, here are the poker pros who probably won’t be Poker Central’s fourth ace:

Doyle Brunson – Bless you Doyle, but I think you’d agree that as an octogenarian you don’t need to keep that foot pushing too hard on the gas pedal. You’re a living legend sir; enjoy your golden years and keep on smiling as you win everyone’s money at the tables.

Phil Ivey – The greatest player of all-time? Sure; it’s pretty much universally agreed. He’s a lock for the Hall of Fame next year, once he becomes eligible. When I interviewed Phil, he said he wanted to work on his legacy. With all of that said, he seems to have more of a lone wolf style as of late that doesn’t lend itself to joining a team.

Erik Seidel – Notwithstanding what I said above about Ivey, PokerNews Editor-in-Chief Donnie Peters recently laid out a great argument as to why Seidel ought to be considered the greatest poker player of all-time. While his skills haven’t deteriorated over time, Seidel quite frankly doesn’t have the same mass appeal as Poker Central’s other three aces. I mean no disrespect by saying this, of course. While Seidel is certainly a great, exemplary ambassador for the game, his “poker marketing game” just isn’t on the same level as his on-felt skills.

I’m reasonably certain that none of these illustrious poker players will be partnering up with Poker Central anytime soon.

At least in my humble opinion, no other poker pro deserves inclusion in this illustrious, exclusive group of superstars.

Here’s Who It Is

Poker Central ought to strike a deal to partner up with Vanessa Selbst. 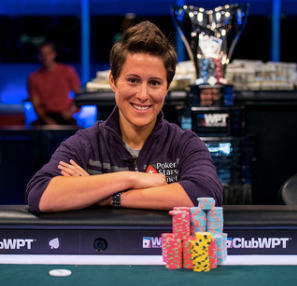 It’s pretty much established at this point that Selbst is the most accomplished woman to have played the game of poker. Just look at her list of accolades. Off the felt, Selbst dominates as well in the role of poker ambassador as a sponsored PokerStars pro. She’s plenty media-friendly and has done numerous high-profile mainstream media interviews and appearances. She, too, has that rare combination of mass-market appeal and the poker game to back it all up.

Too many poker articles have been feeding us the line for way too long that “Vanessa is not only the top female player, but also one of the best poker players overall.” We know that already.

so happy for Daniel, Antonio & Phil….. and I agree with you Robbie -Vanessa would be great as the 4th Ace