Prior to the start of the 2017 World Series of Poker, it would’ve been hard to imagine any UK new casino sites giving odds for Chris Ferguson to win WSOP Player of the Year (POY).

However, heading into the Main Event, Ferguson is a real threat to win the title. His rise to the top of the list coupled with the inability for some players to climb the list has resulted in outcries from various pros for a change in the POY formula.

Daniel Negreanu took to Full Contact Poker on Saturday and gave his thoughts on how the POY system should be changed. He raised some interesting points, so below is my take on his five suggestions.

Negreanu advocates that only a player’s top 8 cashes should be considered for POY. His argument is that this would ensure that all scores would be “top quality” and would weed out a lot of players who rise up the ranks via min-cashing.

If this were five years ago or if the WSOP wasn’t continuing to expand, this might work. However, now that the WSOP is heading to China, it won’t be long before we are facing the real possibility of 100 bracelet events in a single calendar year.

There are already 84 bracelet events scheduled for 2017, and that’s before the schedule for the WSOP China (to be held in December) has been released. The Vegas summer series continues to increase its bracelet count as well, so soon we will hit that magic number of 100.

Considering that events now pay 15% of the field, why not instead set the POY limit for cashes at 15% of events? Once we hit 100 events, that limit would be 15. With the current 84-bracelet events on schedule, the POY cashes cap would be 13. 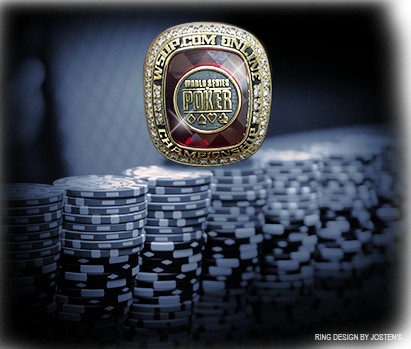 The min-cash hate continues with Negreanu’s suggestion that min-cash values should be diminished to 8:1. Presently, the ratio is somewhere around 4:1.

He is correct that four min-cashes should not equal a win (point-wise) in most events, but I can already see some players complaining about the ratios once we get to the shorter fields such as the $10K events.

They will argue that min-cashing a $10K is much more valuable. If min-cashing a 5,000 player field is worth eight points, it’s hard to see players happy with the same point allotment in a field of 100 players.

Maybe take the middle ground and make the ratio 6:1 instead? Another alternative would be to incorporate a sliding scale based on field size rather than one static formula that can be problematic.

The same argument is made for other POY titles outside of the WSOP. What chance does the average pro have of winning POY without playing and scoring well in high roller events each year?

An alternative idea that I would suggest is upping the weight of the $10K events, but also limiting the number of events that can count towards Player of the Year. On this year’s schedule there were 13 $10K open field events, not including the Main Event.

I would limit the number of $10K cashes that count towards POY to four or five tops. The Main Event would not count in this limit. This would allow the Championship events to have more weight, but not so much that it makes it impossible for the average player or pro to make a run at POY.

This was an excellent idea from Negreanu. A lot of the gimmick events like The Colossus have field sizes that are easily bloated due to re-entry. Cap the field size of POY eligible events at 8,000 and also eliminate events that allow players to cash on multiple Day 1s.

5. Must Win a Bracelet

This argument is understandable as it does seem a bit silly to award a POY title to someone that didn’t win a bracelet. However, what happens in a few years if someone makes seven or eight final tables in a WSOP with three or four runner-up finishes? That type of run, while hypothetical, is not inconceivable.

Do we deny such a player their “deserved” POY title because someone else cashed 12 times with 10 min-cashes and happened to win a 88-player $10K 2-7 event? Sure, it may be a cool dynamic, but why penalize someone who is playing consistently well but running badly heads-up? 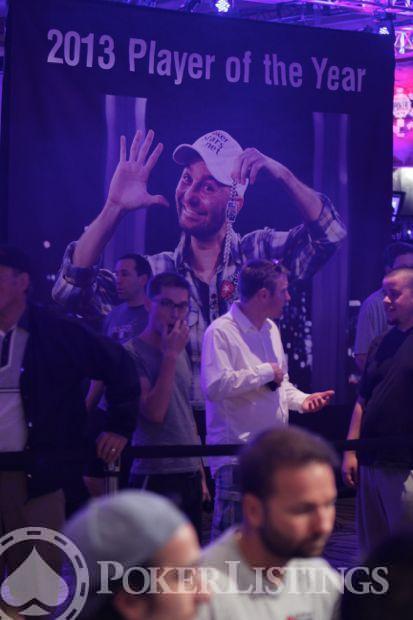 My Opinion: Changes Are Needed, Along with More Testing

While I don’t agree with all of Negreanu’s suggestions, what I do agree with is that change is definitely needed in order to make a balanced POY system that gives the best performers a chance to win the title.

A great starting point would be to solicit the input from many of the game’s top players. We can all assume that Negreanu will be glad to give his opinion. Matt Glantz is another name that comes to mind as one that would likely be willing to give insight.

Something else that appears necessary is additional testing on formulas prior to the start of the WSOP. Go back through this year’s results and those of the last couple of years and see how they would play out in any newly updated formula. Create additional scenarios, including those rare/unlikely ones that you wouldn’t expect, to verify that the numbers mesh together.

Failing to provide a POY formula that rewards the best performers of a series discredits the award. The WSOP Player of the Year title is a prestigious one that top pros want to add to their resume… and of course, everyone loves seeing a banner with their face up on the wall. A formula that helps ensure the best player of the series wins the award is good for poker and the growth of the game.

“If you have a player go on a crazy run in the $10K events, what chance will the average player or pro have to win Player of the Year?”

Thats kinda the point. If a player dominates a bunch of the 10k’s, he is the true winner in my book

Player of the Year WSOP