A Perfect 10: The Power Behind The Malta Poker Festival’s Success

By all accounts, the 2022 Malta Poker Festival is off to a roaring start. Players have been flooding the event venue each day. After a pandemic-induced hiatus, there’s no doubt that the return of the Malta Poker Festival can already be considered a smashing success, with the next few days sure to bring hordes more players through the doors and to the felt to compete for poker glory.

Success doesn’t happen on its own though, and having observed two days of activity here in Malta, it’s already crystal clear to me that the festival owes its success to 10 specific ingredients, all of which happen to begin with the letter “P”, which I’ve laid out in this feature. 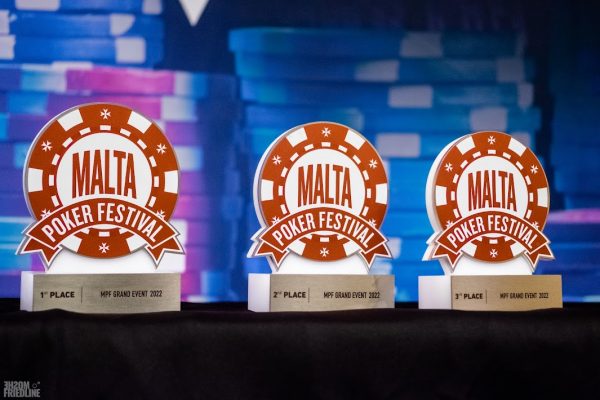 When I first arrived here a couple days ago, what instantly struck me was how everything looked uncannily similar to how it did when I attended the first Malta Poker Festival, back in the autumn of 2018. 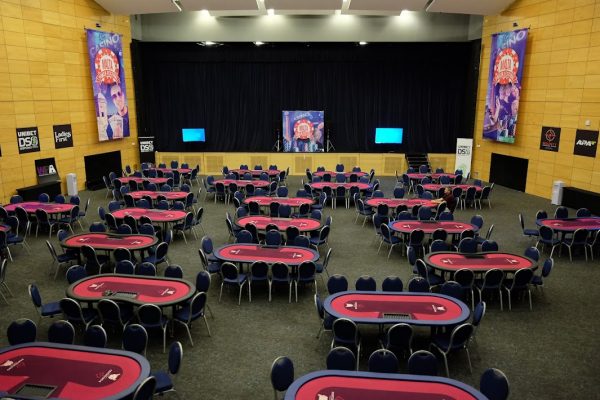 Naturally, the festival doesn’t run all year round. Thus, massive credit goes to the organizing team, led by the inimitable Ivonne Montealegre, who have set the stage for the week-long affair having paid attention to even the smallest of details.

From equipment and table set up, to ensuring sufficient professional staffing, to branding and banner/signage placements, to player registration desks, and so much more, the hosting execution is first class from top to bottom and it in turn enables a ridiculously smooth, efficient experience for everyone in attendance. 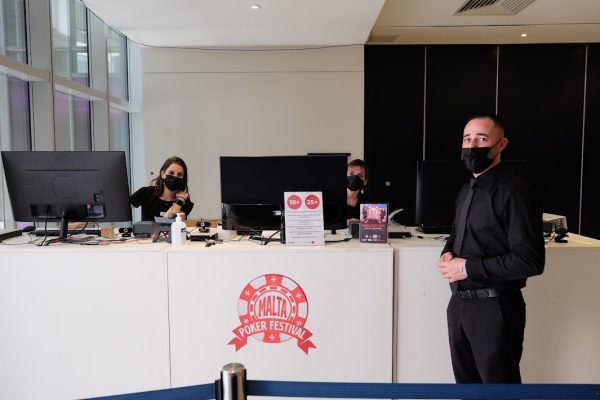 The obvious headliner here is the €300,000 GTD, €500 + €50 Main Event, which features six starting Day 1s. With approximately 250 entries already recorded across the first two Day 1s, it’s a lock that hundreds more players will be taking their shot at top prize, with the guarantee likely to be easily exceeded.

Plenty of players will also be trying their hand at the numerous other tournaments on offer during the 2022 Malta Poker Festival. Whether it’s Win the Cross, the Hendon Mob Championship, the APAT Maltese Championship, the Ladies First event, the High Roller, or a different event, the allure of winning big money is a critical ingredient in the MPF’s success. 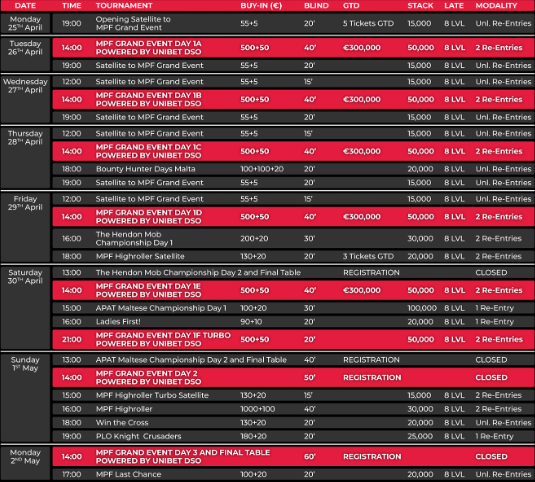 You can’t stage an event without a venue, and the Portomaso Casino is perfectly outfitted to suit this shindig. Multiple large ballrooms grace the property, housing a total of almost 100 poker tables.

The calm before the storm…

Lots of poker gearing up to be played here at the #maltapokerfestival over the next week.

Day 1A of the Main Event starts today.

Pretty sure I counted close to 100 total tables throughout the @PortomasoCasino property. pic.twitter.com/c7nvRqQTzC

A high-end facility adjacent to the Hilton Malta, when walking into Portomaso Casino you’re welcomed by a venue radiating elegance and class, which easily lends itself to housing successfully run events. 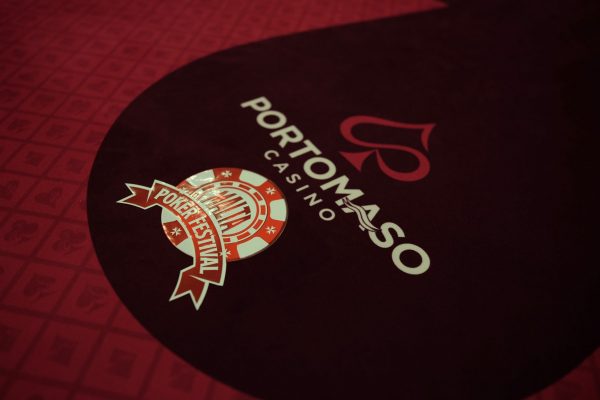 Not everyone can easily afford to plunk down €550 for a poker event. To circumvent this issue, poker venues and operators tend to run numerous satellites and thus boost participation numbers. After all, when you’ve got a €300,000 guarantee to make, you best be doing all you can to ensure a high level of participation, and that includes getting as many satellites running as possible across as many platforms as possible.

Beyond the bottom line of improving player numbers, all of the aforementioned says something important both about the organizer as well as all of the partner parties involved under the Malta Poker Festival umbrella, namely that they can coexist for the greater good. After all, a rising tide raises all boats and each of the partners benefits from having a larger overall turnout.

Collaboration among the multiple operating partners is still unfortunately a relatively rare thing in the poker industry. Thus, it’s heartwarming to see it here from the aforementioned collection of organizations, setting a great example for the rest of our industry to follow and learn from.

Of course, you can’t have a poker event without poker players. After a couple of years laying low due to the pandemic, it’s wonderful to see the resurgence of European live poker, and Malta poker more specifically. 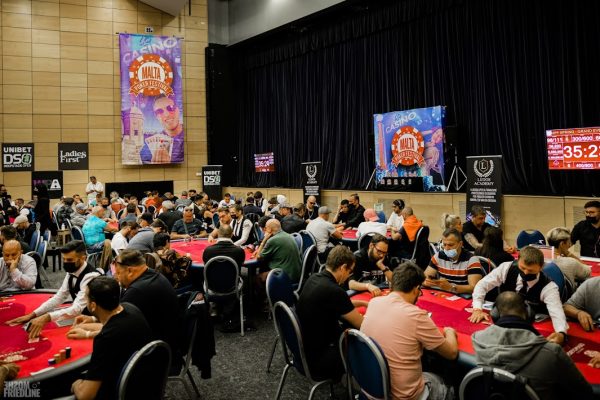 Lest we forget too quickly, not too long ago, poker in Malta (and other places in Europe) was limited to just five players per table, with plexiglass and social distancing measures in play. Thankfully, those memories are starting to fade away, and happy days are here again!

Locals are coming out in droves and it seems as though players from all over Europe have flown in to take part based on the languages I am hearing in the hallways. I’ve noticed player flags in the chip counts from just over two dozen countries thus far. I’ve further heard that a few players are even currently making the long haul trip across the pond from North America to participate as well, in particular in this weekend’s Ladies First event…. to a tiny island nation in the middle of the Mediterranean Sea.

There’s also a snowball effect in play, as surely players who may be following the goings on from home, seeing an excellent turnout, might possibly get tempted to make a spontaneous last-minute decision and also come out to play in the coming days.

That’s what we call a success! 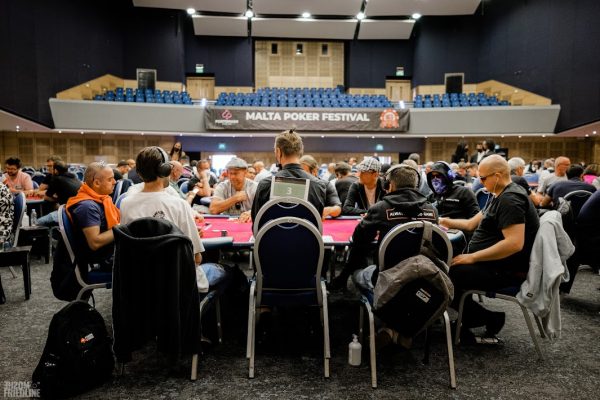 Nestled right beside the Portomaso casino is the Hilton Malta which is a 5-star premier resort outfitted with the full gamut of high-end, luxury facilities. For those players who bought or won packages to attend the Malta Poker Festival, they’re being treated to a proper high end accommodation experience. Pools, spas, fitness rooms, you name it … everything and anything a poker player (and of course, non-poker players too for that matter) could possibly need is right here on the casino’s doorstep. 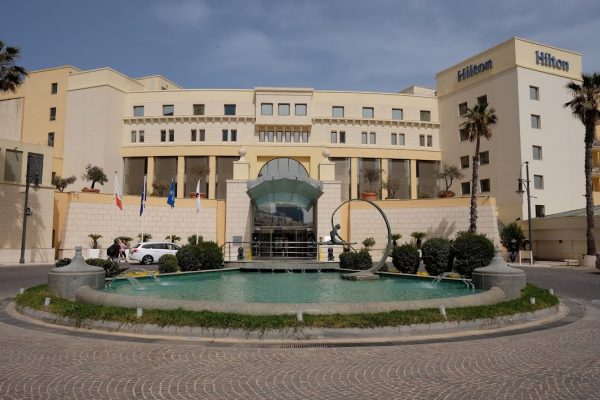 Beyond that, a litany of off-felt activities have been planned in advance for participants to enjoy. These include everything from cocktails to guided tours of Malta’s capital city (Valletta) to parties and more. 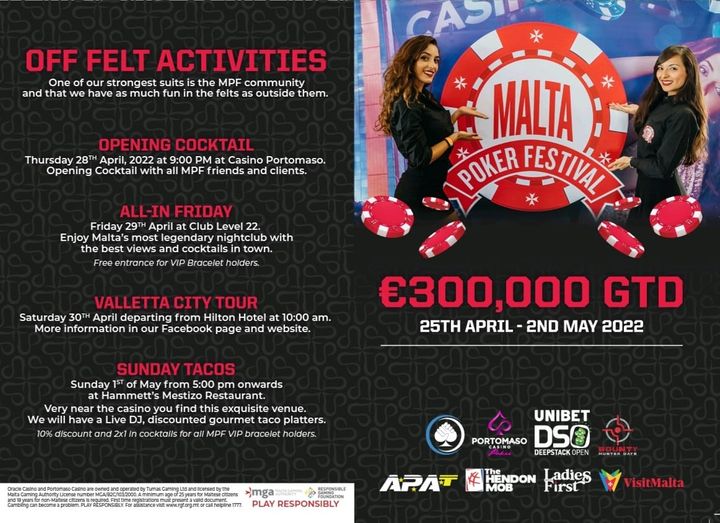 And of course, I’d be remiss if I didn’t mention the food. (That’s the way to this man’s heart, after all 😃)

I’m not just referring to the fact that the food on-site, and in Malta in general, are excellent, but rather the fact that Ivonne has gone the extra mile for players who enter the Main Event. Each player receives a voucher for a free buffet dinner on their days of play.

To the best of my knowledge, a pampering perk of that nature is something usually only accorded to high rollers playing in five-figure buy-in events and above. Beyond the extra value those vouchers obviously give players, the fact that all the players head to dinner break and dine together helps to foster an environment and ambiance of camaraderie.

While I can’t tell you what sort of special sauce they put in the food itself, I can assure you the dinner breaks contribute strongly to the special sauce of the Malta Poker Festival’s success.

When it comes to poker media sites, there’s one that obviously stands head and shoulders above the rest, and that is PokerNews. I’ve long been a booster of the site’s work, and I’ve been a fan of it for even longer. They set the gold standard for providing live reporting coverage of events worldwide and the 2022 Malta Poker Festival is no exception. Whether you’re playing and monitoring your own progress among the competition, or perhaps just on the virtual rail and rooting on your friends or family members who may be playing in the event, you know what site to turn to and exactly what sort of excellent coverage you can expect.

In particular, I also want to take a moment to express just a little bit of personal pride in that Calum Grant is leading the two-person live reporting team here this week. He’s doing a phenomenal job thus far and I’m looking forward to meeting his teammate Chris Bean later today.

3.5 years ago a random college kid reached out, looking to break into the poker biz.

I was more than happy to give him a shot as a @PokerLifeMedia contributor.

He now works full-time for @PokerNews, and today we got to meet for the first time.

I’ve already mentioned Ivonne a number of times in this article; how could I not? She’s obviously the heart and soul of the Malta Poker Festival and it’s so obvious that she “lives and breathes this festival” with tremendous fervor and passion.

Her proudly Latin American energy is absolutely contagious and she quite genuinely lights up the room whether her audience is just one or two people, or an entire ballroom full of poker players.

It’s that type of passion that ensures someone’s work will bear fruit and it’s obvious to all that Ivonne’s labor of love and dedication and attention to detail is the foundation for this event to be a success in the first place. Calling an event a “festival” isn’t just an attempt at a clever marketing ploy, but rather a description of the type of atmosphere you can expect to see. Walking around the tournament room and around the Portomaso Casino you can already feel the energy pulsating, that this is just a wonderfully fun event. As if that weren’t enough, the schedule of events includes actual parties. Beyond the cocktails that I’ve already mentioned, there is a spectacular party being planned for tomorrow night at Level 22, a nightclub located on the top (22nd) floor of the casino building, which will feature music and dancing well into the wee hours of the morning. Last, but most certainly not least, there’s the poker. I’ve already named the half dozen-plus events on schedule during this weeklong Malta Poker Festival, but beyond that there’s also the cash game scene. The permanent Portomaso Casino poker room features 10 cash game tables, and as the afternoon wears on into the evening hours the scene absolutely comes alive. 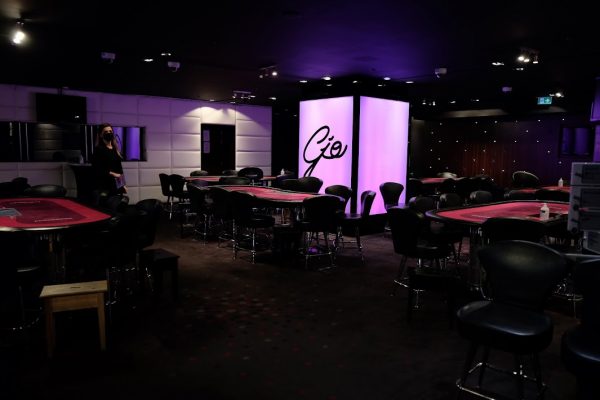 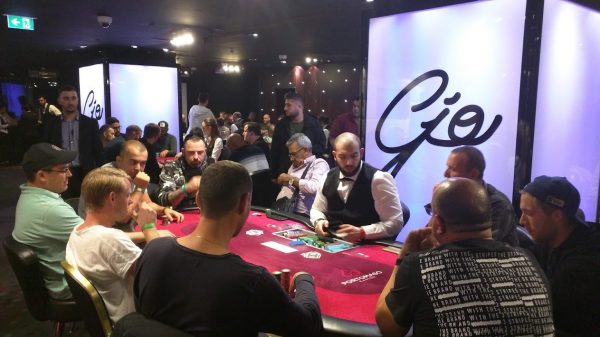 There’s of course plenty of Texas hold’em action, and I also noticed a PLO table running last night. I’m super excited for tonight, as I’ll be joining a bunch of friends for a low-stakes dealers choice mixed game. However raucous things might be at the other tables in the room, I’m absolutely positive that our table’s energy will blow that out of the water. Long live mixed games!