Online Poker Home Games: What Are the (Poker)Stars Doing?

As a direct consequence of lockdowns around the world in the wake of the COVID-19 pandemic, global online poker traffic has absolutely soared. Even in markets where real-money poker play isn’t possible, friends are getting together for social (distancing) gatherings for play money online poker games. One of the most popular trends we’ve seen in the coronavirus era is live home game poker players moving the games online.

One of the most popular places where people are playing home games online is PokerStars, which for years has had a sleek Private Home Games section available to any group of folks who wants to set one up.

Recently I’ve been wondering if and to what extent any of the prominent PokerStars ambassadors have been engaging in online poker home game play. As a matter of fact, I had a number of questions that I wanted to pose to sponsored pros, namely:

How often have you been playing in online home games? For what stakes? Cash games or tournaments? Real money or play money? Hold’em, other games, mixed games, or all of the above? Has it been with home game friends with whom you play in real life or other friends/strangers from around the country/world?

Beyond that, I’ve wondered to what extent the social interaction component of online poker home game play was important to these ambassadors. More specifically:

Have you been using Zoom, Skype, or some other sort of second platform to add a social component to the home game play? If so, what has that experience been like?

Putting these questions out there, a number of PokerStars Team Pros were kind enough to send in their responses to my questions. They’ve all been on lockdown, of course, and like many of us have felt the need to scratching their respective poker itches, too. As many of them are primarily online poker players and Twitch streamers, the addition of online home game play to their regular poker repertoire has been relatively smooth and natural.

Thanks so much to Chris Moneymaker, GJ Reggie, Fintan Hand, and Felix Schneiders for kindly taking the time to share their online poker home games experiences with us. 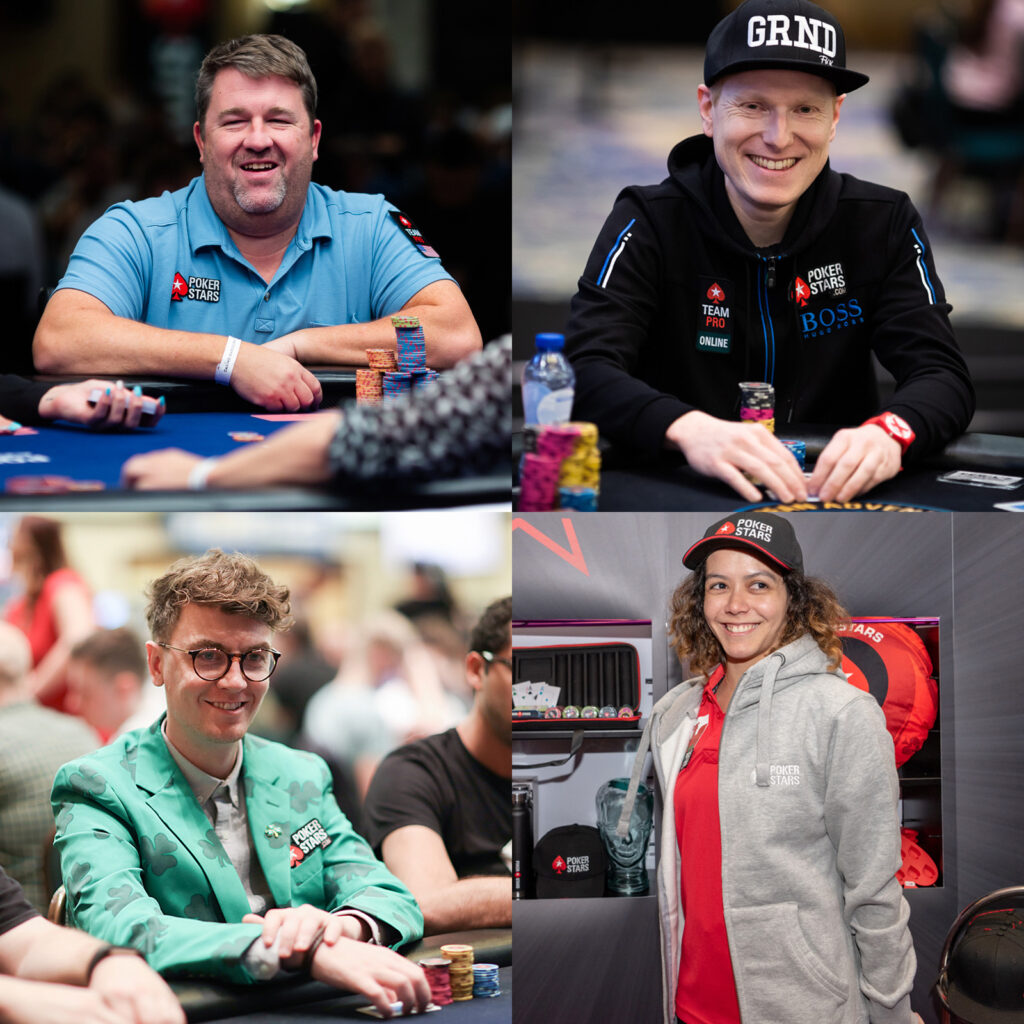 I’ve been playing for play money every week on Tuesdays and Thursdays. They’ve all been No Limit Hold’em tournaments. Some friends and I also have a mixed game group for our private games. While we haven’t done Zoom or Skype, I have also been playing PokerStars VR three times a week. It’s been a great experience to socialize with people who I am getting to know virtually.

I’ve been playing in home games online for a long time, in fact semi-regularly for the last 18 months; basically since I started streaming. The games I create myself are usually 55c buy-in tournaments and we play a variety of games; not just hold’em. My home game is open to members of my Twitch community, so it’s usually full of people from all around the world.

Truth be told, can’t really speak to doing anything on Zoom or Skype since I’m usually streaming whilst playing. So with that said, it’s a little different to a regular closed off hanging with friends home game. Plus, I’m usually (multi-tabling) playing other tournaments as well as trying to keep up with everyone in chat.

I am SITting at my desk and GOing to play some Poker.
So you should SIT down and GO put the stream on.
SIT and GO.
Get it?
Alright I’m leaving now.
Live —>https://t.co/VE0YGmudvp

Since the lockdown was imposed, I’ve been running home games every day on my stream. Rather than cash games, it’s always tournaments and always for a 11c buy-in to keep things as inclusive as possible. We mix it up occasionally but for the most part we’re playing No Limit Hold’em. Since I’ve been streaming all my online poker home game play, I’ve of course been on call to everyone watching like usual. With that said, many of my friends who have been playing tend to get on Zoom calls together and I know they’ve really enjoyed that aspect of playing online together.

I have been running my home game club (first grindingitup, then GRND) ever since they were introduced for my community. First, I had my club at the PokerStars School to accompany my live training classes with a place for people to gather, hang out and play against each other in a friendly but competitive way.

Then, after starting my YouTube channel and #grindingitup Challenge to have a place where my community could gather. Since then we have played countless games, for fun and friendly competition, but also for giveaways and special bounty rewards! At first it was weekly or only a couple times a week until I started streaming on Twitch. That’s when my club blew up with people filling in from all around the world to play with the community and myself live on stream, because it’s even more exciting to see your name out there. At this point we have over 18,000 members and are looking to celebrate the 20K anniversary hopefully soon with lots of giveaway action!

We have not yet done any sort of Zoom or Skype meetings to accompany the games, but in principle for streaming purposes it would be an amazing idea to see the faces behind the screen names and add an even more personal touch. I believe home games are at the very core of every community and should be treated with high regard, as it is the place where everyone feels connected to each other, and can compete and play against each other while sometimes even getting some stream fame. Your questions are actually inspiring me to give this project a try on my stream. Thanks! 🙂

Spraggy Says: How To Set Up An Online Poker Home Game

If you’ve personally got an interest in playing in home games on PokerStars but don’t know how to set one up, you ought to take a couple minutes to watch the “How To” video by PokerStars Pro Benjamin Spragg (Spraggy), who lays it out for you nice and simple. As someone who has personally played in a few home games on the platform over the past few weeks, I can assure you it’s a fun and enjoyable experience you ought to try yourself.