Laughs and smiles continued to be on show on the third day of the 2022 Mixed Game Festival II at Resorts World, Las Vegas. Tuesday was another fantastic day of celebrating some of the craziest poker variants out there as the festival gets closer to awarding its grand prize: a PokerStars Live Event package which includes a €400 buy-in Road to PSPC ticket, flights and hotel in one of eight European countries.

Hot off the presses: Recap of Day 2 highlights from our @PokerLifeMedia #MixedGameFestival courtesy of @MattyBet.

Thanks again to @BernardLeePoker for the special appearance, and to everyone who joined us!

Much of the day was played on one table of $4/8 dealer’s choice, but we were in fine company. Poker player and author of Mastering Mixed Games Dylan Linde stopped by to sign copies of his book and jumped into the action.

After Linde wished the table goodbye, the one and only Norman Chad took his seat, marking the chance for the table to win some prizes.

Chad thought he was in luck and scooped a BBO Poker Tables goodie-bag, but quickly found out his tablemate on the right went runner-runner to make trips and scoop the giveaway. Mr. Chad naturally expressed his “displeasure” in his onw inimitable way.

Also joining in the mixed game fun was Mike Williams, the Director of Poker Operations for the Bellagio Poker Room. And then suddenly Joey Ingram turned up!

The beloved poker content creator hopped in for a couple of hands of High Dugi and embraced the spirit of the Mixed Game Festival.

In a topsy-turvy, ever-changing poker world, this is still insane:

Mixed Game aficionado Martin Smith continued to be a piece of the furniture at the Resorts World poker room, with over 45 hours logged in the three days since the Mixed Game Festival II began! The Malta resident is surely making the most out of his first trip to Las Vegas!

Smith also wrote the brilliant Pot Limit Sviten Special, which is currently available on Kindle. It is the ultimate strategy guide for one of the best little-known varieties of poker around. This book takes you from basic information about how the game is dealt and played, to how to play the game profitably. 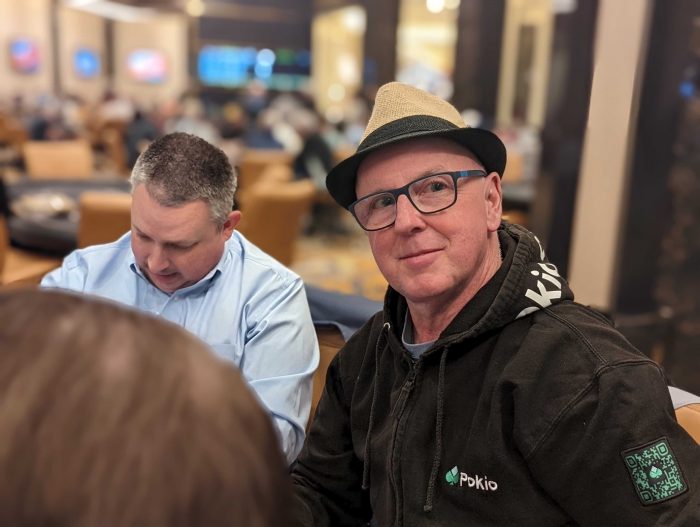 The revolving door of famous faces continued with Robert and Michael Mizrachi. The poker legends recently co-wrote Getting Started with HORSE alongside WSOP bracelet winner (and Cardplayer Lifestyle contributor) Chris Wallace. The latter was also scheduled to come along but was unfortunately unable to show up after feeling under the weather. Hope you feel better soon, Chris!

As more dealers arrived for the night shift, a second table of $4/8 dealer’s choice action opened up, headlined by 2004 WSOP Main Event Champion Greg Raymer, and that ran alongside table 1 until the wee hours of the morning. 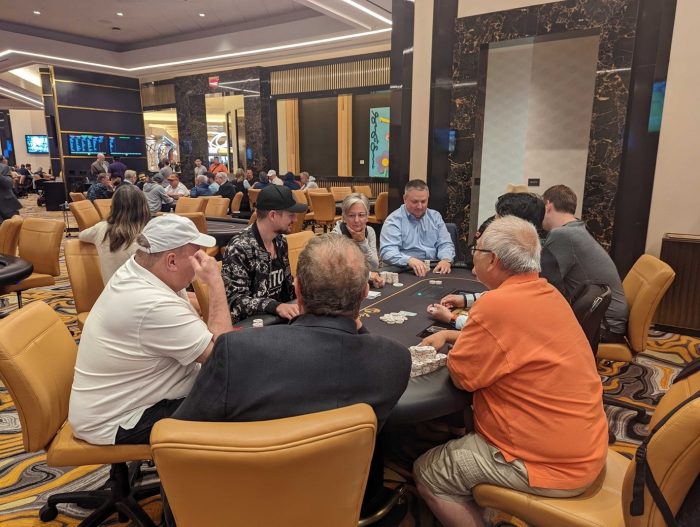 The fun continues today with Raymer scheduled to show up once again. The inaugural Mixed Game Festival $200 H.O.R.S.E. winner will be signing his book, Fossilman’s Winning Tournament Strategies, as well as reliving the day he won a PokerStars Platinum Pass.

Thursday, June 16 marks the final day of the Mixed Game Festival II but there is plenty to look forward to. Poker Hall of Famer Eli Elezra will be in attendance Thursday, and will be signing copies of his autobiography, Pulling the Trigger.

In the evening, the random draw for the festival’s grand price — a PokerStars Live Event package — will take place. So be sure to log some hours at the festival to have a chance of winning. It really is that simple.