At the start of the year, I put together a list of five poker goals that I wanted to achieve. It took quite a while but, just a couple weeks ago, I finally made some headway towards achieving goal #1 (running two charity poker events), after I organized an event to benefit Kids Kicking Cancer. 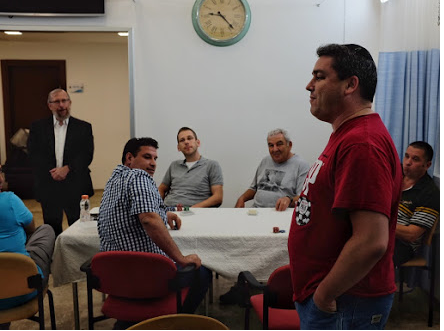 The concept of a charity poker event isn’t a new one, of course, with many high-profile ones taking place over the calendar year that numerous professional poker players participate in and support. On a far more local level, I’ve been championing the cause of charity poker for years and have run quite a few fundraiser nights here in Israel. While the glitz and glamour often seen at top-tier charity poker events are missing from the ones I run, the grassroots nature of my events make for real, “feel-good” evenings.

Most of the attendees at my events currently live in Israel, but we originally hail from all corners of the world – from America to Australia, from Europe to South Africa, and beyond. When we’re playing in tournament format, the buy-in is a very affordable $25, with one $25 rebuy allowed. That might not sound like much money to players who traverse the globe and play in events like the APPT, but it’s for a good cause. Anyhow, half of all monies collected are donated to the night’s charity with the other half comprising the prize pool, divvied up among the top 10% of finishers. 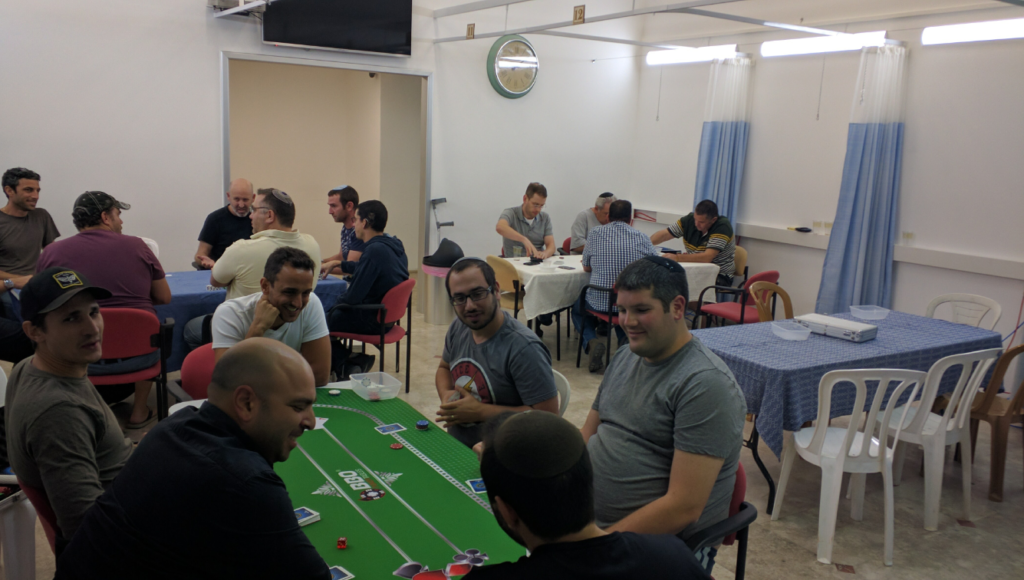 The first time I ever ran a charity poker night, back in the mid-2000s, it was a 40-person tournament. I made the fundraiser an annual one, and attendance increased each year over four consecutive years. The highest number of players we ever had in one night was 96, as part of a 12-table tournament. That night, we raised over $2,300. It’s a night I’ll never forget, as we packed a local synagogue’s social hall to its limit.

With more players, however, comes more complicated logistics. Things are complex when you and a bunch of volunteers are trying to run a smoothly flowing event, without the benefit of casino staff or hired professional help. It happened to be that my first child was born right around the time of that banner charity poker event. Life got busy and I wasn’t able to dedicate the time and resources anymore to running tournaments.

Also, I realized that while there was added value to having additional funds raised via increased attendance, the purpose of a charity poker night was similarly fulfilled even with a smaller turnout.

So, I switched to running cash game charity poker events instead.

It’s a lot easier to run a cash games format, with far fewer logistics to worry about. There’s no need to worry about people arriving on time, as they can quite literally just buy in and start playing right away, as soon as there are enough players to start a new table. 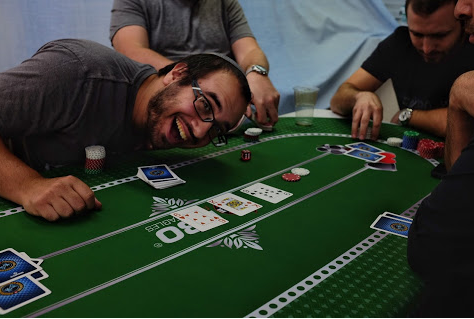 As for the charity component, it’s quite simple – we take a 10% rake of each pot, up to $1. With each table playing for stakes of $0.25/$0.50, and averaging approximately 25 hands per hour, the money just keeps adding up for the charity with each passing hour of play.

This time around, my Dad was kind enough to let us use his office space. While we were prepared for a maximum of 32 players, a very respectable 22 showed up. At most, we had three tables running simultaneously and play lasted for a total of 6.5 hours from when the first hand was dealt.

This was also the first time I got to use my Portable Poker Party Mat at a charity poker event; you can see it in use in many of the pictures here. My buddies loved it, so I want to thank George, from BBO Poker Tables, for sending it over to me – much appreciated!

All in all, we raised just over $500; not a huge sum, by any means, but a sum we all felt proud to contribute to.

What Made This One Special?

As mentioned, the charitable cause was one near and dear to me, Kids Kicking Cancer. I’ve been raising money for them for almost two years now with other initiatives.

Usually, I speak about the night’s charity prior to the start of each event, but this night was different. The founder of the charity, Rabbi Elimelech Goldberg, happened to be visiting Israel. He made the special effort to come and speak to us all about the amazing work he does. 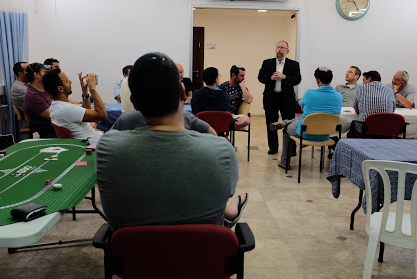 Those few minutes where we stopped the poker play to listen to him speak were incredibly special. It reminded us that while we were playing to have fun and win money, we were all serving a “higher purpose”, as it were.

Here’s hoping I’ll get to run a second charity poker event before the end of the year and thus be able to mark Goal #1 as “achieved”,

P.S. Thank you very much to my friend, and longtime Cardplayer Lifestyle supporter, Moshe Friedline for taking some excellent pictures that really captured the spirit and excitement of the evening.