Luck vs. Skill In Different Card Games – Why Poker “Wins”

Playing cards is a lot of fun. Whether you do so live, with friends or family, or online, against total strangers, it’s a great way to pass some time. However, not all card games are created equal, and some of them are more challenging than others.

One of the biggest arguments people have had about card games, in general, is whether they’re all about luck or if there is also a skill element to them.

There is no single answer to this question as there are so many different games out there. In this article, however, we’ll focus on three very popular card games to try and see what the balance between luck and skill is like in cribbage, rummy, and poker. 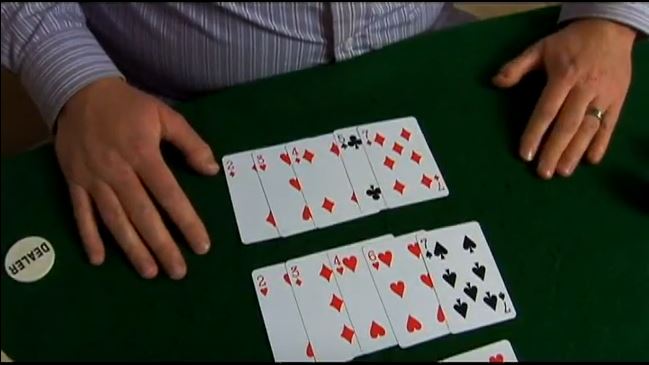 Cribbage – Plenty of Luck with Some Skill

Cribbage is a fun little game that enjoys a lot of popularity in North America. It takes some time to learn how to play cribbage, and the game does require some additional equipment to be played as intended, which is probably why it’s never become as popular as some other card games.

As far as the skill is concerned, cribbage isn’t all that difficult. You’ll need to learn some basic strategies on what cards to keep and what cards to send to the crib, but that’s about it.

The game is definitely more about luck than it is about skill. If you’re dealt a good starting hand, you’ll need just a bit of skill to play your cards correctly, but all the knowledge you need can be learned rather quickly.

At the same time, cribbage does require a certain set of skills that aren’t needed in most other card games. You’ll need to quickly add card values and call them correctly, as making mistakes will cost you much-needed pips (points).

Rummy is one of those games that people argue most often about. It is a hugely popular game played worldwide, and bad players keep insisting that it’s just the game of luck. Good players beg to differ, and they have results to back it up.

The fact of the matter is that rummy does have a significant luck element attached to it. You can’t influence the cards you’ll be dealt, and even someone with a very basic understanding of the game will have no problem winning with a very strong starting hand.

When you’re dealt a really bad starting hand, there is not much you can do about it.

The effect of skill in rummy may not be that clear, but it’s definitely there. A good player will know what their opponents are holding, giving them a chance to make better decisions, change their own combos, and make it harder for other players to finish the game.

Poker – All About Skill

Of these three, poker is definitely the most skillful game. Texas Hold’em, which most people refer to when talking about poker, is pretty much all about skill. Anyone can win in a single cash game or a tournament. However, it’s been proven beyond the shadow of a doubt that skill triumphs over luck in the long run.

Many professional poker players have been making a living playing the game for years and even decades, consistently turning a profit.

However, because luck does play a big role in the short term, poker continues to attract hundreds of thousands of players from all over the world. A few lucky winners help perpetuate the myth that poker is a game of luck and that anyone can win with a bit of help from the deck – and professional players wouldn’t have it any other way.

As long as there are enough people who believe that they can win at the tables without learning about the strategy, the pros and skilled players will continue to prosper. There is no doubt that poker is a skill game, but the influence of luck is just enough to keep everyone interested and coming back for more, which is why poker is probably the most popular card game on the planet.