Home POKER OP-EDS What Does Hannukah Have to Do with Poker?
POKER OP-EDS

What Does Hannukah Have to Do with Poker?

Updated: December 12, 2017: I first published this post six years ago and having taken a look at it once again just now, I’m happy that it’s aged well. The reason? Well, quite frankly, Hannukah remains a wonderful holiday just as poker remains a wonderful game, with both being enjoyed and celebrated worldwide.

Jews around the world are celebrate Hannukah, the eight-day-long Festival of Lights that commemorates the Maccabean victory over their Greek oppressors. At first glance, the holiday has nothing at all to do with poker, right? Well, here at Cardplayer Lifestyle, we’d like to suggest that there’s more to Hannukah than meets the eye as far as poker is concerned.

The Maccabees’ victory against all odds and the one-day’s worth of oil burning for eight straight days in the Temple showcases that miracles can happen that defy all nature. To poker players, especially tournament specialists, the lessons of this story are clear: even with your back against the wall, never give up hope! As any fan of Antonio Esfandiari knows, you can always use your ONE TIME! 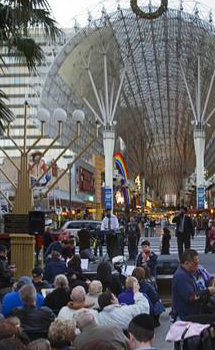 Tournament poker’s best known example of this type of attitude is personified by Jack Straus, who came back from the brink of elimination to win the WSOP Main Event in 1982. In fact, it was Straus’ comeback that helped coin the phrase “a chip and a chair” (is all you need to win), as he was literally left with one solitary poker chip before his fortunes turned around.

The same is true for cash game players. Just because you might be the small stack at a table full of big stacks doesn’t necessarily mean your fate is sealed. So long as you pick your spots and battles carefully, you’re capable of conquering even the mightiest of foes at the felt.

It’s All About the Gelt (Money)

Arguably, one of the most important measures of success in poker is the amount of money won/lost. No holiday on the Jewish calendar is as associated with money as is Hannukah. For ages, Jewish parents have been known to give their kids Hannukah gelt (either real money or chocolate-filled coins that interestingly resemble poker chips in both shape and size). The kids then play highly contested “dreidel” games (the spinning top) with this gelt. The similarities between dreidel and poker are many: there’s an element of chance, everyone playing has to “ante up”, and each player is trying to win everyone else’s gelt. Perhaps dreidel games is where the Top 10 Jews in Poker got their start? Believe it or not, someone out there even thought of combining the two games into No Limit Texas Dreidel! 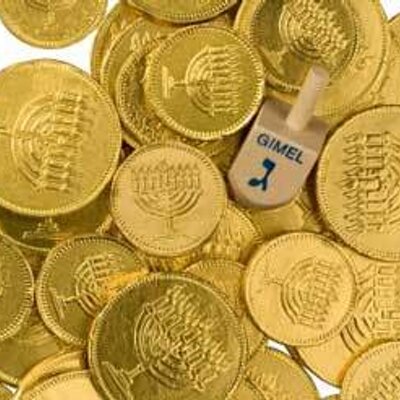 Moreover, another common bond you can make between Hannukah and poker, as far as gelt goes, is to run or participate in a charity poker tournament or get into the holiday spirit by donating some of your poker winnings to charity. While these are laudable initiatives and worthwhile undertakings at any time during the year, there’s something special about Hannukah that just makes a charity poker event feel “right” during the holiday.

So this holiday season, as you pull up a chair at the poker table, whether it’s in your regular weekly home game or in your local casino poker room, why not take a page out of the Hannukah manual? Instead of just maintaining a plain old Poker Face, we encourage you to play your best poker at the felt and place some Macca-beats on your opponents.