Over the years I’ve enjoyed reading stories from others about their experiences in the early days of the poker industry, working with some of the characters of the time. Dan Goldman, for example, recounts how he was hired to head up marketing at PokerStars (and tells many other great stories). Then we have Steve Badger’s ‘Stories from the Poker Boom’. For a poker geek like me who remembers a little of the good old days, these stories are gold.

I’ve now been in this industry long enough that I have some ‘old timer’ stories of my own, many of which from my time working with PokerStars and Full Tilt Poker between 2006 and 2011. I’m one of a handful of people to have worked for both Ray Bitar (Full Tilt Poker’s CEO) and Isai Scheinberg (Founder of PokerStars). In this article I thought it would be interesting to talk about my experiences with them, what similarities they had, and what made them different.

My First Encounters with Isai and Ray

I’d been working for PokerStars for a year and a half before I met Isai for the first time. I’d just moved to the Isle of Man to take up a new role, and so was unfamiliar with much of the team there. It was an innocuous scenario – walking through the office with my line manager; we bumped into Isai and I was introduced as the new guy. He was polite and courteous, modestly dressed, and had a sense of humility about him. His accent was strong, and I later learned that he could speak at least four languages (English, Lithuanian, Russian and Hebrew). We said our hellos and moved on. 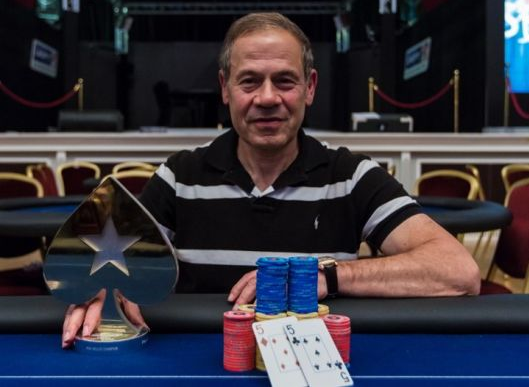 Meeting Ray Bitar for the first time was quite different. It was summer 2010, and I was in Las Vegas with friends for the WSOP. A meeting with Ray had been set up by the recruiter who had approached me about a role at Full Tilt. I waited downstairs in the Bellagio for about half an hour beyond the scheduled meeting time before Ray appeared and walked me to the elevator. I interviewed with him in his lavish suite overlooking the fountains, which was probably five times the size of the apartment I lived in at the time. We spoke about cars, who we thought would win the Main Event, and very little about work – clearly, the meeting was about establishing whether I was a ‘real poker guy’ or not, and whether we could work together on a personal level, not whether I was qualified for the role. 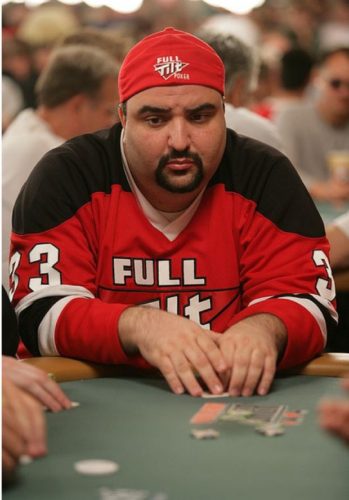 You might think Ray was a show off, and I can understand why. In addition to the crazy big Bellagio suite, he drove a flashy car, had a massive corner office, and enjoyed his material wealth in many other ways. But actually, I don’t think he was trying to impress me or anyone else. (I was a 27-year-old guy. If he wanted to impress me, there would have been far more effective ways to do so.) I think he had grown insensitive to the value and importance of money. This trait sometimes showed itself in how generous he could be with his friends. Ultimately, I think this trait contributed to the downfall of Full Tilt.

Isai, on the other hand, was shrewd when it came to money. We would often fight hard to justify adding new staff to the team, and PokerStars’ software development team was famously lean. In hindsight it is remarkable what was achieved by so few people. When he did hire, he hired carefully – paying a good salary and recruiting passionate, knowledgeable and fiercely loyal people.

But Isai could also be fabulously generous, too. He strongly supported PokerStars’ many charitable initiatives, which often involved raising money within the poker client to be earmarked for donation. When he eventually departed the company after it was sold to Amaya, he and his son Mark gave bonuses to almost every employee, amounting to 1 month’s salary for every year of service – a phenomenal sum of money for many people (and quite the boost to Isle of Man car sales!). These days, he is actively involved in charitable initiatives on the Isle of Man and is known for being generous with the one thing a billionaire doesn’t have much of – his time.

As is often the case with founder-leaders, Isai was notoriously hands-on. He knew every detail of the business and was involved in even the tiniest aspects of promotions, the tournament offerings, the product, game integrity cases, you name it. Get something wrong and he could be scathing and brutal. His desire to give approval on everyday tasks often slowed things to a crawl. I learned a lot from Isai but as I have developed as a leader myself, I have tried hard not to emulate this characteristic, as it made working for him extremely frustrating at times. The company Isai built was utterly dependent on him, and it has suffered since his departure.

Ray, on the other hand, was a hands-off type. I reported directly to him, but he delegated almost all responsibility in managing me to others. If he was involved in the detail, it was because the subject matter was deeply important. For example, the first time I saw him get really involved was because the issue in question was eChecks not clearing, but still being credited to players’ accounts – the infamous ‘phantom deposits’ issue. “It’s literally costing us millions of dollars”, I remember him saying. The downside to being hands-off, of course, is that when it hits the fan you might not have the knowledge or awareness you need to act quickly and decisively.

Despite their differences, Isai and Ray had more in common than you might think. Both were hardworking and straight talking, and they built companies that were hardworking and straight talking, too, albeit in different ways. PokerStars felt like a family business, while Full Tilt felt like a Silicon Valley tech startup. At both companies, people disagreed openly and passionately. You had to be resilient, but it was incredibly productive. At both PokerStars and Full Tilt, employees bonded over their shared love of poker. They were tight communities where we worked and played together, on the felt and off. (Incidentally, both company home games were a lot of fun, but the Full Tilt game was a LOT tougher.)

So there we have it. Two leaders who were hardworking, and who built and scaled successful companies with brilliant cultures, but with different styles. Isai with his financial shrewdness and hands-on approach. Ray, the delegator with no sense of the value of money.

When Black Friday hit on April 15th, 2011, the two leaders’ styles would contribute to the difference in outcomes for each company. Isai saw it coming, was prepared, and had all of the knowledge of day-to-day operations he needed to jump into action.

Ray was caught off guard. For the most part he had delegated the finances of the business to the CFO. He had a huge mountain to climb in understanding the true financial situation of the business, which turned out to be worse than anyone thought.

We all know what happened next and the implications it had for players and the entire online poker industry. I understand that many people take comfort in having a figurehead to blame for the demise of Full Tilt, but Ray’s actions weren’t those of an evil person. They were those of a person who was woefully unprepared for the challenge he faced.

If two other people had been in charge, who knows? Things might have ended up differently.

Alex Scott (Twitter: @AlexScott72o) is the General Manager of WPT Global. He has worked in the poker business for over 15 years, starting out with the World Poker Tour, then working his way up through PokerStars, Full Tilt Poker and Microgaming, where he was Managing Director of their poker network, MPN. After a brief stint working […]