I Love Surprises in LIFE… Not in Poker

I love surprises in life. That’s why I don’t watch movie trailers. Truly, I DON’T WATCH MOVIE TRAILERS. That might seem weird to most of you.  I simply decide to see a movie based on the actors/director/story/word of mouth, then go see it (or not).

I also don’t read Yelp reviews on a new restaurant. I want to experience all things fresh, basically be surprised by it, without going into it with expectations.

However, I DON’T LIKE surprises at the poker tables. That’s why I feel it’s important to check out poker room reviews on sites like https://uspokersites.us/. As regards actual poker play, I view poker surprises as a sign that I didn’t plan the hand and failed to put as much thought into my decision as it warranted.

Let me illustrate this with an example hand: 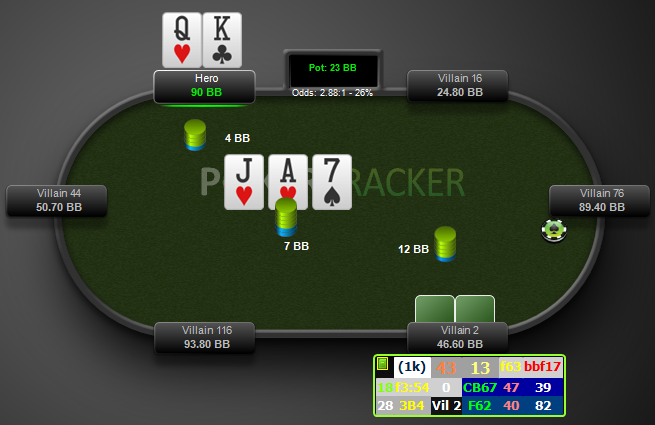 Flopping a gutshot as the preflop raiser and getting my continuation bet check-raised.

Now, if this play surprised me, I didn’t do my job properly.

After continuation betting, the action goes back to my opponent. He would now have the option to fold, check-call or check-raise.

It’s my job to put at least a little bit of thought into what each play would mean before I make the initial flop continuation bet:

If his check-raise surprised me, my reaction could be, “Drat! What do I do now? Do I fold my gutshot? Reraise bluff him? Just fold and give up my equity?! This sucks.”

However, if I had put some thought into what each potential reaction says about his hand, I wouldn’t be surprised, and my play would be pretty obvious.

Think Ahead to Avoid Surprises

To help you avoid surprises and plan for the rest of the hand before you act, ask yourself this question:

“What hands would he action?”

This requires that you put some thought into his possible reactions to your action.

What hands would he fold?

What hands would he check-call?

What hands would he check-raise?

Now, if you thought about all this before cbetting, and you faced his check-raise to 12BBs, what’s your reaction to his reaction?

Sure, it’s a bummer missing out on your gutshot equity.

But here’s the good news; you planned for this. His check-raise wasn’t a surprise, but instead, it was him revealing the strength of his hand.

“Awesome! Thanks Villain 2 for letting me know I was crushed. I’m just going to fold and move on to the next hand and plan for future ways to exploit your fishy tendencies.”

In your next play session, plan for your opponent’s reaction to your play before you make it.

Before you cbet from out of position:

Before you value bet the river:

Good luck planning for their actions and avoiding surprises.