How Poker Cured My Social Anxiety

My therapist gets it, nodding her head when I tell her that I think poker has cured my social anxiety. I make the statement as a sort of joke, letting it ride without much confidence. I’ve only just noticed the phenomenon in the two weeks since we’ve last seen each other. A sudden absence of my usually fatiguing social quirks and miscues. Less mind fog during conversations. Minimal dwelling on future events. No onsets of panic attacks. This unfamiliar inner calm takes me by surprise more than anything and though I suppose a leveling of my brain chemicals or simply the perks of maturation could explain it, I choose to give my newfound dedication to poker the credit. 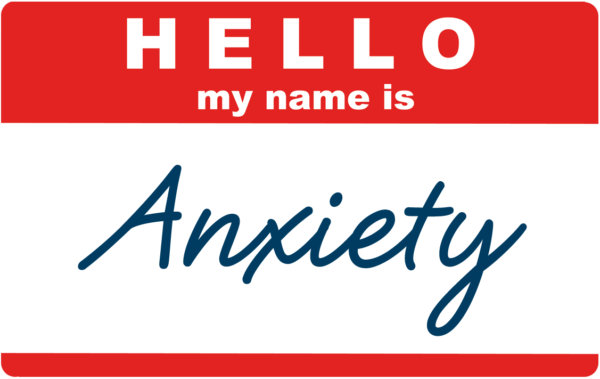 At first, I read my therapist’s agreement as purely jest, a humoring of my attempt at self-psychoanalysis. But when her warm acknowledgement does not break, I realize the display of understanding is sincere. “Cognitive Behavioral Therapy,” she says. “You’re rewiring how you react to adverse events.”

I ask her for an explanation, and she breaks it down.

CBT (or, Cognitive Behavior Therapy) is a psychological method of behavioral and emotional correction. Faced with a triggering event, an individual naturally reacts with a series of automatic thoughts, feelings, and behaviors. In line with this, the disposition of these thoughts, feelings, and behaviors is highly influenced by core beliefs that an individual maintains about themselves or the situation at hand. Over a lifetime, these core beliefs move in one of two directions, adopting positive or negative connotations. And when negative, a triggering event can often be catastrophic, resulting in compounding stress, anxiety, and unhealthy coping mechanisms, which not only worsen the triggering event, but reinforce the core belief which fed its disruption.

“So, the goal is to readjust my core beliefs?” I ask.

“Exactly,” she says, “but it’s an effort in reverse. To do so you must rework the automatic responses, which require prolonged subjection to triggering events.”

When she says it this way, I feel a bit guilty. Over the two years of working together, she has encouraged me many times to participate in the practice of CBT. Whether it be acknowledging and discarding unwanted thoughts while at a party or refusing to blame myself when a first date hasn’t panned out, efforts to nudge me toward actively correcting my core beliefs has been made. And yet over and over again these simple homework assignments had proven too difficult. Too uncomfortable. I socialized, but to dull the anxiety of a function, I’d choose alcohol over meditation. I accepted invites to gatherings, but when the stress of attending became overwhelming, I would choose not to go. In place of an attempt to help myself, I stubbornly persisted down the path of least resistance.

But then here we were, in the same cozy office where I’d brushed off this sage advice countless times before, recognizing that in fact I had done the work after all. Though instead of nullifying my social anxiety through the repeated discomfort of attending parties or sitting alone at a bar, I’d accidentally fought through a mimic of these discomforts doing something I actually loved, playing poker.

My therapist sits back in her chair and taps her pen on the legal pad resting over her hip. “What do you fear the most about social interactions?”

My instinct is to deflect. I don’t know… the socializing, I think. But smartass refusals to admit my true barriers are what have gotten me to this point to begin with, so I try my hand at honesty. “Maybe, embarrassment?”

“But what about embarrassment? The feeling of being in it? The worry of what it will lead to?”

“Rejection,” I say, feeling the words dislodge from within me. “Being rejected.”

I think back to all the times in my life that hurt the most when trying to fit in. Eating lunches alone throughout middle school. A travel soccer team on which I was the outcast and an easy target for bullying. Panic attacks during college presentations. Hostile work environments. In all these memories, I note the same variables. Feeling as if I am an army of one. Risking my personal protection for uncertain rewards. Wading through darkness with limited knowledge of when I’d find light. All, in general, certain aspects of poker.

Much like social interactions, poker offers all the same avenues for inviting anxiety. At the height of my troubles, while in conversations, I was always overly aware of other’s eyes being attuned to me, of the attention being payed. And whether true or manifested from my own idiosyncrasies, I couldn’t break from the worry that I was being analyzed and facing scrutiny by the people around me. Likewise, in poker, with each shuffle and deal of the cards, I’d face an excruciating moment in the spotlight. My opponents enacting the same tools as they would if we were in conversation instead. Though through silence, I knew it was my body language they were watching, my quirks and patterns they were picking apart, my faults they were noting.

For a long while, this fear of being closely observed and judged kept me away from the poker table. Between the first time I sat down to play in a casino and the time that reignited my passion for the game, over a decade had passed. Poker, more than any other social event I’d ever participated in, offered the most frequent opportunity for rejection. What if I act out of turn? Stack my chips wrong? Lose all my money on the very first hand? People will know I am weak if my hands are shaking. Will know I’m a newbie if I say something stupid. They might even ask me to leave.

Leading up to a session of play and while at the table, I’d let these unnerving thoughts debilitate me. Still, I was finding some success amidst all this inner turmoil, discovering that after an hour or so of play, I’d naturally calm and settle into a mode of near comfort.

The moment that sticks out clearest in my mind as representative of poker’s impact on healing my psyche, came on the day of one of my first significant tournaments. The night before my registered start, I was so restless with energy, that I decided to forego sleep around 3am and drove my car a caffeine-fueled two-and-a-half hours to the casino. When I arrived in the poker room around 6am, dazed, but excited to play, there was only one cash game in action, the table surrounded with serious looking gamblers who appeared to have been at war for days. Among them, there was an open seat, but I found myself unable to approach it. Being so overwhelmed with nerves of joining the table as a newcomer and attracting all the attention that would bring, left me paralyzed. So instead, I turned around, my heart pounding, vision narrowed, and went back to my car, where I fell asleep until the start of the tournament.

When I reentered the poker room later that day, this time rested and having digested my cup of daily anxiety, I experienced a different feeling than I had earlier that morning, the same unexpected calm which would later take root as the norm in all of my social interactions. In a way, it had seemed that facing this space before, even briefly, acknowledging and processing my fear earlier that morning, had provided me with a certain peace of mind. Without yet having the definition to my practice, I’d taken the initial steps of confronting my issues using CBT.

I’d go on that day, focused and determined, to nab my first cash in a live tournament. A 21st place finish amidst more than 600 entrants. Further reinforcement that practicing healthy mental habits could be valuable in more ways than one.

My therapist and I go off of this to make as many connections as we can between poker and real life. How in neither you can be sure of what cards your counterparts are holding. That there are no guarantees of how the board will run out or if you will avoid bad beats in the long run. How inevitably there will always be people that you do not get along with, who will try to steer you the wrong way, or will engage with you under ulterior motives. But that against it all, you’ll find the majority of people you are surrounded by are there for similar reasons, to enjoy themselves and the game they love.

In the end, it all came down to believing I had as much of a right to a spot at the table as anyone else.

Before I leave my session, my therapist likes to end with the same question. “What will you take with you from today?”

And for now, my answer is simple. “To keep myself in the game,” I say. “To just stay in the game.”

Matt Broderick is a writer/professor from New Jersey. He holds an MFA from Rutgers Newark, where he also teaches English. His writing and art have appeared in Cheap Pop, Redivider, and The Review Review. Find him on IG/Twitter: @NotMyDayOff