Has Anyone Seen Norman Chad?

Perhaps that’s why it took me a little while to realize… “hey, where did Norman Chad go?” 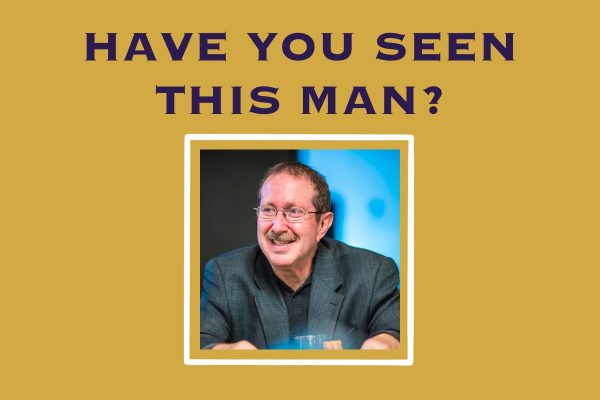 He’s not actually missing, mind you. He still resides in Southern California, and is thankfully safe and sound in his home as I publish this.

But he is missing from Twitter, which got me wondering why.

So, I did what any good friend would do; I reached out to see if everything was OK.

The email I received in response indicated that Norman was anything but OK.

Genuinely flabbergasted, my jaw dropped when I then watched the Joey Ingram footage:

Above, I wrote that “thankfully” Norman is safe and sound. That’s not a word I haphazardly threw in just for the hell of it.

Words have tremendous power, including the power to incite. Perhaps that’s why people were created with two eyes, two ears, etc., but only one tongue? We must use and choose our words carefully, especially those of us with the privilege of having larger platforms via which we could influence legions of others. With great power comes great responsibility.

Sure, Twitter (especially Twitter 2.0) is THE modern-day battleground, and seemingly every day there’s yet another issue for all of us to get worked up into a frenzy about. The poker community knows this all too well.

But to the point of making threats of physical violence? Not cool. Not cool at all. As a matter of fact, it’s really fucking dangerous.

Joey Is My Friend, Too

Coincidentally, not too long ago, lots of folks were asking ‘has anyone seen Joey?’ On multiple occasions during his social media sabbatical, I attempted to reach out to him, too. Like many, I breathed a sigh of relief when he reemerged on the scene.

Joey and I first connected back in 2014. He’s interviewed me on his podcast, and I’ve interviewed him on a few occasions, too. He’s always been nice to me and has shown exceptional support – online and in person – of my work in the poker world, for which I’ve always been supremely grateful. I love that he cares so much about poker and has toiled tirelessly seeking to grow, inform, and entertain our game’s fanbase. 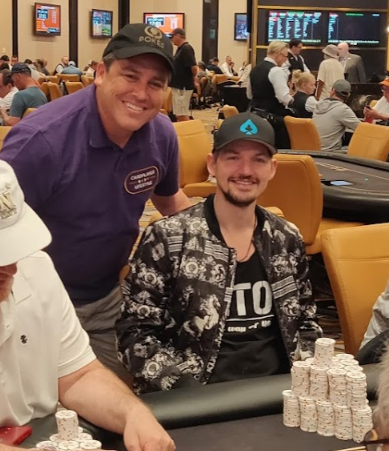 Much in the same way that “dropping the kids off at the pool” means something quite literal for this 40-something father of three in the suburbs versus something wildly different for a 30-something single guy in Vegas, our styles and approaches to content creation couldn’t be more different.

Yet, while Joey’s investigations aren’t always my cup of tea, that doesn’t matter in the grand scheme of things. Our shared passion for poker has always been our common bond. Continuing to watch Joey’s work appeal to so many fans makes me happy and optimistic for the future of our game.

Joey takes pride in the content he creates, so I can understand why he might take offense to criticism of his most recent investigation. Even though Norman has said his remarks were made in jest, I can see how Joey might have perceived them as insulting and disrespectful.

BUT, to respond by calling for physical violence to be carried out is not just plain reckless and immature; it’s downright disgraceful.

In Papi-speak: that’s WAY the fuck out of line!

Let that first line of Norman’s email hit you again:

While any public figure must naturally develop thick skin over the years, certain barbs can potentially pierce even the most robust armor.

In a second email to me a few hours later, Norman indicated that he had attempted to speak with Joey privately about “allowing many of his guests to cross the lines of slander and defamation,” and that “when I point out to him (again privately) that his words have induced several of his followers to send me violent threats, he just ignores me.”

We cannot forget that there are real people behind the Tweets, and Norman has very publicly gone on the record on numerous occasions about his years-long battle with clinical depression.

A Hall of Fame-worthy career in this industry and decades of professional experience in the public eye notwithstanding, try to imagine for a moment what it feels like to be Norman Chad right now.

I rarely ever get into the muck and ‘do public controversy,’ and I particularly dislike getting involved in a personal feud between two people I call my friends, but if one can’t take a principled stand in support of their friends then what good is said friendship?

This isn’t just about Norman and Joey, though. It’s about all of us.

JUST WHAT KIND OF POKER COMMUNITY DO WE WANT TO BE A PART OF?!

Sadly, this entire episode is but the latest in an unending series of public assaults that different individuals in our community have had to endure, often from high-profile personalities.

We seem to have forgotten how to engage in a conversation and accept criticism in a respectful manner. There are ways to get a message across without inciting violence.

If this is the callousness with which we treat of one of our own — one of our most beloved — then what hope do we have of demonstrating kindness and common decency to ‘the next random person who walks into a poker room’?

Perhaps that’s a question worth reflecting on as we gather round the tables this holiday season.

There’s a chance that I might lose a friend over this, and that would be a true shame, but Norman’s emails broke my heart.

And better my heart than Norman’s ribs.

** Just prior to publishing this op-ed, I sent it to Joey, asking if he’d like to comment. He suggested we speak on the phone, which we then did for 10 minutes. He defended his actions saying that he had been under attack from Norman for days prior, leading up to the incident; that Norman had been disrespecting the investigation, mocking Joey by calling him a weatherman, and more.

He further said he would never lay a finger on Norman, and that “nobody’s going to Norman’s house or roughing him up.” He told me that he has already spoken to Lon McEachern and Norman’s wife, Toni, and that Norman has his phone number… “why doesn’t he call me? Let’s talk it out.”

Moreover, Joey asked me “why I didn’t include any of Norman’s attacks on him in the article?” to which I responded that I unfortunately have no records of anything Norman said, since his Twitter account was deactivated.

Finally, Joey said that he’d be making a video in the very near future to address this situation and he’s happy to invite Norman on to discuss it on his show.