Getting in the Ring with the New Match Poker Online App

Comparisons are natural in poker. Doyle or Phil … or that other Phil? Are cash game players better than tournament specialists? How do great players compare to each other and what determines greatness?

On a more personal level for most players – how does my game stack up against my friend’s? What separates those pros from my own skills? But actually finding out how you fare against others isn’t an always easy concept to nail down. There are always different considerations: stakes, competition, consistency, and more. Poker isn’t exactly like golf, where a player’s statistics can easily be determined based on scores and handicap.

On a larger level, the success of more well-heeled tournament players can be determined by examining major titles and overall money won. But examining how “regular Joe” players stack up against each other isn’t that simple. 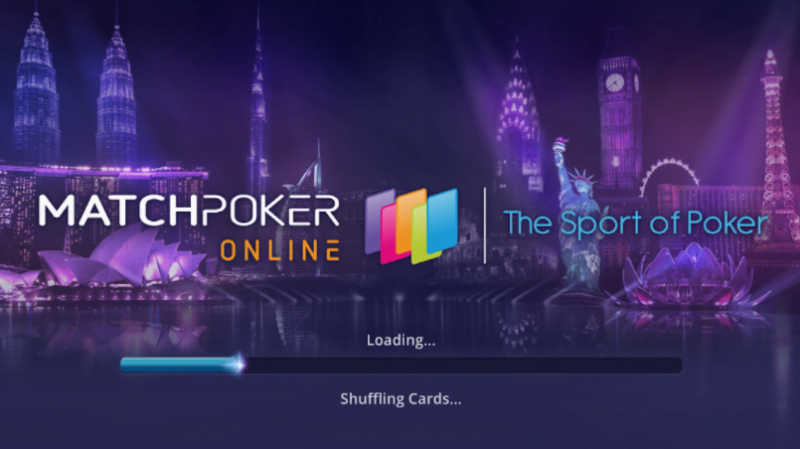 The team behind the new Match Poker Online app are hoping to change that. The game pits players around the world in poker competition, but with a twist. As players hit the tables on the platform, they’ll actually be playing the same hands that other players are playing as well. You can see how your own play with that K♠Q♥ in Seat 6 stacked up against all other players on the Match Poker app played in that same position.

Perhaps you played it differently than much of the rest of the world and didn’t win as many chips as others? Or maybe you ran a nice bluff with that J♣10♦ that other players approached more passively? The app offers plenty of bells and whistles to see where your own play in certain situations compares to others – allowing players to actually compare real hands and playing situations.

What’s the Deal with Match Poker?

Match Poker is an idea that has been around for several years with the goal to “sportify” poker. But Match Poker takes the concept to a different level. Players can now answer questions like: “Should I have raised in this position preflop instead of flat calling? Has this guy got the nuts or is he bluffing? Can I take this pot with a bluff or will I get caught?”

A review of hands will offer those answers and what worked. You can then tailor your game to take into account some of those considerations. When at these virtual tables, you’re not just playing against the players at your table, but against others seated in the same seat you are. All players in that seat are dealt the same two hole cards and see the same flop, turn, and river. It’s up to you how to play that hand and maximize profit – or on the other hand how to minimize losses and potential disaster.

The app hit the App Store and Google Play Store yesterday, February 14, with the Battle Royale version kicking off the launch. Players win chips at their normal poker table, but their real opponents are the players in the same seat at other tables. The goal is to reduce the role that luck has on poker competition.

Even losing hands offer a chance for players to see how they compare. Your pocket Aces may get cracked or that straight busted by a flush, but did you lose fewer chips than others? Was your fold a top-level play that most wouldn’t be able to make? Match Poker Online now gives you those answers.

“It’s not poker as you’ve ever played it before – it’s a Battle Royale where you compete against opponents playing the same hand as you to survive elimination,” Match Poker Online head of customer relations Jake Colman says. “This makes it a pure test of skill – a sport – an official mind sport. And, for the first time in the history of poker, you can obtain an official world ranking. No other poker experience gives you this.” 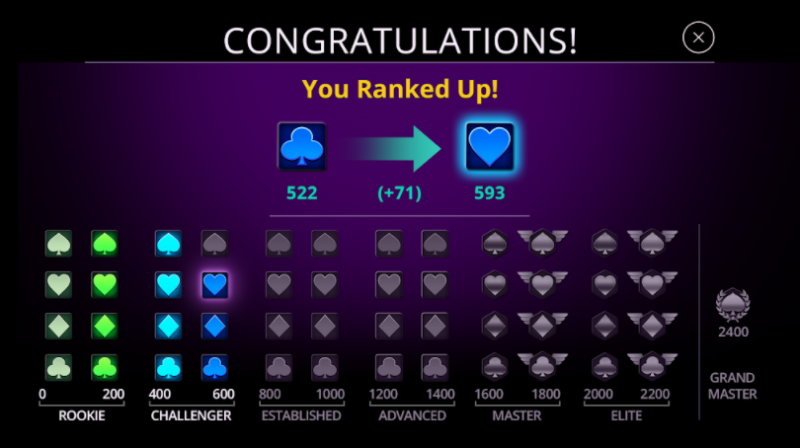 I’ve downloaded and have taken a look at the app. The game offers players four options after opening:

The app is packed with features, statistics, excellent graphics, and fluid gameplay. Match Poker Online isn’t just fun and games however. Players can gain some real insight into their own skills and incorporate some of what they’ve learned at the live tables or when playing online in other venues for real money. 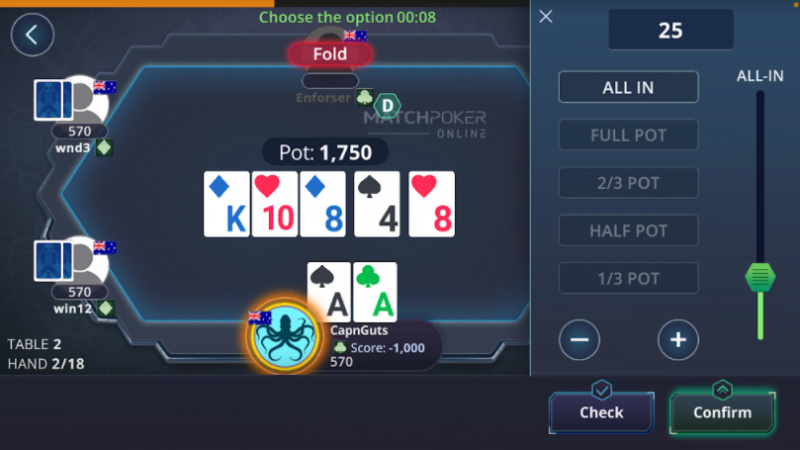 What’s Ahead for Match Poker Online?

The goal for developers is to eventually offer training applications as well as other add-ons to monetize the app. The app has been in development for years and developers hope to offer players some key insight they can’t get elsewhere – as well as some big poker fun. Even more is in the works for Match Poker Online in the coming months including:

Another feature coming soon allows players can even compare their own skills against friends in a fantasy sports-style competition. Like in a DraftKings or FanDuel tournament, players can form their own mini-leagues and scoreboard each other.

This last concept sounds pretty interesting as players replay some of the most memorable moments in poker themselves. Will you be Chris Moneymaker or Sammy Farha? That remains to be seen. The company promises even more features and game types as the player base grows.

“Match Poker shows you how better players played exactly the same cards, offering a unique learning experience,” Colman says. “Plus, the app collects stats on your play and uses them to tell you if you are playing too aggressively, too passively, too loose, or too tight.”

That’s information all poker players could use. Give it a download and see how your own skills measure up. Good luck!

Match Poker Online is available on the App Store for iPhone users and at the Google Play Store for Android users. The app should be available for tablet users in the coming weeks.