While 8-Game and Dealer’s Choice are the “sexy” mixed games you’ll find in many live and online poker tournaments, H.O.R.S.E. is still the game many cut their teeth on when learning mixed games. Just as a horse is set to line-up as a runner in the Grand National, poker players line up for an endurance race in poker.

H.O.R.S.E. is a rotation game consisting of Hold’em, Omaha Hi-Lo, Razz, Seven Card Stud, and Stud 8 or Better. The game rose in popularity after it became the first game used to determine what’s now the $50,000 Poker Player’s Championship. Nowadays, you’ll find the game offered at many online casinos.

The five variants of H.O.R.S.E. are all still part of 8-Game and other forms of mixed tournaments. Today, we will cover four critical skills that all H.O.R.S.E. players need to have if they hope to be successful at the game. 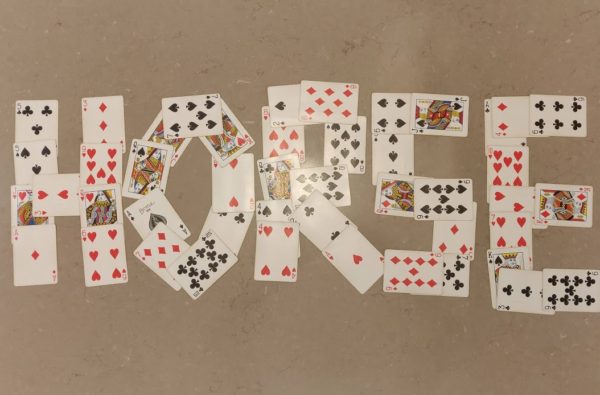 Memory – It’s Not Just a Song From CATS

Three of the games in H.O.R.S.E. are Stud variants, which means a lot of cards are going to be exposed during a hand. As such, memorization is essential for playing successful Stud. Up to six cards may be folded once a hand progresses to Fourth Street, and these outs may become important later in the hand.

For example, on Third Street you see two kings fold, and you have a king in the hole. If your opponent is showing Q-A-10 on Fifth Street, you know they are drawing thin to Broadway. You’ll be more likely to call them down with two pair or a weaker straight on later streets than you would if you don’t remember that three kings are dead to their hand.

Another common example is when you see three players with a king on Third Street, and a player out of position completes. While it is possible they are an aggressive player trying to push the other kings out; it is also possible they are raising with a pair of kings or another buried pair. They’ve effectively telegraphed their hand, and anyone calling the bet knows that they cannot improve their pair of kings.

If you have a problem with memorizing cards, work on improving that skill immediately. It is one of the most crucial basic skills needed in Stud and one you will use 60% of the time you’re playing H.O.R.S.E.

Patience is a Virtue

Some NL Hold’em players love to adopt a looser style of play where they play more hands than the average opponent. This works great for NL but is a strategy that will drain your stack in many H.O.R.S.E. games. The five H.O.R.S.E. variants are played in a Limit format. You cannot get your entire stack in and recover from an hour’s worth of bad play in a single hand.

You’re going to need to exercise more patience in Limit games, meaning that you’re looking to come in with strong holdings.  When appropriate, you will adjust depending on your position and game dynamics, but you are going to play fewer speculative hands in H.O.R.S.E. than you will in NL Hold’em.

It is my personal belief that if you can play Seven Card Stud efficiently, then you have the patience to play any form of poker. Stud requires much more patience than other forms of poker. Combine that with the speed of the game, and waiting for better hands in Limit Hold’em or Omaha Hi-Lo won’t seem like such a chore.

You Need to Represent

When playing H.O.R.S.E., strong board play is important in Stud games. Each hand, your opponents will be able to see up to 57% of your hand. On each street, they are going to be looking to place you on hands. As the hand develops, the ability to represent a strong hand is important to pushing players off pots.

Razz is perhaps the best example of where strong board play will win you more bets. For a player with a 7 completes and you call with an 8. They then catch a king and you a 7. On Fifth Street, you catch a 2, and they catch a 10. Their best hand presently is a king with 10 redraw. On your end, your best hand is an 8 with a redraw to a seven. At least that is if you’re looking at the board.

It doesn’t matter that you called with 7 and 2 in the hole and now have two pair. A bet on Fifth Street is going to indicate that you’ve got the 8, or at least have a draw to it. Your opponent still has to catch to improve – to a 10. Your bet is likely going to win.

Strong board play on Fourth and Fifth Streets in Stud games is going to help you take down more pots before showdown. Always look for logical spots to represent when playing hands in Stud games.

To Play or Not to Play – That is the Question

An important element of all games in H.O.R.S.E. is hand evaluation. Beginning with your starting hand and moving through every street, you have to always consider whether your hand is worth playing. With this being Limit poker, making the right choice when to play or abandon a hand is more about saving bets when you’re behind than it is about maximizing your winnings.

Stud 8 or Better and Omaha Hi-Lo are the two games where hand evaluation is going to save you the most money. For example, let’s say you have 2c-3h-Qh-Kc on the button in Omaha Hi-Lo. Three players are in the pot, and the flop falls 4c-8c-Kh. You have a weak low draw and a second nut flush draw. How do you continue if there is a bet and raise ahead of you? Unless you like chasing down with the worst of it, this is a spot where you ought to be folding.

In Stud 8, let’s assume you start with a three-card 8 against a King and a deuce. By Fifth Street, you have four cards to your eight, while the 2 has improved to what looks like a 7 low. In this case, you are playing yourself into a likely chop scenario. You have to improve on both remaining streets to win high and are still drawing to a low that’s second best. It’s time to get out the hand and save yourself two big bets.