Daniel Negreanu and Jason Somerville Talk About the Poker Economy

The biggest event currently going on in poker right now is the PokerStars Caribbean Adventure. The world’s largest poker site has truly turned that tournament event series into a poker festival over the 10 years it’s been in existence. This year, one of the things they’ve done to spice things up is run a 30-minute-long question-answer session about the current state of the poker economy. Two Team PokerStars Pros, Daniel Negreanu and Jason Somerville, were invited to sit on the panel and share their knowledge with those in attendance. 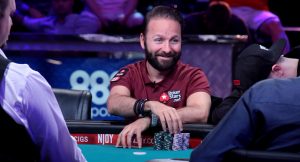 PokerStars was kind enough to film the session’s proceedings so that the rest of us who weren’t able to make it out to the Bahamas for the PCA could still have the privilege of listening to two poker greats and gain insight from them about the inner workings of the poker economy. In the highly informative session, they discuss staking (backing), how professional poker players are able to afford to play in super high buy-in events, how they pick whom to stake, verbal contracts, and other fascinating topics.

With that said, unfortunately, a video of the proceedings during the session is no longer available (it HAD been, but it seems like it was subsequently taken offline). I guess that means it pays to attend big-time poker events like the PCA in person. For those of you who have never done so, I highly recommend taking a poker vacation and seeing all the great poker action (and taking part in informative Q&A sessions with your favorite pros) in person.

In any event, it’s great to see such candor about the state of the poker economy from a couple of the game’s highest profile professional players. Here’s hoping more poker pros will learn from and follow in the footsteps of Jason Somerville and Daniel Negreanu.