Change is a-Coming to the World Series of Poker

Maybe the Poker Gods had seen enough, and they sent the second earthquake of the week to Las Vegas as penance for sticking Phil Ivey at an auxiliary table in the shuttered bowling alley?

An argument could be made that the bowling alley was a perfectly suitable place to put a poker player for a plebian event like The Big 50, where 28,371 humans dished out $500 to play in the largest poker tournament in the history of poker. But you would never expect tournament directors to allow anyone paying $10,000, let alone the great Phil Ivey, to spend Day 1 in the most prestigious poker competition of the year wedged between an unplugged refrigerator and a rack of 13-pound house bowling balls. That, apparently, was the last straw. The unseen forces of the Poker Universe were unhappy after a long month of shenanigans and they were no longer going to stay quiet about it.

After weeks of 30-minute bathroom lines, parking lot robberies, and tournament tables that required a blueprint from the Rio Maintenance Department to find, it was hard not to interpret the juddering lights above the Amazon Room as a preliminary death rattle for what has been the home of the World Series of Poker for 15 great years.

This area of poker tables used to be a bowling alley…

This isn’t the first time the World Series of Poker has grown too big for its britches. In the short year that followed Chris Moneymaker’s win in 2003, players saw the WSOP at Binion’s Horseshoe evolve from a well-attended family reunion atmosphere to an enormous fire hazard. The only thing that matched the volatility of the tournament’s growth was the drama within the Binion family as the Horseshoe finally fell out of their control. The full details of this nugget of poker history can be found in the two excellent articles by noted poker historian and authority Nolan Dalla here and here.

Not much remains of Binion’s to remind you of its time as host to the World Series of Poker. The “Horseshoe” is gone and the casino is now known as Binion’s Gambling Hall, a generic version of the old Binion’s brand that was probably devised as a cost effective way to avoid replacing all of the signs. 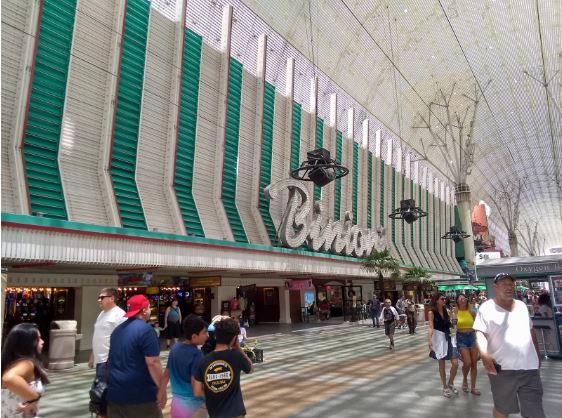 The casino is in a constant state of revision, and currently the North entrance is torn up to make way for a second story bar and restaurant while most of the first floor is unrecognizable to anyone who has not visited since the last WSOP in 2004.

The few remaining artifacts of the Series that remain at Binion’s are the portraits of the Main Event winners. No fanfare is made of the famous Wall of Champions, and you’ll have to look around to find it along the brick dividing wall at the sportsbook near the rear of the casino. 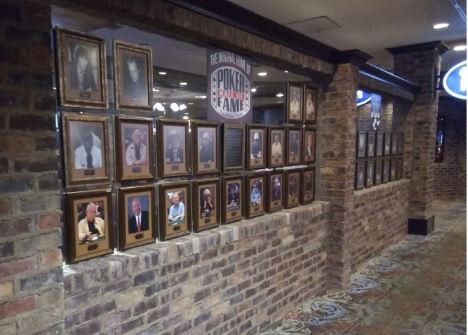 The lack of a brick-and-mortar Poker Hall of Fame to preserve the game’s history and mark the passage of time is one of poker culture’s unfortunate, glaring omissions. Granted, many of the game’s most important people have been voted in to a Hall of Fame by a yearly election from a pool of players and writers, but without a physical presence it amounts to little more than a Poker Website of Fame.

It’s difficult for the average fan to generate much excitement in the Hall’s current format as what has been called “a Mutual Admiration Society.” A true Hall of Fame has a mission of historical preservation, and it is a museum first and foremost.

The museum culture in Las Vegas is still in its infancy, and slow to grow compared to the other more mesmerizing activities in the region. The Neon Museum is an example of what a Las Vegas museum can offer as an attraction, but signs and lights are only part of the story, and many of the best collections of Vegas artifacts are still in the hands of private collectors and stores like Spinetti’s Gaming Supplies, which contains an exhaustive collection of gambling memorabilia as well as functional gaming tables for most casino games. 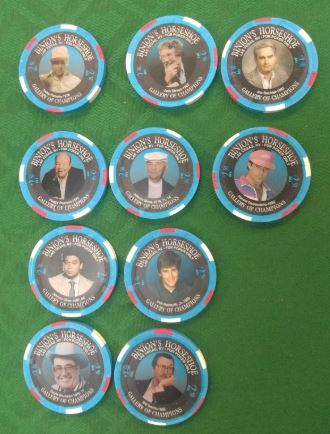 Today, Spinetti’s has grown to be considered an authority among casino collectors. They operate a table in the hallway of the Rio Convention Center during the World Series of Poker on behalf of Copag Cards, and there is hope for an opportunity to introduce some of the collection to WSOP visitors in the future. 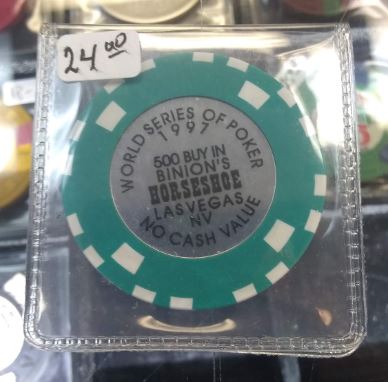 For 15 years, the World Series of Poker has made its home at the Rio, but with an aging infrastructure and an awkward location, it remains a constant target of sale and demolition rumors. The recent merger of Reno’s El Dorado Resorts and Caesars Entertainment puts the Rio at the top of the list for a sale, and with its extended pause on renovations, it will take hundreds of millions of dollars just to make the casino complex competitive in today’s market.

Regardless of the property’s owner, it’s difficult to envision a future where the Rio Convention Center’s 160,000 square feet can keep pace with the WSOP’s growth expectations. The 2019 event might have yielded record-breaking fields, but the player experience has unfortunately often suffered as people had a difficult time navigating the crowded hallways during large events.

That said, the future is bright for the WSOP, and the greatest poker tournament in the world no longer has to worry about the occasional existential crisis. Interest in tournament poker is as high as it has been in some time, live poker is booming, and there are more catalysts for growth waiting as online poker is slowly legalized around the country.

The Triumphs of Caesar

The Powers That Be are not making a big deal out of it yet, but the Caesars Forum awaits, and the best guess for the first World Series of Poker on the Las Vegas Strip is 2021.

Caesars Forum is under construction behind the Linq and is expected to open in 2020.

The newest jewel in the Caesars empire will offer four ballrooms, two of which will be the largest in the world at 110,000 square feet apiece, the size of two current Pavilion Rooms and some change. The other two ballrooms will be 40,000 square feet, slightly larger than the Amazon Room. A total of 300,000 square feet of flexible meeting space will nearly double what the Rio offers, and the hallways will be able to accommodate very large fields. The inevitable move is a no-brainer for the World Series and for Caesars. The WSOP needs the space, and the timing of the annual event fits perfectly in the historically slow summer convention season. 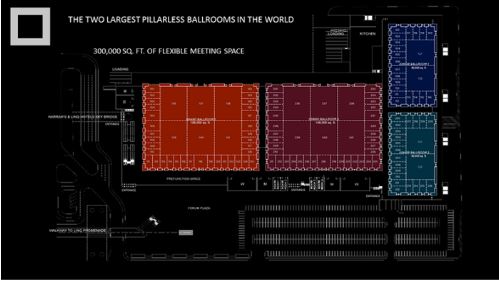 There will be players and fans who are sentimental about the Rio, just as there were many who did not want to see the tournament’s time at Binion’s end, but sentimentality is dangerous in Las Vegas, a town that embraces change for the sake of change. Today you may be getting married in front of a beautiful mural that you thought you could visit for the rest of your life, but tomorrow it might be a Modelo ad. “So it goes.”

An authentic Poker Hall of Fame experience would help bridge the historical eras of the World Series and preserve the documents and memorabilia that tell the stories of its most interesting players. The museum could be as simple as a pop-up attraction for the length of the WSOP every summer to entertain thousands of visitors during their time away from the tables, or it could find a permanent home to draw players and fans throughout the year. Regardless of where the World Series of Poker is going, it’s important that its stakeholders do justice to the event’s history by investing more than lip service into the game’s historical legacy.