Boom or Bust: How to Fix Poker’s Broken Image

I’m sick and tired of the game of poker getting its ass handed to it by the mainstream media. 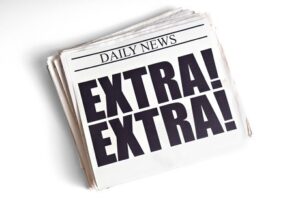 If I were to conduct an informal poll on the streets of America asking people the last few poker stories they remember being reported in mainstream media outlets, my money would be on them mentioning one or all of the following (with titles written as they’d recall seeing them):

Give it another couple days and you could probably add to the list the latest installment of mainstream media “appreciation” for the game of poker, namely the Newsweek piece whose title insinuates that the U.S. government has failed to protect children from the ostensible dangers of online poker.

The common thread among all those stories is a hyped up sensationalism, overwhelmingly of the negative variety and highly unrepresentative of the game we know and love. What people are bearing witness to, over and over again, is a broken image of poker. I don’t mean to be a Pessimistic Percy, but WTF?!

Poker needs more coverage, but it ought to be positive

We poker fans are obviously more attuned to the game and know in our minds and our hearts that there’s a LOT more to poker than what gets reported in the pages – real and virtual – of mainstream media outlets. There’s a huge poker media industry out there comprised of dedicated poker magazines, poker websites, poker blogs, poker podcasts, poker forums, and much more. Dozens upon dozens of über-talented people in poker media love the game to pieces and work hard to bring fans the poker news, views, and gossip they crave. 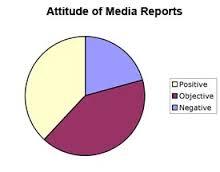 Yet, true poker proponents know all too well that for our game to grow it needs even more widespread coverage. Indeed, the holy grail of poker media work seems to be when one’s story manages to break through the invisible barrier, allowing it to cross into the mainstream news sites, periodicals, and papers – it’s THAT rare!

Nonetheless, despite the old saying that there’s no such thing as bad publicity, it’s undeniable that most of the few stories that have attained extensive media notoriety have not been beneficial to the game’s reputation. Sadly, because of the nature of the stories that do reach the mainstream media channels, most non-fans of the game who happen upon it via chance encounter are likely unaware of all the truly good, interesting, positive stories in poker.

So whose fault is it?

There’s certainly the temptation to place the blame for current state of affairs on those mainstream media outlets themselves, as well as their staffs of reporters. At the same time, it’s undeniable that there exists a certain amount of unscrupulousness within the poker world. 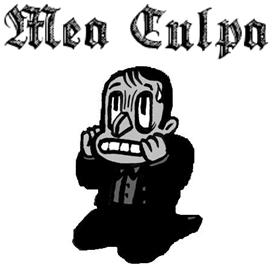 Thus, the first order of business is that we all ought to clean up our acts. If we want the game of poker to grow, make inroads into the mainstream, and get positive media coverage, we need to exhibit behavior that’s beyond reproach. Let’s ensure we’re doing our best to be respectable poker players, both on and off the felt. While we can’t all necessarily be great ambassadors for the game, it’s within everyone’s capability to be upright citizens unengaged in scandalous activities.

This code of conduct applies that much more acutely when poker or the poker community gets attacked. I’m referring specifically to the war waging over online poker. We’ve got to step up our game! We’ve all got to stop being jerks, retorting in an unbecoming fashion with personal attacks on those with viewpoints different to ours. If we want “the other side” to listen to what we have to say, we’ve got to treat them with respect, do our best to educate them, and attempt to use our persuasive powers to have them take a step back and reevaluate their positions.

In short, let’s first do our best to be deserving of positive mainstream media coverage.

Poker’s finest must be allowed access to greater platforms

Part and parcel of being able to demonstrate that poker is deserving of positive mainstream media coverage is by allowing our game’s finest scribes and ambassadors to have the public’s attention. The Wall Street Journals, CNNs, and TIMEs of the world need to realize that if they’re going to be reporting on poker, they’ve got to let poker experts, familiar with every in and out of the game, have the floor.

Undoubtedly, this goes way beyond the poker world’s achievement of having Phil Hellmuth appear in a Carl’s Jr. ad.

We need to do more to find ways for poker’s finest scribes – people like Brad Willis, WSOP Media Director Nolan Dalla, and James McManus – to pen their missives to the masses right from the proverbial popular pulpits. This would go a long way towards ensuring that poker would not be misrepresented or cast in an unfavorable light. Let them relate poker’s magical, wonderful stories and phenomenal charitable initiatives to the general public and captivate them, making them yearn for more. 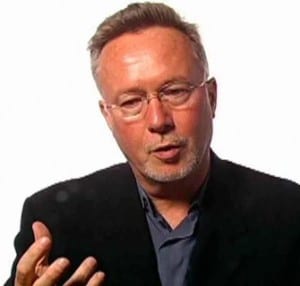 On the player front, nobody is more qualified to speak, act, and represent the game than people like Mike Sexton, Daniel Negreanu and Matt Glantz, widely and correctly praised as our game’s top ambassadors. Can you imagine the legitimacy lent to the game of poker and the resultant spike in mainstream poker interest in should players like those be featured once in a while on top talk shows and TV news magazines?

Notably, there’s also a creative forward-thinking supernova of a person out there – Alexandre Dreyfus – who is leading the charge in the right direction on poker’s behalf. He “gets it” and his efforts ought to be wholeheartedly supported by the poker community.

Though one shouldn’t assume, dare I say that the aforementioned people would happily give of their time and talents for the sake of advancing the game of poker and giving it a good name in the public sphere.

Instead of almost always seeing the game of poker take a bad rap outside of dedicated poker media outlets, wouldn’t you rather see brighter, more optimistic, and encouraging depictions of the game?

Let’s all look inwards and reflect upon how we can improve ourselves. Then, let’s do our part to support poker’s finest and let them advocate for the game on our behalves.

Should we be successful at fixing poker’s broken image, positive mainstream coverage and the next poker boom could be right around the corner.

“The common thread among all those stories is a hyped up sensationalism, overwhelmingly of the negative variety and highly unrepresentative of X. What people are bearing witness to, over and over again, is a broken image of X.”

You could substitute ‘X’ for just about any topic and those sentences would hold. It’s not a poker problem, it’s a media problem.

You’ve definitely got a point Shlomo. Astute observation – as always. Well, I know and write about poker, so I guess that’s how I’ll choose to fill in the Xs this time 🙂 Hopefully the article will make a difference.