Battle of the Minds: Poker vs. Blackjack

It’s a debate that commonly arises in the world of gaming: which is the “better”, more psychologically demanding game, poker or blackjack? Before we start to look at the evidence let’s examine the origins of both.

Some claim that poker dates back to 10th century China, where a very similar game using tiles instead of cards was prevalent. However it’s more likely that the game originated in France in the 17th century with a game called “poque”, which was played with three cards and involved bluffing. It was then brought to America by French settlers in Louisiana and spread along the Mississippi. As the game became more widespread in the 19th century, the five-card poker variant using a 52-card deck was introduced and it first became recognizable as the game we play today. As poker gained in popularity, more and more variations were developed, but it wasn’t until the 1970s that the most prevalent variant, Texas Hold’em, really took off. 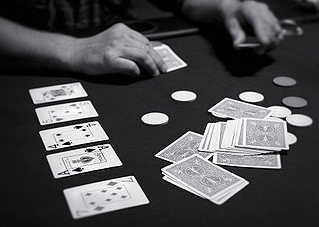 Interestingly, blackjack also has its origins in 17th century France, when it was known as “vingt et un”, or “21”. This was the name it still had when it first arrived in the Silver State of Nevada, but casino owners – wanting to add an extra element to the game – added a rule that if a player held any hand consisting of the ace of spades and either of the two black jacks there would be a 10:1 payout on the bet. Thus, the name “blackjack” was born.

Comparing and Contrasting Poker and Blackjack

This, on the surface at least, means that poker is the more psychologically demanding of the two as it not only hinges on mathematical calculations and card playing skills but also on a keen understanding of human behavior as well as having the ability to control your own and possibly to devise false tells to throw opponents off track.

Blackjack is very much exclusively a mathematics-based game. With each new hand and card you’re dealt, you are constantly weighing the wisdom of standing, hitting, doubling down, splitting, or surrendering based on the dealer’s cards and what they’re likely to get when they play their hand according to the game’s rules. Knowing the game’s basic strategy is essential but it also takes considerable mental toughness to carry on with one’s convictions throughout a lengthy session in order to try and make a decent amount of money. 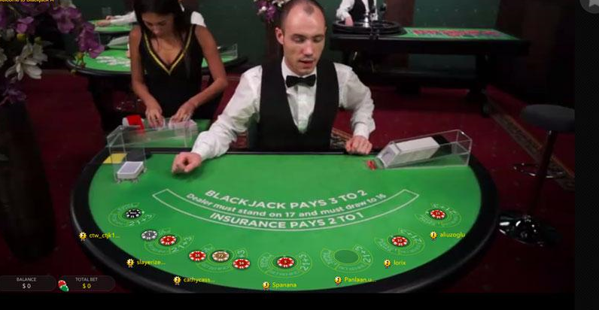 As mentioned, there are many variants of poker. One variant, for example, which combines some of the psychology of poker while at the same time being played against the dealer, à la blackjack, is called “pai gow”. So if you’re undecided as to which game you’re more psychologically suited for, pai gow provides a great alternative.

Another interesting element to consider when deciding which game you’d like to try and focus on playing is the sums of money involved. As they say, risk breeds reward, so the potentially life-changing winnings in poker means that it’s a game that probably favors the bolder, more aggressive players while blackjack might appeal more to players who prefer a methodological, slow and steady accumulation of potential winnings.

Hopefully this brief piece has given a good overview of both games from a psychological perspective. As to whether poker or blackjack is the right game for you… you’ll just have to decide that for yourself.