After 17 Years, The WPT Proudly Presents the Greatest Show in Poker

A couple weeks ago, I had the privilege of attending a special World Poker Tour media gathering. CEO Adam Pliska was our guide, giving us a behind-the-scenes tour of the HyperX Esports Arena, the 30,000-square-foot production facility where the WPT’s Season XVII Final Tables were staged. This wasn’t my first visit to the venue, which debuted with great fanfare last summer. I noticed something tangibly different though. Unlike last year, when the arena had the feel of a shiny new bauble, it was very clear this time around that the WPT now feels right at home in its new venue. It’s almost as though they’ve entered the Promised Land for which they’ve always been destined.

Having finally moved into a new apartment of my own last year after renting for the first 15+ years of my marriage, I understand the feeling quite well. When you first get the keys, the excitement is palpable. Once the newness wears off, however, it’s no longer just a new place to reside; it becomes your home. Once you have a home, your inherent hospitality has the chance to properly shine forth; you can entertain guests and visitors as you were always meant to.

And entertainment is precisely what the WPT does best.

After more than a decade and a half of traversing the world and earning its well-deserved reputation as a can’t-miss attraction, the World Poker Tour’s permanent home allows them to invite poker fans in from across the globe to witness the world’s greatest poker show. 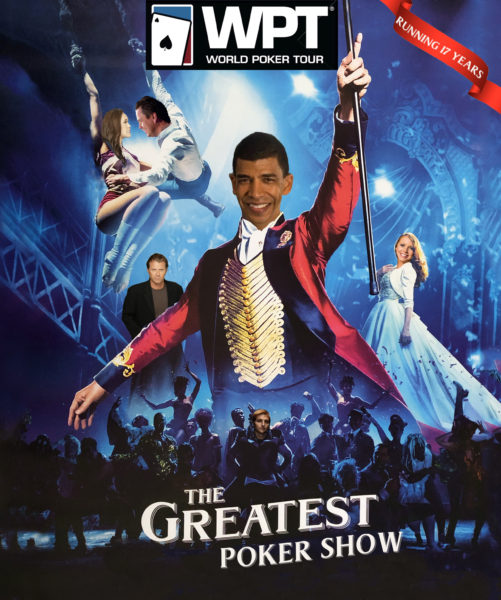 Having a multimillion-dollar, state-of-the-art stage upon which to film a poker broadcast is one thing. Integrating a live audience into the production is quite another. In a marked upgrade to last year’s tapings, the WPT made extra efforts to encourage in-person attendance to root on the players vying for poker glory at the final tables. With the capacity to host hundreds of people, the HyperX Esports arena is uniquely suited to create a rocking atmosphere of poker fans. It’s an arena, after all, so the WPT did much to harness its potential to enhance the fan experience.

Much like when one attends an NBA or NHL game, the fans in attendance need to be kept busy throughout. Sure, the on-court or on-ice action is the main draw, but what about during timeouts or breaks between periods? That’s what originally brought about the idea of a halftime show, T-shirt cannons, and cheerleading squads, after all.

So, too, the WPT has realized it’s got an arena full of fans to keep entertained, and it invested appropriately in bringing out the goods.

During a scheduled break in the poker action, Justin Flom mesmerized the crowd with astounding feats of magic, legerdemain, and scintillating card tricks. Next up during a break, Latina headliner Lorena Peril belted out showstopping tunes to the delight of onlookers throughout the premises. The show never stopped.

Great fan-focused experience overall, including a magician entertainment the crowd during breaks! pic.twitter.com/CeVMqWN4Cl

Following Through on Their Promises

Back in January, I had the opportunity to interview Adam Pliska. We spoke for over an hour about a wide range of topics, including World Poker Tour financials. As he explained to me then, no longer having to move so much gear around the world to produce their shows and now having a permanent Las Vegas studio enables the WPT to save loads of money. Importantly, and as per his pledge, the WPT has utilized those cost savings and reinvested the money to upgrade the company’s product and better serve the players and the fans.

Las Vegas being the “Entertainment Capital of the World,” acts like those described above just made sense to have going as part of the overall production. Many of the fans in attendance were seasoned poker veterans themselves, for instance a number of members of the Women’s Poker Association (WPA) who came to root on Maria Ho as she blazed towards a third-place finish in the WPT Seminole Hard Rock Poker Showdown Main Event. Despite their having “been there and done that” as longtime poker fans with plenty of familiarity with the WPT product, I couldn’t help but notice the glee and wonderment that captured the imaginations of all those ladies in attendance as they sat riveted by the show being put on.

There was plenty else for fans to do, as well, including indulging in fine Escobar Cigars, taking pictures with the WPT talent roster in a photo booth, aiming Faded Spade Playing Cards into a replica WPT Champions Cup to earn prizes, winning an on-display BBO Poker Table by correctly guessing the number of chips spread atop the felt, and availing themselves of two well-stocked bars to help stay properly fueled for the poker action.

And as I’ve written before, as much effort as the WPT puts into entertaining the fans, they also know how to treat their champions. Getting sponsors on board to support their work, the WPT continues to do a fantastic job of integrating the sponsors into the product itself, offering goodie-laden gift bags to all participants in the annual Tournament of Champions. 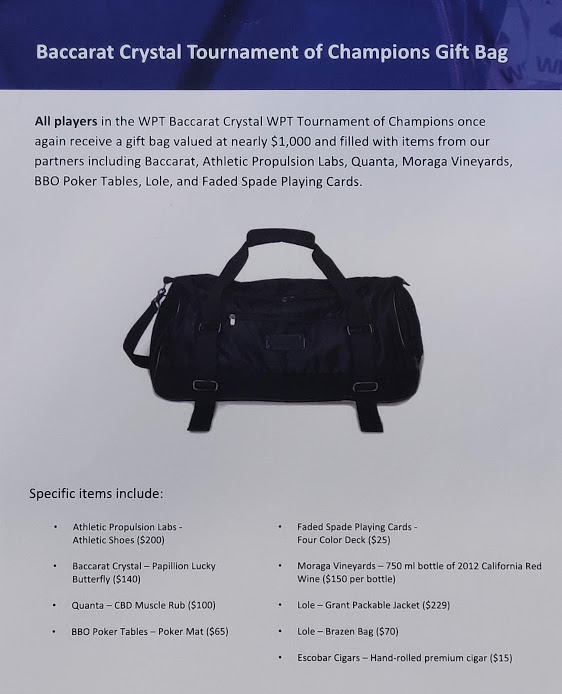 Players who make televised final tables get the full-on star athlete treatment, passing through a hype tunnel before making their way to the final table. It adds the element of ceremony, making players feel like they’ve achieved something.

Most telling, to me at least, was Adam Pliska’s revealing statement during a Q&A session that followed our arena tour: “We do what we can to cater to our champions. We want to make it important and special to be a WPT champion…. We will always lose money on the TOC; we are committed to giving back!”

Scrolling through some pictures I took while on tour of the @WPT @HyperXESALV a couple weeks ago.

A damn fine, first-rate facility designed to put on a phenomenal show. pic.twitter.com/UkPYR1YVXY

I could go on and on waxing poetic about how the World Poker Tour is doing such a phenomenal job entertaining poker fans and catering to poker players, but words de facto only capture it all to a limited extent. It’s something you just have to see and experience in person.

After 17 years on the air, the folks at the World Poker Tour are saying that “the best is yet to come.” If that’s the case, then we’re all in for one hell of a treat because they’re already putting on the Greatest Show in Poker.

That’s a wrap on Season XVII of the World Poker Tour. Thank you to everyone who made this season the best one yet! We’ll see you again soon. #TheCupAwaits pic.twitter.com/ArK426T98P