The game of poker is constantly changing and evolving. Not too long ago, knowing some basic strategy and having the willingness to learn was more than enough to beat both live and online games for decent profit. These days, however, to be a winner at any reasonable stakes, much more is required. An increasing number of poker players have solid skills and many of them work constantly to improve their theoretical knowledge of the game.

So, how does the one stay ahead of the curve in such an environment? According to Elliot Roe and his new A-Game Master Class, which can be found on the Run It Once poker training site, there is more to beating the game than just knowing a lot about math and ranges. This Master Class puts an emphasis on what’s often dubbed the “mental game” and focuses on how one should set their goal and work towards achieving them through practice that isn’t necessarily poker-specific: setting goals, being in the right mind-frame, eating and sleeping properly, and much more.

Recognizing Weaknesses & Setting Yourself up for Success

The entire A-Game Master Class is divided into six large modules, each of them containing a number of video lessons focusing on the particular aspects of the module. Roe begins by first explaining what it is that prevents people from achieving success in poker (notably, his thoughts and ideas could be applied to many other areas as well).

The course goes on to try and identify some of the most common obstacles that prevent people from achieving their goals, such as lack of vision, lack of skills, lack of energy, and detrimental mental programming. While the first three are fairly self-explanatory, the last one is quite interesting as Roe proceeds to explain how there are certain presets in our brain that prevent us from moving forward even though they act as protection systems of sorts.

After identifying what the biggest inhibitors are, the course moves on to explain approaches and strategies to tackle these issues. Roe identifies and explains some core principles that can help with this, constantly emphasizing the importance of understanding how poker fits into your wider life journey.

Instead of focusing on just one aspect of the game (such as making money), he explains that striving for poker excellence only makes sense if achieving this goal would actually make you the best version of yourself and would correspond with the rest of your life values (family, friends, free time, etc.). Only when things are set up in this way does the journey make sense and are the chances of making it much better.

In the following three modules, the course deals with effective methods and strategies of countering negative things in your life and adopting habits that are required to become an A-Game player. In these lessons, Roe touches upon many concepts that have been talked about time and time again, but he approaches them with a fresh perspective.

For example, he explains the importance of understanding that the only thing we can control in poker is our input, i.e., our own decisions. The outcome of any particular hand, session, or a tournament should be regarded as irrelevant as long as we’re happy with the input, i.e., with the decisions we’ve made. 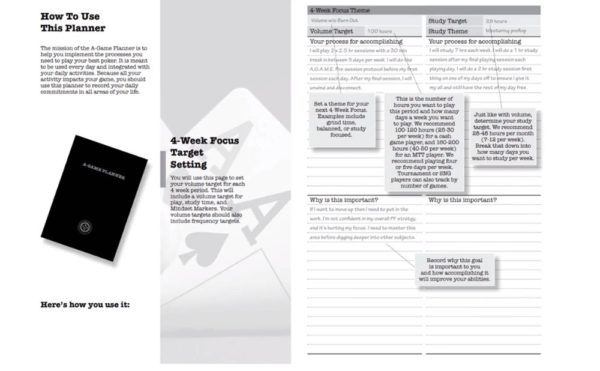 The course also explains the importance of energy for your overall success. Eating and sleeping right is much more important than many players realize, and even some of the best in the game often underperform because they play without enough energy. Roe goes into great detail about what to do to achieve higher levels of energy and gain an edge over your competition.

One of the biggest struggles many players have to deal with is maintaining their focus for long periods of time. Once the focus is gone, their performance starts to decrease, leading to less-than-optimal results.

Therefore, a significant part of the A-Game Master Class deals with focus and strategies that players can employ to ensure they stay focused for longer periods of time. Roe devised and explains his focus formula, which takes into account several important aspects that, when combined, are instrumental for staying focused while playing.

Of course, quite a few lessons in this Master Class also deal with emotions and the role they play in the life of any poker player. Emotions are natural to human beings and there is no way to avoid them. In fact, Roe suggests that even if we could, we shouldn’t turn off emotions, as it would likely adversely affect other areas of our lives.

What we can do, however, is assert control over those emotions and not allow them to influence our decision-making when playing. Once again, this is nothing new, but Roe helpfully takes you through the entire process behind keeping control over your emotions, from recognizing the trigger, experiencing the emotion, and deciding (not) to act on it. 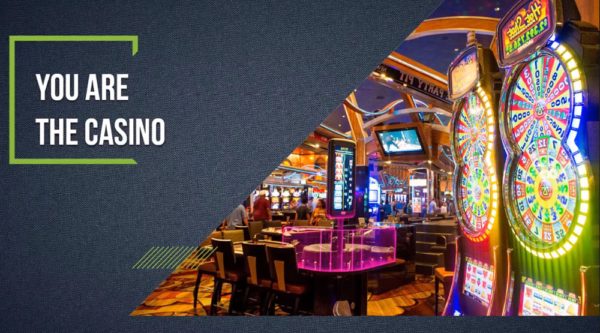 The final video in the A-Game Master Class deals with the issue of downswings, as it’s one of the biggest issues that almost all poker players face. Roe explains that it is important to be able to think outside of the box and to realize that downswings only exist within arbitrarily assigned time frames. In other words, one’s ability to change the time frame is likely to change one’s view of a downswing. A simple, but brilliant concept!

In addition to all the content in the main course, the A-Game Master Class also gives you access to an extensive MP3 library. These are files you can download to your portal device such as your phone and listen to them whenever you have time or feel the need.

These aren’t theoretical lessons but rather voice files designed to help you relax and focus in specific situations like:

These MP3s are a nice addition to the course and definitely add to its overall value and usefulness. Designed to target very specific situations that almost every poker player has to deal with, these files will help you remember things that you’ve learned in the main course and always bring your A game to the tables.

Like every poker course out there, at the end of the day you want to know if the cost is worth the money? Elliot Roe’s A-Game Master Class costs $999, so it’s not really a super-cheap one. With that said, getting top-quality information, training, and tools for success costs money. This course offers 100% pure quality, and is practically guaranteed to lead to improved results at the table if you’re willing to take it seriously and work through it as Elliot Roe intended.

Classic poker courses focus on strategy and, as such, only require players to think about concepts discussed in the lessons and try to implement them into their game. Even if you can’t wrap your head around all of the concepts, your game will likely get better if you’re able to successfully integrate certain segments of the strategy into your game.

This course is very different, though. It tries to explain how you should change your entire approach to poker (and even your life, to some extent) if you’re really set on making it. Making changes like these doesn’t happen overnight and requires a lot of effort and dedication. Throughout the course, Roe asks the viewers to pause the videos to perform certain exercises, make lists, etc.

In short, the course will only work for you if you want it to work.

As such, the $999 price tag is justified in this writer’s opinion. Elliot Roe knows what he’s talking about, as he’s worked with some of the game’s best and has helped them achieve some really impressive results. You just need to be aware that this course isn’t some sort of a magic pill that can instantly turn you into the next great poker success story. If you’re willing to put in the work and have an open mind to accept the advice and follow the guidelines, A-Game Master Class can help you get where you want to go as a poker player.