7 Reasons Why, Sadly, the Inaugural ISPT Will Still Fall Flat

I’ll start out this post by saying that I hope I live to eat my words. First and foremost as a poker fan, and of course as well as an emerging member of the poker media, I want what’s best for poker. The more players, the more events, and the more mainstream exposure, the better it is for the game we all love. Sadly though, not everything in poker is destined to be a successful venture. Despite the many positives it has going in its favor, and the renewed support of the poker media and a respectable number of professional poker players, I believe that the inaugural ISPT (International Stadiums Poker Tour) event will unfortunately fail to live up to it’s hyped up billing.

What does a stadium sound like when it’s half-full of players and no fans?

Admittedly, I was never a believer that the ISPT could actually happen, so I’ve never written about it on my poker blog. Respected poker news sites pokerstrategy.com, pokerfuse.com and pokernews.com have, however, given it a good amount of coverage since the concept first debuted in the fall of 2011, so here’s a condensed timeline of the main events in ISPT history for those of you unfamiliar:

In a nutshell, according to the original plan and the way the event was initially visualized, this is how the ISPT is meant to look when it kicks off this Friday in Wembley Stadium:

All that conceptualizing, video editing, media coverage, and hype is fine and dandy, until one considers that there’s an actual reality to face. And, at least in this poker writer’s opinion, reality does not bode well for the ISPT.

With sincere, heartfelt apologies to Rob Yong and all the Dusk Till Dawn people who are surely working their tails off to try and squeeze lemonade out of the lemons they were dealt by the event’s original planners, here, then, are the 7 main reasons why I think the inaugural ISPT will unfortunately fall flat:

You’ve got a David vs. Goliath situation when an upstart inaugural ISPT is scheduled to take place (of all times!) at the start of the World Series of Poker. True, in the Bible, David ended up winning, but c’mon! So, there go most of your recreational players.

There’s actually a THIRD big poker series running simultaneously, the Asia Millions, which dozens of high rolling poker pros will be attending. Being held from June 5–7 in Macau with a $130,000 buy-in, it makes sense that poker’s elite class is far more likely to head where the cash is flowing freely, as opposed to attempting to wade through the €3,000 buy-in ISPT main event towards the €1 million top prize. So, there go your high-stakes players.

Despite attempts to disassociate itself from, ahem, “questionable” partners, the ISPT still maintains official ties to the scandal-laced Partouche Poker Tour and Lock Poker. This is not how you build up confidence in a new poker venture.

Bad local weather in UK could entirely f*** up the open-air stadium play. Part of the ISPT’s perceived charm is the idea that it’s going to take place on the hallowed grounds of an open-air soccer (er, football?) stadium. Based on the current weather forecast, things aren’t exactly looking so sunny for the poker players who will be in attendance. Indeed, Wembley Stadium does have a retractable roof, but naturally that’s not the preferred option. 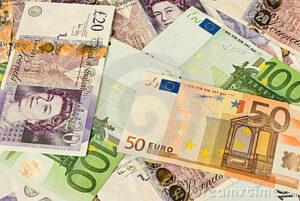 On the one hand, especially via the ISPT’s multilingual website, the event seems to primarily be targeting players from Europe. On the other hand, most of the official ISPT ambassadors hail from the UK and most, if not all, of the Dusk Till Dawn promotional and marketing work is being done in English and for UK residents. If I were a betting man, and I am :-), I’d say that the overwhelming majority of the players to attend will be British.

London is an expensive city and it’s not unreasonable to think that the corollary costs of attending the ISPT (e.g., hotel, flights, etc.) are prohibitive enough to keep many potential players from the European mainland at home.

All that said, it seems particularly strange, on so many levels, for a UK-based event to have euro-denominated buy-ins and prize pools.

Just as the British pound reigned supreme when the WSOP Europe was held in London, so too the ISPT should’ve ditched the euro concept and speak the “local language”, of GBP.

As currently conceived, the ISPT’s plan is to cover the soccer field (football pitch) with tables from end to end. Yes, that’s pretty cool. But what happens as poker players start to get eliminated? Things are bound to feel far more isolated and empty in a gigantic stadium versus, say, in the Rio’s Amazon room. To be sure, some side events are scheduled, but not enough to keep the area packed with players; which, again, is thought to be part of the ISPT’s main attraction.

As an aside, I wonder if players and organizers have given any thought to what someone will do upon being eliminated – there’s no cash games scheduled and no other forms of entertainment being advertised. At least at the WSOP you can take the “walk of shame” straight to the slots or the blackjack pit.

Ed. Note (May 29th, 2013): Maybe the organizers have read this article? They’ve just announced that cash games and sit n gos will be running throughout – good move!

If you listen closely, you can hear the crickets chirping…

7. Not Enough Live Fans to Attend


Poker is fun to watch. On TV. In person it’s akin to watching grass grow. Oddly enough, if the poker action gets a bit too boring, Wembley actually affords poker fans the opportunity to watch real grass grow :-).

All kidding aside, the idea of a large crowd of supporters cheering on their poker heroes is a relatively new one. We’ve all seen that concept work on TV at the WSOP Main Event, and haven’t seen the phenomenon happen anywhere else. The reason it works there is specifically because November Niners have months to gather together their supporters to form a cheering section. Moreover, the Rio’s Penn and Teller Theater is indoors, seats just over 1,400 people, and is completely retrofitted to stage the WSOP Main Event final table. That’s how the atmosphere ends up being and appearing so loud, thrilling, and exhilarating.

Wembley Stadium can hold 80,000+ people. Thus, even 5,000 rocking fans hooting and hollering will simply be dwarfed by the stadium’s enormity. Moreover, I’m sorry to say, even if the biggest names in attendance play poker manage to make the ISPT main event final table, they’re not going to attract even remotely close to 5,000 fans to watch the proceedings. Plus, I may be wrong here, but I don’t believe there are even any plans to have the table action broadcast onto the stadium’s large screens so potential railbirds would even be able tell what’s going on in the first place.

Not All Hope Is Lost – There’s Always Next Year

As mentioned at the get go, I sincerely hope that the inaugural ISPT is a resounding success and that I’m proven wrong on all accounts. Rob Yong and his staff at Dusk Till Dawn inherited a mess and are no doubt doing their best to save it. But there’s a reason the title of this op-ed piece says “inaugural”. It’s certain that the ISPT will not be a complete failure. However it fares, it still maintains the potential to teach the organizers a number of lessons that they can learn from and integrate into future events.

As a basic list of what to do to improve, they could:

Doing that, and in general setting their sights a bit lower, would already get organizers to a great starting point for the launch of a highly successful sequel.