The forthcoming World Series of Poker Online Series is sure to test the mettle of every player who takes on the bracelet events, whether they are professional or otherwise.

Winning a WSOP bracelet isn’t easy, but which of the many players who will take to the virtual felt on WSOP.com and GGPoker over the coming months has the best chance of picking up the most sought-after jewellery in the poker world? We’ve taken a look into our crystal ball and come out with seven names for you to follow and, if possible, buy a piece of or bet on.

You’ll notice that our picks hail from a variety of poker-frenzied nations, including the USA, Canada, Australia, Sweden, and the UK. You might be surprised at the absence of any German picks on our list. While we don’t think it’s likely that Germany will be shut out of bracelet wins altogether, or that top players are going to skip the WSOP online in favor of binge-playing the Book of Dead free game, no German player in particular comes to mind at this moment as on a heater. In any event, you’ll find our top picks below. 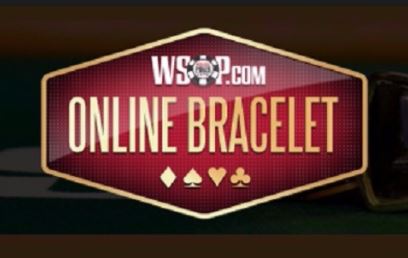 It’s difficult to think of another player who is in better form in online poker events than this impressive Canadian professional. Dvoress has won the GGPoker Super MILLION$ event recently for just under $400,000, as well as running extremely deep in both the WPT Online Series Main Event and the partypoker MILLIONS Main Event, too.

Deadly when leading the field, Dvoress puts maximum pressure on his opponents and always seems to bring his A-Game. That’s the perfect combination for playing larger entry WSOP events, so watch out for him in the high rollers. Last August, Dvoress won his first WSOP bracelet in the $1,500-entry Millionaire Maker in the 2020 World Series of Poker Online. We think he’ll make it two for two summers in the next few weeks.

There’s no-one who has won more consistently in the past few years than the Australian poker boss Michael Addamo. Crushing at the live felt before the pandemic, Addamo has adapted his impressive form to online in an unnoticeable segue.

Addamo regularly plays the high rollers, but we’d expect to see him firing across a range of bracelet events in a bid to win  what would be his third WSOP bracelet, after a double salvo saw him scoop two back in 2018.

Winning in Europe and the United States, Addamo is yet to win an online bracelet, but given his incredible success over the last two years, it feels like it’s only a matter of time.

The Swedish superstar is widely regarded as the best online poker player in the world and it feels like an anomaly that he is yet to win an online WSOP bracelet. That is certain to be corrected at some point, and we think it would be appropriate if it does so online.

While the World Series of Poker Online Series has been a major success and it could easily become a regular festival, if it doesn’t come back in 2022, then Astedt will want to claim his online crown as soon as possible. Expect the young prodigy to play virtually every event in the early weeks of the series.

When many poker fans think of Sam Greenwood, they think of the horrific bad beat he suffered in the WSOP Main Event of 2019, when his aces were cracked on the river when all-in on the turn against Timothy Su’s open-ended straight draw.

That’s an unfair hand to dominate such a successful player’s World Series prowess though. Greenwood has cashed 22 times in the World Series of Poker, including twice online, and having won over $820,000 from the world’s biggest poker brand, is certainly due his second bracelet, after winning a $1,000-entry event way back in 2015. Greenwood even finished 75th in last year’s GGPoker $5,000 WSOP Main Event.

One of the best players in the world live or online, Greenwood’s time for another trinket is surely here.

It could easily be forgotten how impressive Ludovic Geilich’s rise to poker prominence in the poker world has been given the odd last 18 months or so. Building an impressive live resume, the former partypoker Team Pro from the UK left the orange diamond site in the early part of this year, but we think that’s their loss.

A powerful player at the live felt, Geilich has been underestimated for years online, where he has some really strong results. Despite not having won a WSOP bracelet yet, Geilich has cashed 16 times in the World Series, most importantly with seven of those results coming online in last year’s WSOP Online Series.

One of those results was a 5th place in the $5,000-entry Six-Handed Championship, one of the toughest fields to compete with in any festival. Geilich can grab gold this summer.

After a long wait as i was 3,268,492nd in the queue(due to lack of staff) i have eventually received my Wcoop trophy from Pokerstars and it’s a belter 👌 pic.twitter.com/OhGfFA2BsW

Not one but two Swedish players in our seven tipped players? What is this, 2011? It’s simply impossible to ignore how consistent Simon Mattsson has been over the past few months. Having not cashed once in last year’s WSOP Online Series, this might seem an ‘out there’ kind of prediction, but anyone sleeping on Mattsson’s talent is missing a trick.

Stubborn as an overworked mule at the felt, Mattsson’s bet-sizing is near perfect, his recent form is incredible and he has more than a habit of going very deep in online events in the past few weeks. There are few players in the world who can hold a candle to him anyway, but in current form, we’re simply playing the odds.

14) Simon Mattsson is quite simply one of online poker’s GOATs.

“I wouldn’t say it has been a smooth ride to the top,” he says. “but I’ve been able to avoid going totally broke while playing MTTs!”

Wait, what? Yes, we’re calling it. Our only real outsider bet is the big man himself, the Poker Brat, a.k.a., Phil Hellmuth. Having defeated Daniel Negreanu in two heads-up High Stakes Duel performances, no-one is going to want to take on the 15-time WSOP bracelet winner once just two players are left. Hellmuth’s total of 15 bracelet is a clear record by five.

Hellmuth often plays under the pseudonym ‘Lumestackin’ and he could hardly be hungrier to add to his legacy this summer. With the forthcoming live World Series of Poker taking place between late September and late November this year, Hellmuth will be firing hard at bracelet #16. We think he has every chance of getting it before stepping outside his Las Vegas home.