GTO or Game Theory Optimal is a strategy in poker in which players use mathematical concepts to find the best possible outcome given the available information. If you ever hear someone talking about a solver, they are talking about GTO. GTO poker has become the prevailing strategy among professional poker players over the last decade and has been embraced in particular by the high roller community. 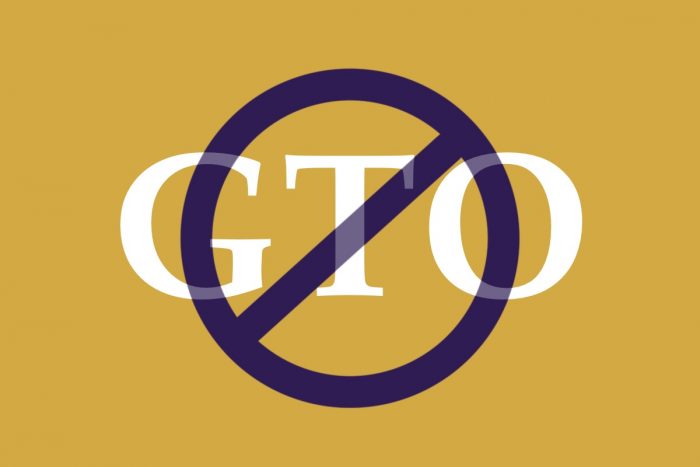 The concepts of GTO are a perfect match for poker. Most situations that use Game Theory involve at least two opposing parties. Each competitor’s actions affect the other, and there is imperfect information. Given the dynamics of poker, game theory is the ideal mathematical approach to identifying optimal decisions.

GTO strategy will put players on a range of hands which include both strong and weak holdings. For example, solvers love A5 suited as a preflop bluffing hand, so when a GTO poker player 4-bets preflop they can have AA and KK of course, but can also have A5 and some other preflop bluffs. This means they are balanced between strong and weak hands in most situations.

READ MORE: What the Hell is GTO?

When players play GTO poker they are attempting to be unexploitable. Many professionals have made their living by exploiting recreational players and not allowing themselves to be exploited. After all, many professionals will tell you the best way to make money in poker is to exploit weaknesses in other players, so of course, they will want an unexploitable strategy. GTO players become unexploitable by “randomizing” their decisions. They will not choose their action completely at random. GTO solutions will tell a player the percentage of times they should make a certain play.

For example, if a player goes all-in on the river and their opponent is a GTO player, they may be in a situation where they should call 75% of the time and fold 25% of the time with their specific hand. In this case, the player may look at a clock, if the second hand is between 12-9 they call and if 9-12 they will fold. If playing online, they may just use a random number generator to give them a number between 1 and 100 and make their decision based on that. By making your decision at random based on the GTO frequencies, you are theoretically unexploitable.

Consider the same scenario, except a recreational player is faced with the decision. Let’s say this player likes to call, so instead of calling 75% of the time, they are always calling. Their opponents can now use that to their advantage and value bet more often and for larger sizes knowing their opponent will call more.

Essentially, GTO poker is taking a mathematical approach to the game to help the player be unexploitable. It takes the emotion and gut feeling out of poker and rather relies on statistical analysis to determine the optimal decision. This isn’t mindlessly memorizing a chart. GTO players study many solutions and look for patterns since they can’t have a solver with them at the table. It is cheating to use a solver in real-time, and also impossible for a live poker player. It doesn’t take the skill out of the game, but it does require tons of practice rather than “raw talent”.

While GTO poker is a great way for professionals to use mathematics to make good decisions, the strategy isn’t for everyone. Most poker players are like me, purely recreational. I love poker. I watch poker more than I do movies and TV shows, I talk about poker more than any other subject, and about 80% of my free time that isn’t spent with my family is dedicated to something poker-related. Many other recreational players have a similar love for the game as a purely recreational activity. This player type may not benefit from studying GTO.

Studying poker Game Theory is a massive time commitment. Unless you have a top-of-the-line computer used for coding, the amount of time it takes for GTO simulations to run can be enormous. If you have a standard desktop computer, you can expect to wait hours for a simulation to run using a solver. That’s just the beginning. Once you have the completed simulations you still have to study them.

You learn GTO much like anything else, through repetitive practice and studying. The main benefit of using GTO solutions is to pick up on patterns the solver displays and find the underlying concepts such as balanced ranges, mixed strategies, card removal, and randomization. Finding these patterns and understanding them to a level that will impact your game can take a very long time.

If you are a purely recreational player like myself, you may not have an endless amount of time to devote to studying game theory. Especially if you have a full-time job and a family to take care of. Poker is a pastime for many, so if you don’t want a large portion of your poker time devoted to studying theory instead of playing, GTO likely isn’t for you.

2. You Could Lose your Gut

No, you will not lose belly fat by studying GTO. Trust me, if you could I’d be a human solver by now. What may end up happening is you lose your gut sense for the game. If you enjoy the game of poker as a hobby like me, you may love having a gut feeling that something is off. It could be making an insane call with A-high or laying down a monster hand just to find out your opponent has a better one. Either way, trusting your gut and being correct is a great feeling. When you play a GTO style you lose that. It becomes more about following the optimal frequencies and being balanced in every spot rather than trusting your gut and going with a read. That gut sense you get is an exploitative strategy that can be far more rewarding than GTO.

Playing a GTO strategy means you must be comfortable with some math. I’m likely an outlier since I love math. My brain was wired for it. It makes sense to me and is oddly comforting. However, I’m assuming most people don’t want to do math in their downtime. GTO isn’t rocket science, but you will need to be calculating frequencies and using more math than the average poker player. If you don’t want to be thinking about percentages and frequencies during your hobby it may be best to skip the GTO study.

4. Exploits can be More Profitable

On to some more practical reasons why you shouldn’t study GTO. You can often make more money playing an exploitative strategy. Exploiting a player’s weaknesses will allow you to win more than simply playing a balanced and theoretically sound strategy. Of course, going way off the reservation to exploit isn’t good, but doing small things here and there to exploit weaknesses will make you more money. If you are up against a nitty player and the GTO move is to call their river bet, you may find yourself making bad calls in an attempt to play GTO poker. If you get too involved with what the solver says, you may miss the glaring information in front of you. Pay attention, use your gut, and find those exploits

5. GTO is Best Used Against other GTO Players

Since solvers learned the GTO solution by playing other solvers, the theory is based on playing an opponent who is also making GTO decisions. If you walk into any local poker room or casino, odds are you aren’t finding too many perfect GTO players. Plenty of people study poker but usually not in-depth. If you are following GTO strategies against players who are not, you may be making money-losing decisions.

Studying GTO poker has helped many professionals become almost entirely unexploitable. This strategy is incredibly valuable when playing against top professionals. They got to be professionals by exploiting their opponents, so to be a top pro you cannot have any glaring leaks that can be exploited. Casual players don’t have the same opponents as these GTO professionals, so the optimal approach may not benefit the recreational poker player.

You can get a lot further in your local poker room by trusting your gut and finding exploits. Not only can it be more profitable to ignore poker Game Theory, but it can also be more fun! Not many people I know want to stare at a computer screen looking at decision frequencies during their lunch break, let alone their weekend. There is nothing wrong with keeping poker as a pastime. Just because you can make a living on the felt doesn’t mean you need to try to. There is absolutely nothing wrong with leaving GTO poker to the professionals and keeping poker as a recreational activity for yourself.