5 Fun Facts About How Poker and Gambling Changed the World

Gambling, casinos, and poker have had their part to play in various historical events, as well as being at the center of superstitions – from the origins of the humble sandwich to the building of the Great Wall of China, and a fair few things in between.

This post lists five fun facts that you may not believe at first, be we assure you; they’re true, and you’ll find them to be pretty interesting. That’s the beauty of casinos, poker, and their impact on society, eh? Have a read and see if you know any of them…

The ‘river’ is the term used to describe the fifth card in poker (when playing flop games). The nickname originated from when poker was played on riverboats in the United States, and people (ahem, cheaters) would hide a card up their sleeve in case they needed to switch a poor fifth card.

But why was it called the ‘river‘ card?

Well, if you were discovered cheating in this way, you’d be thrown off the back of the boat into the river. That’s a pretty bad punishment. 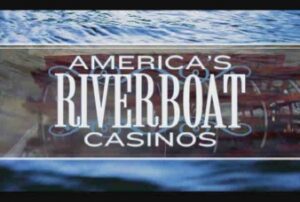 As well as being a famous British monarch, Henry VIII was also known as England’s #1 gambler – he bet on a selection of sporting events such as jousting and archery, and also played dice and card games with his friends.

Most notably, he went on a two year losing streak, accumulating a total loss of £3,250. An awful lot of money in those days. A “king’s ransom”, if you will 🙂 .

Once, he bet and lost the Jesus bells of the old St. Paul Church over a single toss of the dice. Sir Miles Partridge later won the bells, but Henry VIII convicted him of treason. He was hanged at Tower Hill… a pretty hefty price to pay.

3. The Great Wall of China

You’ve heard of the Great Wall of China, right? You know, the one landmark on Earth that’s visible from space. Well, feast your eyes on this fact:

Well, that’s not really too interesting. But what IS interesting is that the Great Wall of China – yes, the entire 5,500-mile stretch, was built mostly from cash derived from Keno. Now THAT’s interesting! 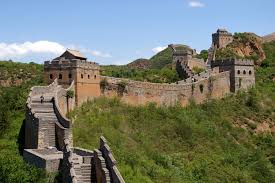 The first casino opened in Venice, Italy in 1638, and it was built by Casanova. It was known as a house for summer activities – more specifically, a ‘Summer House’ for pleasure. Later on it was established as a casino and was used to host games. It’s where it all began. Almost 400 years later, casinos and poker rooms can of course now be found all over the world.

Former U.S. President Richard Nixon funded his first congressional electoral campaign with $6,000 he’d won playing poker with former Navy colleagues. Seriously! Perhaps when he famously declared “I am not a crook”, he was referring to the money he’d won at the poker tables?:-) 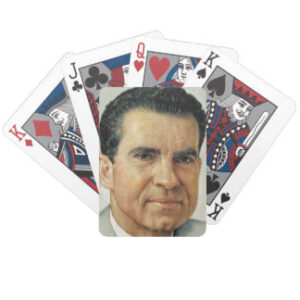 If he had been a loser at those poker games, who knows if he’d have had enough funding to even run for office that first time, let alone eventually become President of the United States?!

If you found those facts interesting, you’ll find loads more at Ladbrokes’ fact guide to gambling.

The facts listed were just some examples of how poker and casinos have really shaped our world. Can you think of any others? If so, go ahead and list them in the comments section below. We’d love to hear from you.