One of the best opportunities to collect chips in a poker tournament is when you’re the big stack on the bubble. Of course, the “bubble” refers to the stage in the game where the next player to drop out makes nothing, while everyone else is “in the money.” Survive the bubble, and you’re guaranteed, at the very least, a minimum cash. Here are some strategies to help you eliminate other players and remain in the game all the way to the final table. 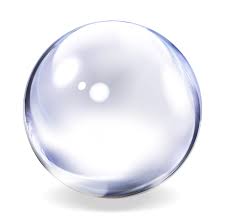 Large Stack: Take Advantage of Tight Players with These Moves

When you enter the bubble stage, it’s natural for players to begin tightening up. Pad your chip stack by picking on your opponents who play scared on the bubble. Steal their blinds for as long as they’ll let you. When a tight or passive player shows resistance, give them the benefit of the doubt. They’re not going to war with anything less than the nuts on the bubble. In general, try not to get involved with players who have a tendency to fight back. Stick to standard raises at this point and wait for the weaker players to fall.

Short Stack: Employ These Strategies to Avoid Blinding Out

If you’re nursing a short stack on the bubble, you don’t have many options except for going all-in or folding. The worst thing that can happen is to make a deep run only to blind out because of making (or not making) a move. When you know your push/fold ranges, you’ll be an expert at playing the bubble. Widen the range of hands you shove with when you’re in position to increase your chance of making it far in the tournament. When it comes to calling shoves, stay tight. 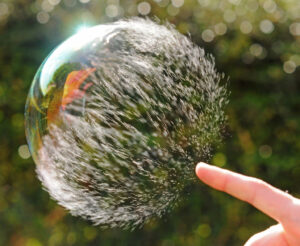 Regardless of whether you have a large or short stack on the bubble, another useful tactic that you can take advantage of is to study other players. Understanding other players’ thought processes can help you make crucial decisions when the bubble is ready to burst. There are two ways to study players: betting patterns and physical tells.

Many less experienced players are transparent when it comes to bet sizing. They bet small with a medium strength hand and make huge bets when they’re holding a monster. When a hand goes to showdown, take note of your opponent’s holding and how s/he played the hand. Through close observation, you will start to notice betting patterns that can be exploited. 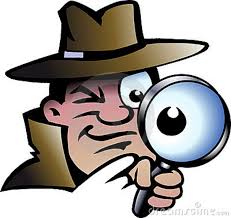 There are many kinds of physical poker tells. A few ways to spot an inexperienced and amateur player with a strong hand is if s/he is breathing heavily, his/her hands are shaking and s/he’s protecting his/her hole cards more than normal. On the other hand, a player with a weak hand will often squint their eyes and hold their cards carelessly, sporting a fake smile. Paying attention to these types of cues can help you to assess the other players, which in turn will likely increase your success in your next poker tournament. This will also be especially useful at the bubble stage.

Overall, if you are fortunate enough to get to the bubble stage of a poker tournament, taking the above tips into account can ensure that you are as successful as possible. While luck of course has the potential to contribute to a good portion of poker results one achieves, the above tips will put you in a position where skill has more of a role to play. Poker is a tough game, and with the right practice and determination, you can excel more often than not.