I’ve written in the past about a number of great mobile poker apps that are guaranteed to help you improve your poker game. Today, I’d like to examine some fun-to-play poker games that you can enjoy on your PCs and mobile devices, as well as popular game consoles.

As much as people play poker to win money – regardless of whether you’re a professional or recreational player – there are plenty of people out there who still enjoy playing the game just for fun’s sake. Arguably, the most popular play-for-fun poker platform is Zynga Poker. There are, of course a number of other great poker games you can take part in and enjoy from your own gaming consoles, PC or mobile device. 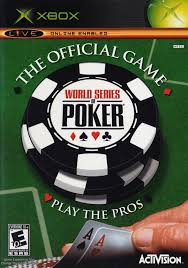 Here are some top-rated poker games you can play on your PC, game consoles, and mobile devices:

Texas Hold’em Poker is by far the most popular poker game in the industry. Its popularity has of course invaded social networking websites such as Facebook and Twitter and is certainly the favored poker variant on most poker websites. The game has evolved in different versions as developed by prestigious names in gaming, like the aforementioned Zynga, as well as Gameloft. Texas Hold’em Poker carries a versatile characteristic since it can be played as mobile poker on smartphones, tablets and other communication devices as well as on PCs and game consoles.

The Telltale Games’ Poker Night 2 is a poker game variant available for the Sony PlayStation 3. This is considered an improved version of its predecessor, which also became successful upon its entry in the industry. A real-table tournament is a great way for you to enjoy the opportunity to play with expert poker players such as Sam from Sam and Max, Claptrap from Borderlands, and Ash Williams from the Army of Darkness. The Telltale Games’ Poker Night 2 provides a rewards program where players can enjoy in-game items that are very useful as well as bounty unlocks, which can be used for game strategies.

The World Series Poker is made especially for Microsoft Windows-powered platforms and the Xbox 360. This poker game variant allows you to play as a single player or compete with other opponents through an online tournament. From the comforts of your own home, you can enjoy a game of poker as if you were in the company of other players. The latest version created is Full House Pro, which introduces a wide range of game modes and a valuable free chip, which can be enjoyed anytime.

As the game of poker continues to evolve and flourish, more poker games are sure to make their debut.