There are many live poker events taking place around the world this year, but if you’re looking for one that is going to be extra special, then look no further than the Patrik Antonius Players Championship (PAPC), presented by First Land of Poker, which takes place in Tallinn, Estonia in April.

From the 4-10 April, there are some fantastic poker tournaments taking place at the PAPC, and with a range of added extras to the festival, there’s no stopping the fun as you have the chance to not only meet Patrik Antonius, but play against him too, in a heads up challenge that will make memories to last a lifetime for one lucky player.

What’s on the Schedule?

The week-long festival has a lip-smacking Main Event, which costs €1,650 to play. The event gives you a starting stack of 30,000 chips and has 45-minute blinds throughout. The event begins on Friday 8 April and concludes on Sunday 10 April.

There are a number of appealing side events that take place throughout the schedule, too. From Monday 4 April, the satellite schedule kicks off to send players through to a number of tournaments for a fraction of the price. The biggest buy-in event on the schedule is the €10,300 PAPC Super High Roller, which has a six-max format and kicks off on Saturday 9 April at 4pm local time. There are other, lower buy-in events taking place, such as the €1,100 PLO Championship, the €220 Deepstack event and the €220 Queens Cup Ladies Event, which takes place on the penultimate day of the festival.

There are several novel formats on the event schedule, too. The Unibet Progressive Bounty event costs €440 to play and the FLOP Kick-Off Cup is €550, while there are a plethora of Pot Limit Omaha and Mixed events on the setlist, too. With a Short Deck Ante Only and Open Face Chinese Pineapple also scheduled to play on the 6th and 8th of the month, it’s an exciting schedule with something for everyone.

If directly buying in to the PAPC events isn’t quite your cup of tea, there are a number of more affordable ways to claim your seat at the table, namely through online qualifiers taking place at Olybet and Unibet, as well as live satellites taking place in Tallinn and Vilnius at Olympic Casinos venues in those destinations. Of course, not all online casino sites offer online poker. At Royal 1688, for instance, there are poker games you can play against the house, but not against other players. But we digress. 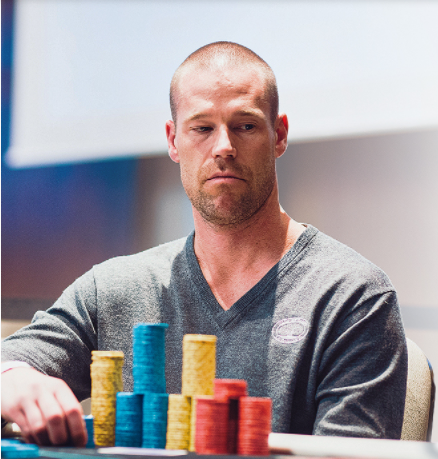 One of the most exciting aspects of the festival is Challenge Patrik, a novel idea whereupon between 16 and 24 players will take each other on in progressively more difficult challenges in order to result in one winner, who will get to play Patrik Antonius himself heads-up in an effort to win the top prize.

All Challenge Patrik participants will win a prize, which include FLOP GTO Premium Memberships for all participants, 1-to-1 training sessions with Antonius, an exclusive weekend coaching and live poker trip to Monaco, hosted by Antonius, with further prizes to be announced soon. The 4-max Shootout games will be followed by semi-final heads-up matches before the final heads-up best-of-three match against Patrik Antonius himself. The special event takes place on Thursday 7 April at the PAPC Festival at the Olympic Park Casino Tallinn in Estonia.

Unibet Ambassadors Excited for the Events

There will also be a couple of well-known Unibet ambassadors excited to be travelling to Estonia for the festivities.

“Tallinn is one of my favourite places to play poker in the world,” said Irish poker legend Dara O’Kearney, who has taken on Antonius at the felt before. “The Finns always brighten it up and make for a great atmosphere so the involvement of Finnish legend Patrik Antonius will make the event extra special.” 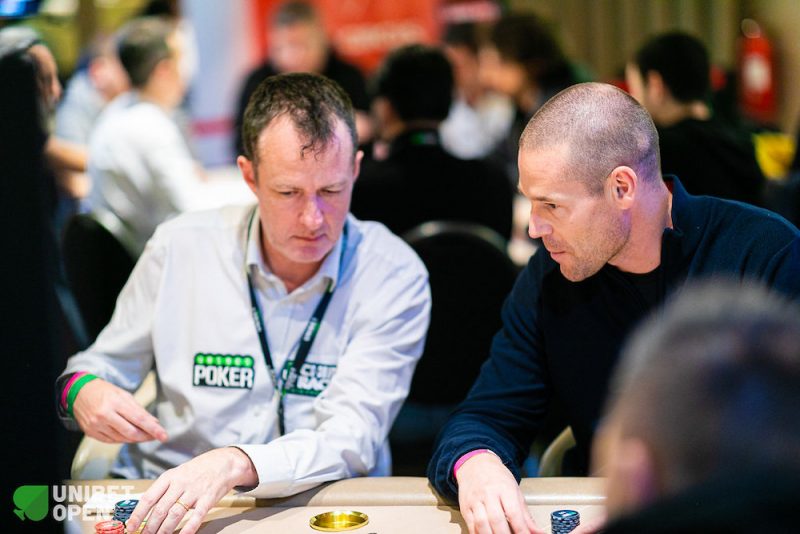 O’Kearney’s stablemate David Lappin couldn’t be happier to be heading out to Tallinn himself, and the well-travelled poker professional thinks players of all levels will get a lot out of the experience.

“Unibet are very proud to be partnering with Patrik and his poker challenge in Tallinn,” he says. “It’s a jam-packed schedule with lots of variety so every type of player will find something they love each day. I know that our qualifiers will really enjoy the extras we are putting on for them. Hopefully one of them can beat Patrik heads-up and make some headlines.”

If players can’t get enough of the action, then they can even party with Antonius on Friday 8 April from 9.00pm.

You can check out the full event schedule below, with a PDF version here.

The simplest way to make it into one of the events at the Olympic Casino Tallinn is obviously to fly to the PAPC Festival and buy-in directly. But with a massive live satellite schedule too, making it into any of the 29 scheduled events that take place across the week in Estonia is very achievable for players of any bankroll.

Lastly, but by no means least, there are a wealth of online satellites taking place on Unibet Poker, which give players who make the cut in the Main Event that tantalising shot at taking on Patrik Antonius himself. You can qualify from the comfort of your own home and take part in the 2022 Patrik Antonius Poker Challenge (PAPC), which first took place back in 2019.

With high rollers, massive Main Events and low buy-in side events, satellites and mixed games alike, the second edition of the Patrik Antonius Poker Challenge in Tallinn, Estonia will be one to remember for poker players from around the world. We can’t wait to find out if the legendary poker pro will win or lose that ‘End Boss’ heads-up for glory!