I landed in Barcelona, Spain, less than 24 hours ago and, as I write this, it’s a bit surreal to be here in this city. I’ve always dreamed of traveling to the Catalonian capital, and here we are doing the dream job of covering the PokerStars European Poker Tour Barcelona! 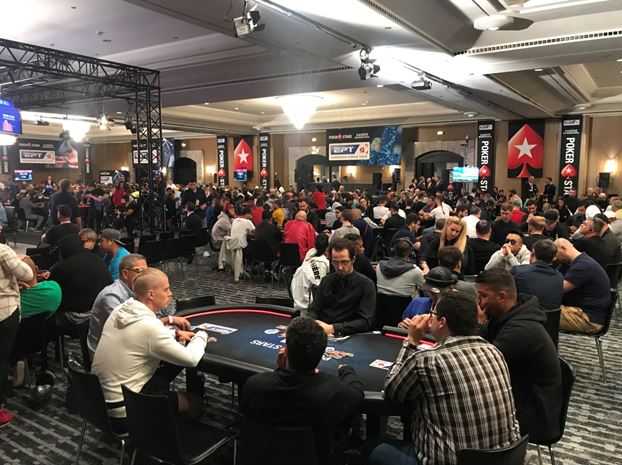 This was scheduled to be my first international poker trip, but after a last-minute deployment by PokerNews for an assignment in the Czech Republic last week, it’s actually my second. It’s been quite the whirlwind of a month work-wise, going from home (San Diego, California), to the Czech Republic, back home for one day, then out to Reno, Nevada, and from there making the 15.5-hour journey to Barcelona!

As I sit here with a few minutes before an interview with PokerStars Team Pro Andre Akkari, I can’t help but reflect on just how amazing the game of poker can be. If you’re passionate about it, whether as a player or a media member, you can end up traveling the world, going to world-class events like EPT Barcelona, and being a part of an industry that’s truly unlike any other.

EPT Barcelona is frequently mentioned by the pros as one of the very best poker festivals on the calendar.

After consuming plenty of hours of streaming coverage from EPT events of years past, “excited to be here” isn’t quite strong enough to describe how it feels to arrive at Casino Barcelona!

Another intriguing tournament that took place today was the Chase Your Dream – Play Against Your Heroes event. Qualifiers for this tournament were held online at PokerStars in July. The winners of those tournaments were then invited to send in a video showcasing their personalities and telling their poker stories. 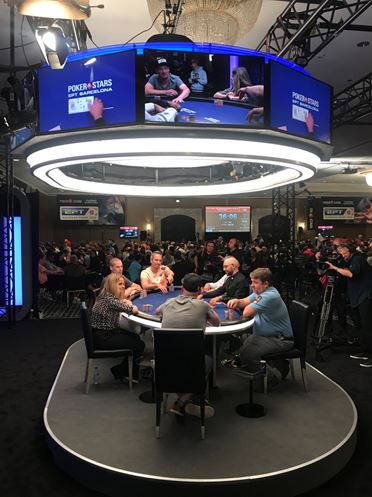 The best five submissions were selected to come to Barcelona and play in the Chase Your Dream event. The unique format of this tournament saw each qualifier play 25 hands against a PokerStars Pro, and the two players who ended up with the biggest stacks after that challenge faced each other heads-up for the €10,000 grand prize. The top-performing pro also got €10,000 to donate to the charity of their choice.

Oh, and by now you’ve probably heard the news that the five players who qualified for this unique event also got something else… As if this year’s EPT Barcelona wasn’t amazing enough, next year’s festival, boosted by the #PSPC2020 promises to be absolutely spectacular!

ICYMI: The #PSPC is back and will take place in Barcelona, August 20th-24th, 2020.
These five fine folk are the first #PlatinumPass holders, and they won theirs earlier today at #EPTBarcelona.
Get to know them a little better: https://t.co/MxyFJxchz0 pic.twitter.com/Trv2aUt4MK

I’ve had a chance to walk around the main tournament room now, and it’s full of poker’s finest.

Let’s start with the aforementioned Chase Your Dream Tournament, where the five qualifying participants sat down to play cards with Patrik Antonius, Chris Moneymaker, Fatima de Melo, Lex Veldhuis and the Voice of the UFC Octagon, Bruce Buffer.

In the Main Event itself, players like Andre Akkari, Maria Lampropulos, Sylvain Loosli, Ari Engel, Ryan Riess, Anthony Zinno and a slew of other world-class players showed up at the Casino Barcelona poker room, and that’s just the Day 1b field.

Some of the players that await from the Day 1a field, having already made it to Day 2, include Isaac Haxton, Kristen Bicknell, David “ODB” Baker, Gaelle Baumann, Anton Wigg and Steve O’Dwyer.

No PokerStars event would be complete, of course, without PokerStars ambassadors like Maria Konnikova, Kalidou Sow, de Melo and Moneymaker, all of whom bagged Day 1a. Day 2 is going to be something special, as is the remainder of the 2019 EPT Barcelona.

Of course, all these pros, and thousands of non-pros are all chasing big prize money, plus the gorgeous trophies on display! 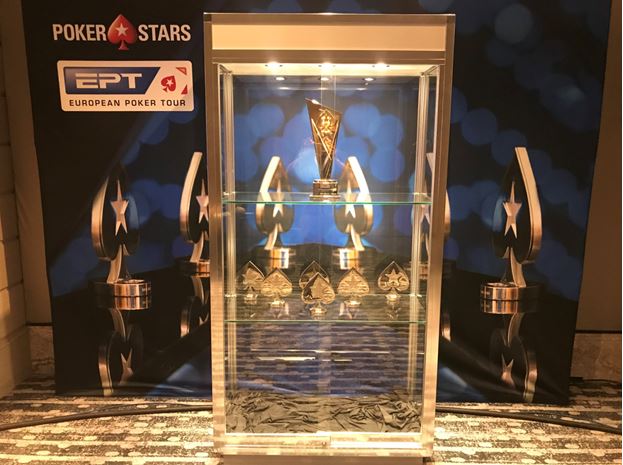 It’s also great to run into some of my poker media colleagues and work side-by-side with them in the media room as we try to provide coverage of this event from every conceivable angle.

I’m truly privileged to be here, at one of the best poker festivals in the world, in a dream destination city. There will be plenty more to come over the next week or so, so follow along here at Cardplayer Lifestyle!