Waves. The most exquisite sounds of gently cascading waves…

For the past few weeks, I’ve been blessed to have the calming, relaxing sound of waves ringing in my ears. It’s a sound I made sure to capture while enjoying the most beautiful, picturesque view from my hotel room at the Hilton in St. Julian’s, Malta. 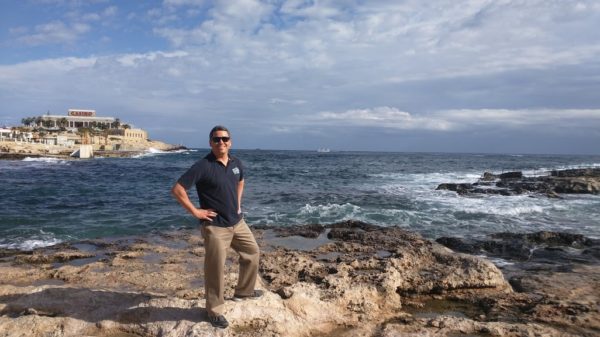 Enjoying the breathtaking scenery and sounds of the waves, right outside our hotel room

November, a month in which most Northern Hemisphere locales witness seasonal transition and start preparing for cold winters, is beautiful and balmy in Malta, a small gorgeous island in the heart of the Mediterranean Sea. I traveled there at the beginning of this month to attend the inaugural Malta Poker Festival. I was to be a special poker trip, as it just so happened to be my birthday on the third of the month and my wife, Miriam, was able to join me.

First knew I’d be going to @the_malta way back before the WSOP… been waiting for it for a while. It’s finally here and I’m headed out to the airport soon!#excited 🇲🇹✈️https://t.co/efN9S6NEYa

The Sights and Sounds of Malta

I always say that it’s so important when traveling for poker to also get out and explore your destination. There’s plenty of fun and excitement to be had within the walls of the poker room, but not taking the time to discover what lies beyond the felt would just be a shame. I practice what I preach and, especially as this was my first visit to Malta, I made sure to see what it had to offer.

Our first excursion was to the country’s capital city of Valletta, where we took a three-hour walking tour. Among the many fascinating facts we learned while taking in the sights and sounds:

Sure, you can perhaps learn all those factoids by doing some online research or while thumbing through the pages of a travel guide, but nothing compares to hearing a place’s history told to you by a local, showing off his/her immense pride in their city. Our guide, Jennifer, was simply delightful. 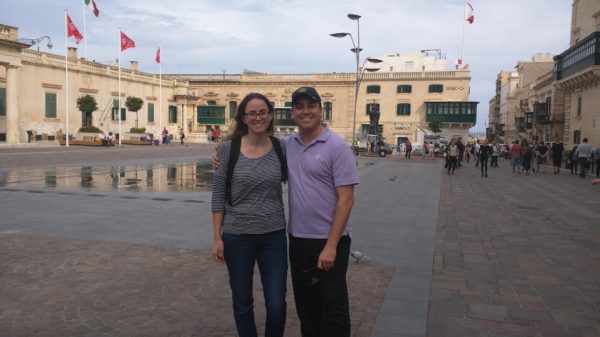 Me and Miriam in Valletta

Taking some time to sightsee in Valletta. Beautiful! Recognizing some familiar scenery from popular movies and TV shows… pic.twitter.com/HzywaTzPNH

Getting out a bit further, we decided to take a hop-on/hop-off tour of the northern half of the island. Along the way, we stopped in Mdina, for some more history lessons and unforgettable views. 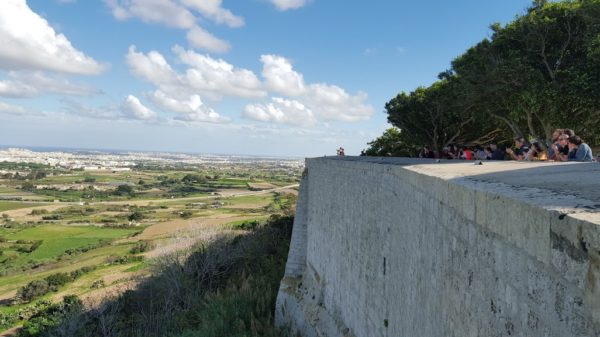 View from the walled city of Mdina; you can’t get much more “inland” in Malta

I might be at home working now, but I’m reminiscing about a beautiful day sightseeing in Mdina… 🇲🇹 #Goodtimes pic.twitter.com/T9pD2IjYvf

If you just feel like taking a pleasant bus ride and taking in the sights from the comfort of a motorized vehicle, the circuitous journey takes just over two hours without hopping off. There’s also a route taking you to the southern half of the island; we’ll have to do that on our next visit.

How about the Food?

As longtime readers know, I stick to a strictly kosher diet, which usually means that I can’t really partake of the local cuisine during my poker trips. With that said, Miriam and I were thrilled to discover that Malta had precisely one kosher dining establishment, run by the local branch of Chabad, and it was a mere 10-minute walk from our hotel. 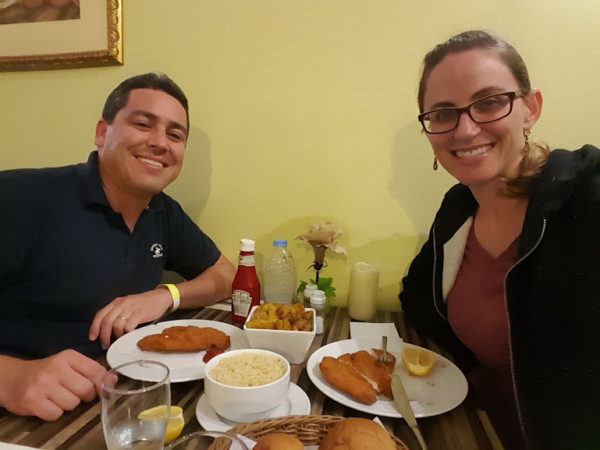 One of our dinners at the Chabad House in Malta

It wasn’t 5-star gourmet cuisine, but the food was plentiful, filling, and tasty – and most importantly, a welcome respite from the canned perishables we brought with us from home.

Speaking of Chabad, a recap of my time in Malta wouldn’t be complete without mentioning the Sabbath. For 25 hours, from Friday night until Saturday night, we “logged off from the world” and enjoyed true rest. Aside from lots of book reading in our room while watching and listening to those incredible waves, we spent a special couple of hours on both Friday evening and Saturday morning in prayer and breaking bread with our fellow Jews.

Should be interesting to spend Shabbat here in Malta. Looking forward to it and to sharing some of those experiences with y’all as part of an upcoming article.

Malta is home to just 200 or so Jews among its population of close to half a million people. Chabad services the local community, to be sure, but is also called upon to cater (both figuratively and literally) for visiting Jews from all over the world. At our meal were present visitors from Russia, Israel, Italy, the United States, Gibraltar, and Australia. Some were in town for a big Blockchain Summit (like my buddy Yishai, who wrote this awesome guest post about his first-time experience as a poker spectator), a couple (like me) for the Malta Poker Festival, others on business, and still others simply on vacation. A warm “extended family” gathering we won’t soon forget.

What about the Poker?

Ah right; the “Cardplayer” part of our site 😃.

Lots and lots of poker tables here at @the_malta (they’re all full now, but I managed to snap some pics of them empty during a break in the action). 😃🇲🇹 pic.twitter.com/WUHijGTJ1z

The poker tournament schedule was littered with interesting events to play, including the first-ever Hendon Mob Championship, the APAT Maltese Championship, and even a couple “Malta-themed’ events, like “Win the Cross” and PLO Knight Crusaders. Buy-ins were affordable across the board, with €550 for the Grand Event and €1200 + €120 being the most anyone would have to shell out to participate. Great player turnouts (especially for an inaugural festival) ensured lucrative payouts for those who made it into the winners circle, including a fantastic €150,000 to Emanuele Onnis who took down the Grand Event, besting 1,365 other players. 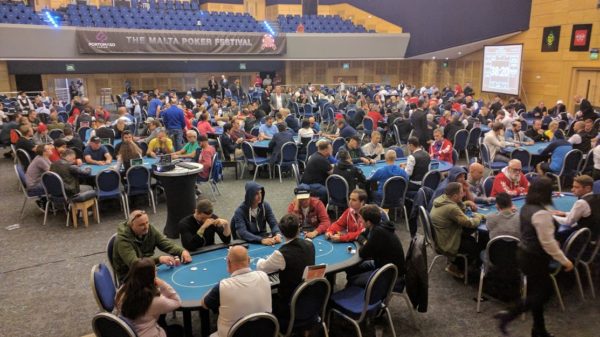 The action was rocking at the Malta Poker Festival

Particularly impressive, in this writer’s opinion, was the Ladies Event, which attracted over 100 players! Heavy advance promotion by Event Director Ivonne Montealegre and Unibet Open ambassador Daiva Byrne, among others, as well as online satellites, brought the ladies out of the woodwork to create a truly one-of-a-kind atmosphere.

As entertaining as it is to watch the action at an exciting poker festival, I couldn’t just sit on the sidelines the entire time, so I decided to participate in the Israeli Poker Championship tour event. No winners photo to share with you, unfortunately, but I had a good time…

I also took the opportunity to put in a couple of cash game sessions, once on my birthday in the Portomaso Casino, where the Malta Poker Festival was taking place, and once on the night before my return flight, at the nearby Dragonara Casino.

A Special Island and a Special Poker Experience

From the moment I landed back home in Israel I’ve been telling my friends and family about how great a time I had in Malta. My six days there featured the perfect combination of all my loves and passions: time with my wife, travel and sightseeing, a restful sabbath, doing poker media coverage, and getting to play poker. What a fantastic poker trip it was!

I can’t wait to have the opportunity to once again return to that blissful Mediterranean island. Maybe I’ll even bring my kids next time?

I can already hear the waves calling me back…