With just over a week until the 2021 World Series of Poker returns to Las Vegas after a year’s hiatus, speculation is rife about which poker players will win a fabled WSOP gold bracelet.

The hype is real, but can we pick some winners from the thousands of professionals, recreational players, and celebrities who’ll doubtless be taking part? We’ll do our best. Risking reputation, we’ve picked 10 players who you can cheer on to glory whether you’re watching the live action on PokerGO, waiting for the highlights shows on CBS Sports, or just clicking refresh like you’re operating a computer in 1998.

While the rest of us will have to be content just dreaming of riches, the kind that you could win playing at sites like Hyperino Casino, these pro poker players below will be actively chasing big money at the felt… and it’s going to be riveting to watch them!

It’s impossible to ignore the youth of any sport, but in poker, it is the worst kind of folly. Therefore, how can we reasonably consider any ten players without rolling the Tice… ahem, dice. Landon Tice has the name of a Star Wars character, the hair of a Star Wars character, and the poker skills of… well, a phenomenally good poker player. Already taking on the best of the best in heads-up battles as well as dominating online, Tice plays with absolutely no fear at all. That’s a recipe for success and we see this bracelet coming early when the young man could use his aggression to devastating effect.

Giving 20% of his winnings to charity, how can anyone not root for the man who is currently fifth on the all-time money list for live tournament winnings? The Double Up Drive founder is an absolute boss on the felt. He has cashed 44 times in World Series of Poker events, yet has somehow never won a WSOP bracelet. That anomaly is bound to be corrected sooner rather than later if the ‘Cowboy’ plays enough events. Over the past 15 years, Smith has finished third on six occasions in WSOP events and runner-up twice. It’s merely a matter of time before he lands that gold bracelet, and we think it could be this autumn.

The Scottish poker legend is traveling to Las Vegas on a World Series mission, via Mexico and border control with a beaming smile and a terrific record in the United States. Known as ‘Firaldo’ online, Farrell already has a bracelet in his pocket after conquering the WSOPE €25,000 NLHE High Roller in Rozvadov in 2017. We’ve spoken to Farrell and know how keen he is to add a bracelet on U.S. soil to his collection. He’s out in Sin City for the whole series and with many British players staying home, we feel that the sheer effort he’s expending to get out there makes Farrell a highly dangerous opponent at the felt.

*pending ability to travel to the United States to play given current US border restrictions.

Until this week, poker fans could have been forgiven for not hearing of the prodigious talent that is Christine Do. That was, of course, until she reached the final table of the WSOP Online Series Main Event on GGPoker. Having bagged a $1 million payday for fourth place, she’s shot to fame ‘overnight*’ (*after years of hard work).

Massive congratulations to the fantastic @Chri57ined on her 4th place finish in the WSOP Main Event Online last night for an impressive $1,072,405!! Well done on showing what can be achieved to all of us ♥️ pic.twitter.com/iHA3DT0zCa

Do’s 18 cashes in WSOP Online events last year, coupled with seven cashes in 2021 events herald a major talent who only needs a bracelet for the world to sit up and take notice. That could easily happen in Las Vegas this autumn.

Also check out: 5 Canadian Players to Watch for the 2021 WSOP

There’s no doubt which player will want to win a WSOP bracelet more than anyone else. For Daniel Negreanu, the last eight years have been phenomenally successful, with Negreanu cashing for over $20m in poker tournaments alone. In that time, he has become perhaps the most recognizable name and face of poker globally, but there’s one thing that hasn’t happened in that period.

He hasn’t won a WSOP bracelet.

In fact, if you want to be persnickety – and that’s kind of our job – the Canadian poker phenom, known as ‘Kid Poker’ hasn’t won a bracelet in America since the 2008 World Series, with his two bracelets in 2013 coming in Australia and France. Negreanu is bound to be playing as many events as humanly possible. Almost certain to reach five or six final tables with that schedule, we think Negreanu’s earlier success this year in the PokerGO Cup and Poker Masters could lead to more trophy success. He has the hunger to close out events and the momentum to back up his incredible skill at the felt with the most precious commodity in poker — confidence.

Negreanu’s fellow ‘Mount Rushmore’ friend Phil Ivey has to be in consideration for a bracelet this year, too. Having bagged several titles since his last bracelet, Ivey has become something of a master in the Short Deck game. With more Short Deck events each year, as well as high-ticket tournaments he’ll be a massive threat in, it could be Ivey’s year to break clear of Johnny Chan and Doyle Brunson and make it to 11 titles. Just four behind a certain other Phil.

Phil Ivey says he’s looking to play at the 2021 @WSOP: “I’m not sure about full schedule, but I’m planning on playing a few events”https://t.co/Qj33hHvOdp pic.twitter.com/wkobeqUB6a

Another player we think will be a real danger at the felt this year is Jordan Cristos. With 62 cashes and over $700,000 in earnings, the Nevada-based pro has already cut his teeth in World Series events. This year he is firing hard, and when we asked him what he’ll be playing his response was short and unequivocal. “Everything,” he told us, “WSOP starting the 29th, alongside Wynn and Venetian. The most important days of my life are here.” No one is more fired up to prove he’s got what it takes to grab gold this summer. Cristos is a terrific player who has the ability to mix it up at all levels, with recent experience at a variety of buy-ins.

A player who could fly slightly under the radar is Sean Winter, who is also yet to win a bracelet and, in our opinion, long overdue. Winter won’t play as many events as some others, but in high rollers especially, he can be a real danger. With a runner-up result in the 2018 $50,000-entry High Roller, Winter has come close to glory before. Although that earned him a $1 million score, losing out to Ben Yu will have hurt. It could be that 2021 is the year that Winter is coming… for that bracelet. 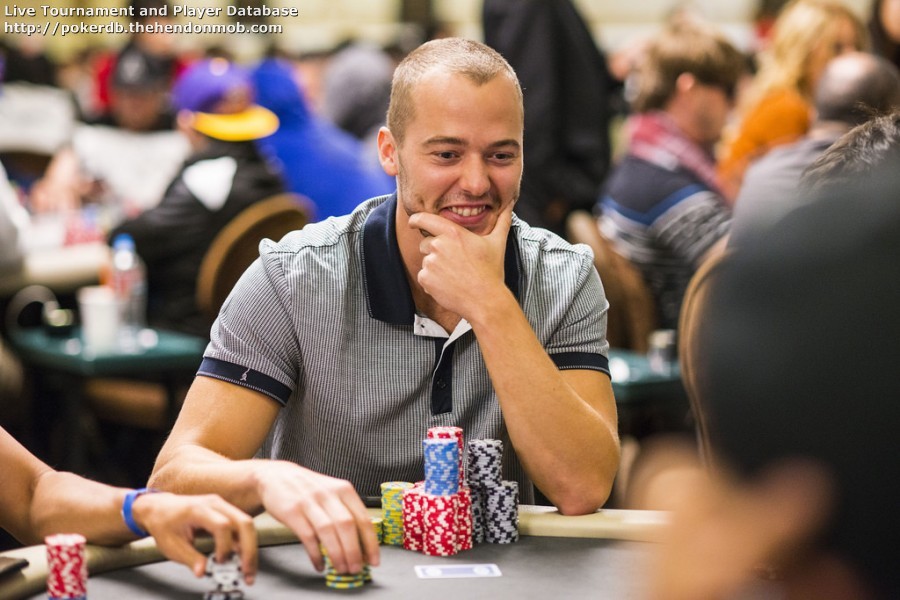 Another player aiming to fly high this summer is Daniel Lazrus. Lazrus has been in fine form this summer during the WSOP Online Series, winning the Nevada-based Event #28 for $205,347. That score, coupled with the fact that in his own words, he’s ‘had the pleasure of being coached by probably the best in world right now’ make Lazrus a real danger. Vegas is paid for already with that Online Series result and Lazrus, who has put huge work in on pre-flop, post-flop, and ICM, could see his studies pay off in stunning fashion.

It’s easy to forget that the third Canadian on our list, Sam Greenwood, is already a WSOP bracelet winner, having won a $1,000-entry event in 2015 for $318,977. Greenwood, however, is probably most remembered for a horrific bust-out in the 2019 Main Event when Timothy Su got there against his pocket aces when Greenwood was an 82% favorite with one card to come. That pot would have given Greenwood the chip lead in the Main Event with 44 players left. Instead, he crashed out in 45th . Ever since then, this reporter has been willing him on to win something huge in the WSOP for recompense. Sure, my last pick is based on emotion, but it is backed up by the belief in the brilliance of Greenwood. He’s one of the best poker players in the world.

All 10 picks could bring a bracelet home, but which is your favorite? Let us know on Twitter and start the argument. It’s very nearly go time!